Christianity’s friends, stand back ! We’re at the gates of Glenn Benton’s kingdom : Deicide. Created in 1987 by Glenn Benton (bass and voice), Steve Asheim (drums) and brothers Eric and Brian Hoffman (guitars), they released two demo under the name of Amon, switching name in 1989 for Deicide and tell religious horrors and blasphemy.

They’re currently (with some line-up changes) working on their twelfth album, but it’s in my opinion the fourth, Serpents Of The Light, which is the best one : in 1997, Death Metal golden age, how one of many american bands knew how to stand out ? It’s probably because they were here from the beginning, and because their sound is still the same, all along albums. Glenn Benton’s mischiefs (whose inverted cross on his face) are also contributing to the legend, but it’s riff’s quality over all that hit our mind. Hell is open. 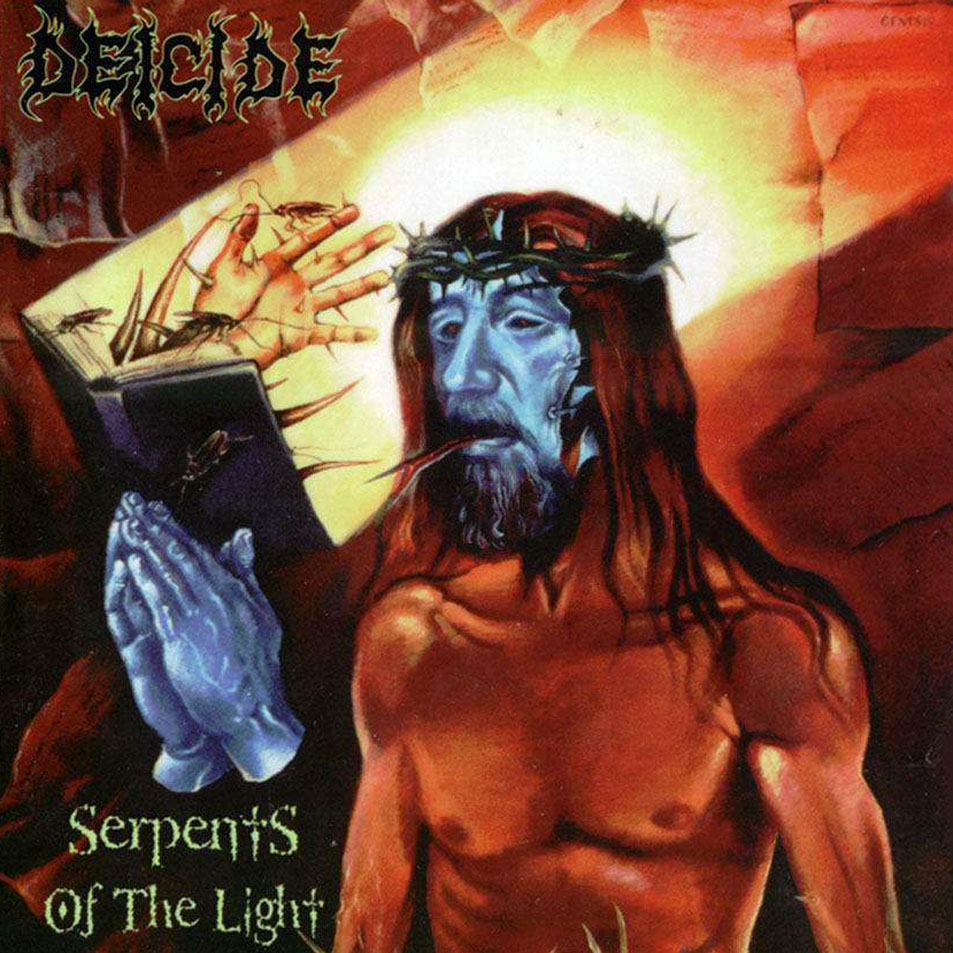 At Serpents Of The Light’s primary notes, we know that the song is fast and violent. A highly saturated sound, a flawless blast beat and an insane screaming voice. It’s the same for Bastards Of Christ, one of the shortest song from this record. Glenn Benton’s voice is mixed between his hollow growl and his sharp scream for an absorbing final mix.
You need a rest ? No, Blame It On God won’t slow the tempo down, screaming riffs are falling and Glenn Benton seems to be possessed. There Is Hell We’re In’s recipe is the same, with more melodic riffs on the chorus, while I Am No One, I can hear some Thrash Metal roots, and the bass sound increase this feeling.

Slave To The Cross’ introduction can be proud to have some melodic tones, because it’s a bit uncommon for such a raw Death Metal song, while Creatures Of Habit focuses on violence and raw side of its riffs to convince us. Believe The Lie has the second most catchy chorus of this record after Serpents Of The Light : on a near from Progressive riff, Glen Benton’s voice as insane as ever perfectly fits.

The Truth Above allow Benton to use a slower phrasing than on every song and to increase the deepness of his voice, while instruments unleash to create an incredible rhythm speed. The last song, Father’s Baker, highlights the bass sound, with a flood of harmonics that falls as much as an axe on logs in winter.

Are your hair still smooth and silky after this Death Metal lesson ? So let’s take the same songs and play it again ! Deicide’s live appearance are in my opinion too rare to be missed, but I had a view of hell at Hellfest 2016. An unusual perfection.

One thought on “Review 057 : Deicide – Serpents Of The Light – English”