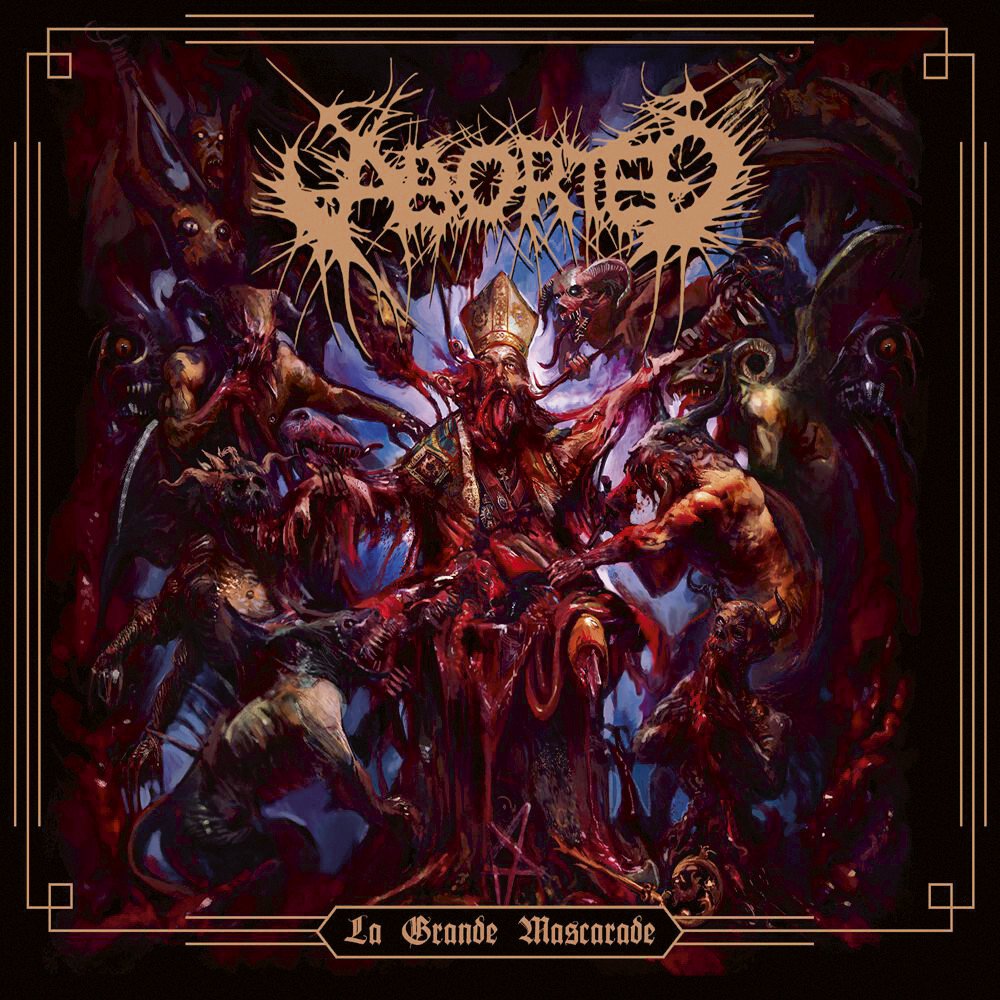 Three tracks recorded at Kohlekeller Studio, and that’s Gloom and the Art of Tribulation that begins with a worrying sample. Quickly, the band’s brutality and technicity blow away. Under the vocalist’s howls, rhythmic heavily rages. Piercing and dissonant leads are added to this blend, developing again violence, and after this furious storm Serpent of Depravity comes. We find back a fast-paced blast beat and an impressive mix that allows each musician to add his touch to the band’s sound. The guitar duo also allows to support the rhythmic with harmonics before letting us with Funereal Malediction, the last song. More focused on shades between guitars and bass, the track allows once again to prove that it is possible to cleverly bind technicity and pure violence. Rhythm part seems to calm down on the last part, but a massive break finish us off.

Aborted never disappoint, and it won’t be the first time with La Grande Mascarade. Three songs only is short, but it allows to make us wait while waiting for the next album. My advice? Go for it.