When sameness hits, Katapult comes to pass slaps out with A Fistful of Truth. 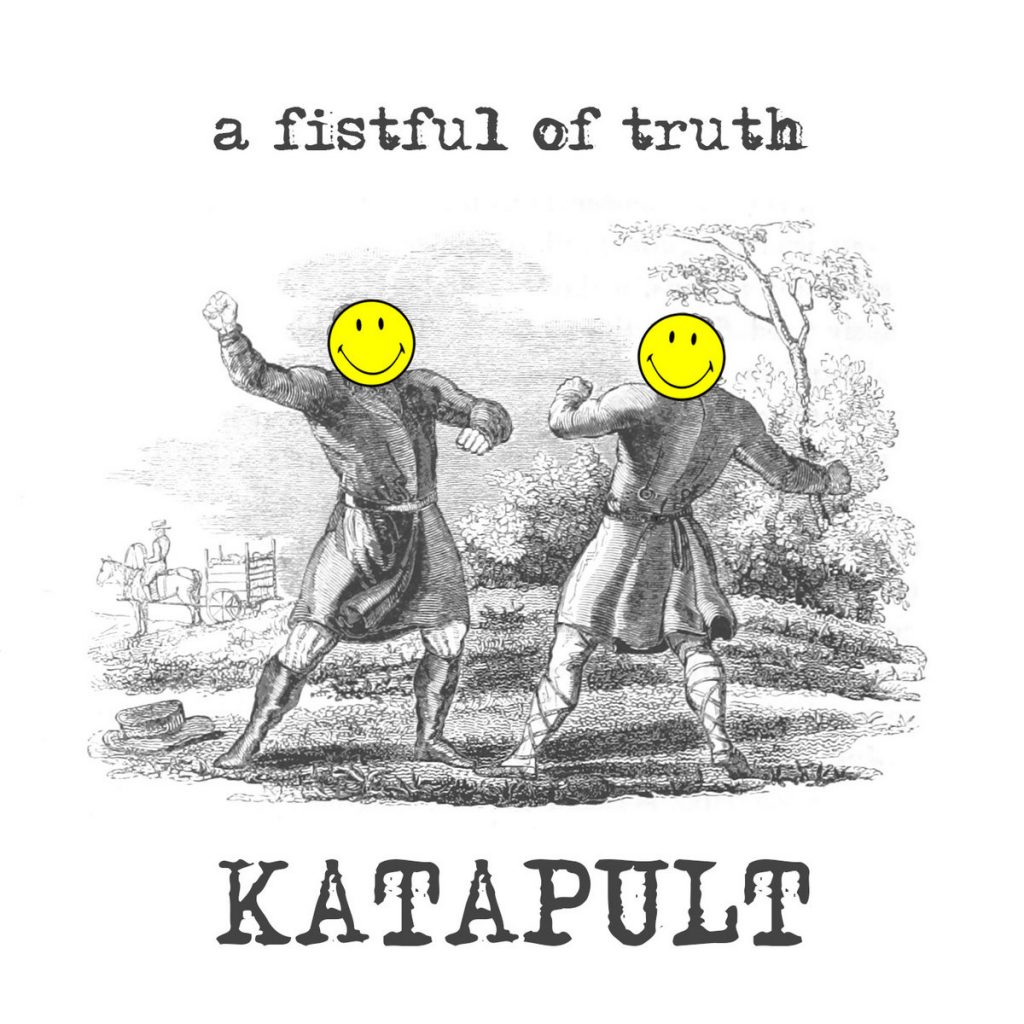 We begin by Siege, Destroy, Annihilate, and since the very beginning riffs give us the will to punch our neighbours without reason. Rhythmic is heavy, choirs add this energy outburst. Whether riffs’ basis is clearly focused on Hardcore patterns, some harmonics remind us a stirring Thrash Metal. Next step, P.R.O.F.I.T. and its melodies, a song that clearly focuses on guitars. Obviously the jerky rhythm part ensures a violent basis, but the track also picks some elements to Hardcore-Punk, unveiling the band’s influences. To the solo succeeds a rawer mosh part, and this musical blend is as effective as on A Fistful of Truth. Whether lead guitar plays catchy parts, the rhythm part is also very motivated! We keep this energy until the end of the song, but also after L’Appel du Vide’s soaring introduction. The track is more dissonant, more ambient, but rough riffs stands out again quickly, and that will make people move in a pit for sure.

For a first production, Katapult did a great job! A Fistful of Truth is energic, reveals the band’s roots and is pretty well mixed. Their sound met the expectations of most ambitious productions, and I think that we will quickly see the band’s name on some shows or festivals bills!

One thought on “Review 182: Katapult – A Fistful of Truth – English”