Even if it’s nearly thirty years old, Melodic Death Metal still have fine days ahead, starting with Beyond Shadows.

Created in United States by Daniel (vocals/guitar/bass) and Chris (drums), the band quickly reveals Wolf’s Blood, its first EP. You are advised to watch out. 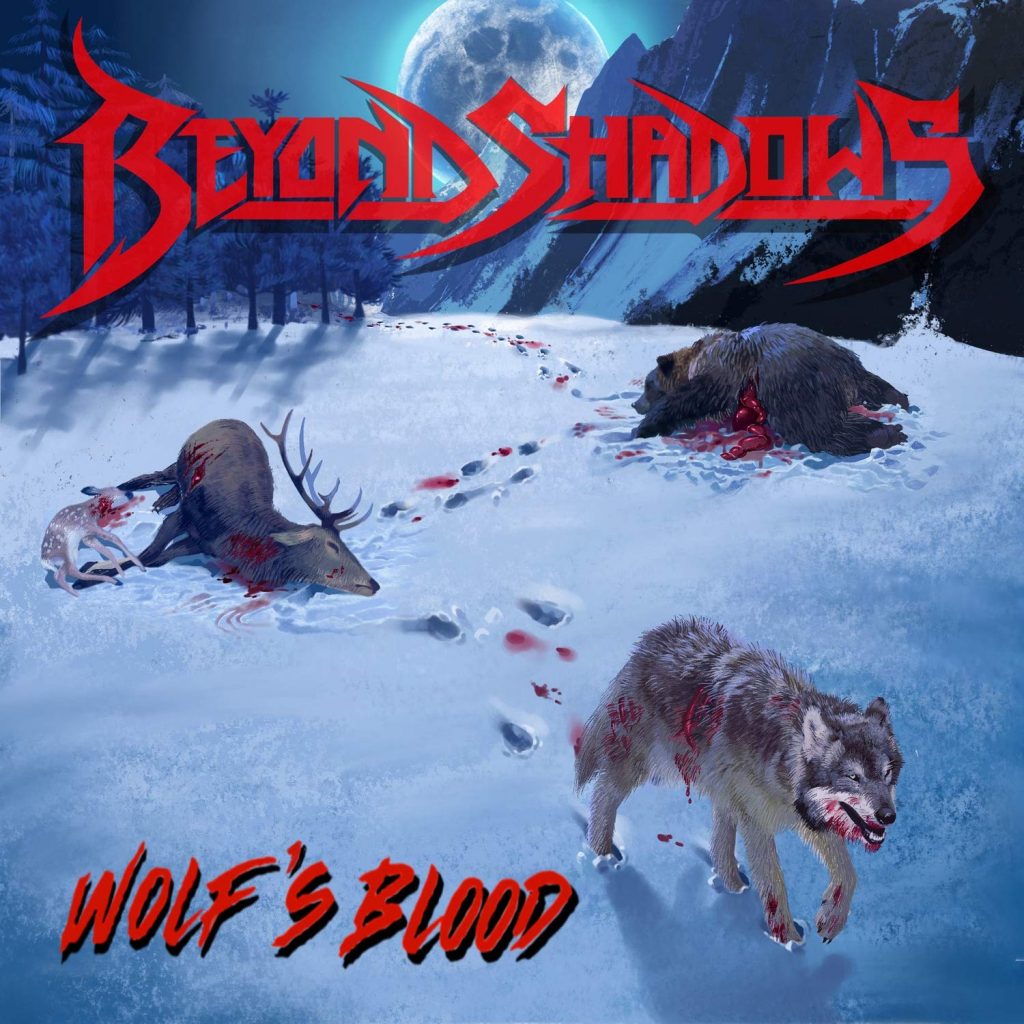 We begin with Never an Answer, a very virulent track at the beginning that do not hesitate to include blast beats and sharp harmonics at the heart of its riffs. Heaviness meets those nordic melodies on which the vocalist howls. After an interesting first contact the band releases Wolf’s Blood, the eponymous track, which is also the longest one. Once again, some swedish ambiences, but also an underlying violence into lead guitar parts that suddenly explodes. Sound is sharp and can also hasten when needed. Keyboard introduces Regret is my Name, before more ferocious riffs, but that doesn’t overlook both strength nor melodicity. Sometimes picking into Thrash Metal, the track never forgets this impressive Death Metal basis and some energy bursts to keep intensity untouched. Screaming Eyes (Go Unheard), the last track, begins with an airy clean sound but saturation fastly comes back to unleash the band’s fury. Some clean sounding choirs support screams on the epic chorus, and after a last assault, the band lys down their weapons.

Beyond Shadows’ very first production says a lot about their ambitions! With Wolf’s Blood, the duo ensures a promising entry into the scene. I personally am eager for the next one!

One thought on “Review 184: Beyond Shadows – Wolf’s Blood – English”