A first EP is sometimes a synonym of quality, as Deathing proves us.

Founded in Finland in 2014 by Marko Mäkinen (vocals/guitar) et Mikko Kivimäki (drums), the two guys quickly hire Rami Vartiainen (bass) et Mika Lehtinen (guitar) to play Melodic Death Metal. All Hail The Decay, their first EP, sees the light in 2020, and you will be surprised. 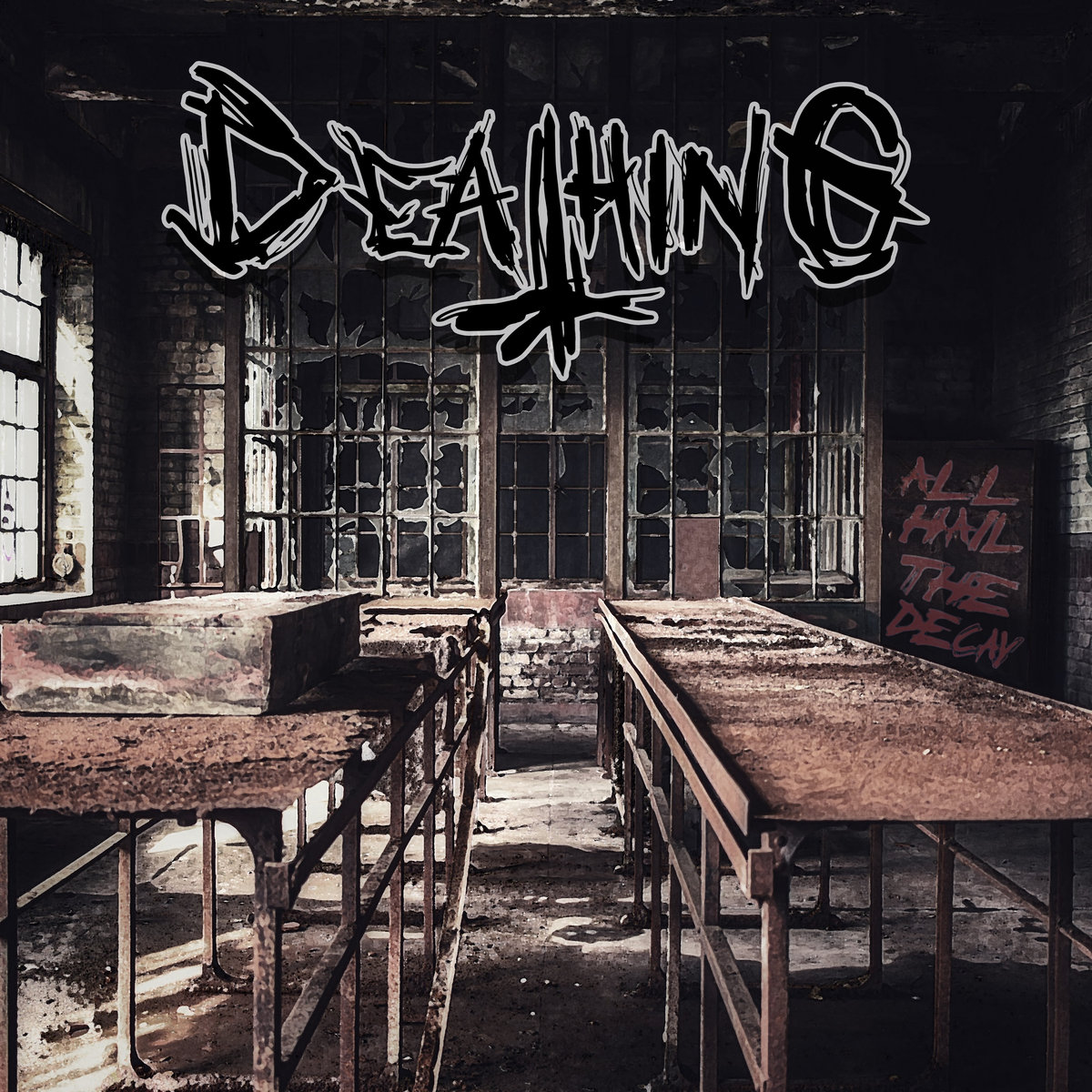 We begin with Kings of Terror, a vivid and sharp song that melts the band’s Old School influences with modern patterns full of jerks and a crazy screaming voice. It’s indeed the vocalist that leads the song, between terrifying howls and nearly clean voice under effective riffs. Slower and more dissonant, Crash and Burn also introduces an energetic and catchy rhythmic. About vocals, the singer is clearly unleashed, offering a large panel of schizophrenic screams, from clean tortured voice to visceral screams. Death World Alive drifts towards Thrash/Death for fast-paced and groovy riffs while keeping madness and fury untouched, calling a typically finnish and icy rhythmic. But the band’s touch quickly surfaces again, leading us to Sickness. The track is heavy, using in a first time of palm-mute, then going back on this spiteful energy to sign a short but massive song. For their last track, the Finnishs decided to do a cover of Blinded By Fear, from the legendary band At The Gates. Respecting to the note the original composition, the group violently add its stony and sharp touch. A perfect conclusion!

Deathing took its time to offer a first EP, but the quality is there. All Hail The Decay is short but intense, fiercely revealing their universe. A cover as last song is a tough exercise, but the Finns know how to get their style and it suggests an excellent next release!

One thought on “Review 194: Deathing – All Hail The Decay – English”