Sepulchral Curse come back to mark the Black/Death scene with Only Ashes Remain, their first album.

Created in Finland in 2013 by Niilas Nissilä (bass, Apparition), Tommi Ilmanen (drums/choirs, Gambanteinn, Yawning Void, Beyond the Below, ex-Dethera, ex-Urgamla), Jaakko Riihimäki (guitar, ex-Dethera, ex-Gladenfold) and Kari Kankaanpää (vocals, Solothus, Yawning Void), the band releases a first EP the next year, then recruit Aleksi Luukka (guitare, Gambanteinn, Solothus, Yawning Void) in 2015. It’s as a five-piece band that they record a second EP, released in 2016, then their first full-length comes out in 2020. 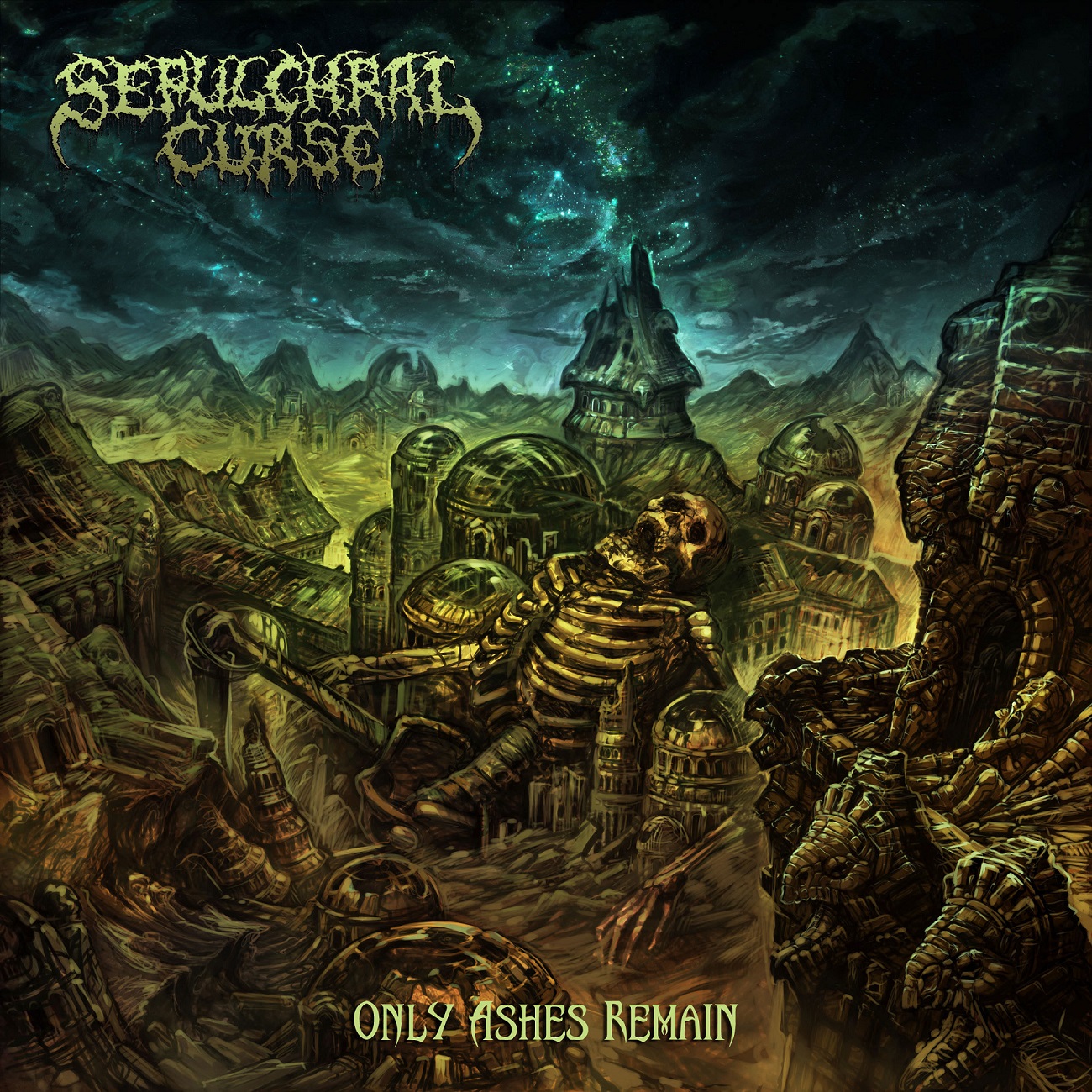 Deeply anchored in an Old School sound that melts Death Metal’s heaviness and violence with Black Metal’s darkness and sometimes gathered with Doom Death boldness, the band offers us seven songs with several ambiences, but they’re each as catchy and interesting. We begin with From Within the Bowels of the Earth, a song that plays on blast beat and undeniable effectiveness that keep a melodic side. The band hits strongly from the very beginning, and Swarming Blackness comes to break the rhythm. Adding sharp harmonics, the track let Black Metal takes control while we discover dissonant sonorities on Into the Depths Unknown. Darker, the song also counts on vocals from the grave that sometimes walks with the singer’s powerful growl. Languor seizes Eyes Inside’s rhythmic, a song that conjugates thick riffs and some kind of melancholy, but we can feel that the band is ready to speed the tempo up, allowing furor and fury to explode. The song is long, which allows to twine its ambience until the end, while Church of Loss, the shortest and more direct track. The lively rhythmic hastens again, allowing each instrument a good place as well as the two voices types, then slows down during lasts moments. We go to Dead Stars Drawing Spirals, a very Death-oriented song, as well as the stabbing guitar than in this energetic rhythmic, and sometimes riffs get catchy sounds. Last song, Maan Tuhkien Uneen plays on both instruments heaviness, especially the stunning bass, and cavernous growls. This composition is the longest one, and it allows the Finns to include a harmonic break on the middle of the composition before going back on a solid rhythmic, linking once again all their influences.

Whether Sepulchral Curse took their time to polish Only Ashes Remain, it’s not for nothing. Because the album, in addition to be extremely rich, is catchy and effective! The band cleverly melts all the sounds that compose their universe and conscientiously strike us with them. The Finns can be proud about their work.