After an important line-up change, Cancer comes back to haunt us.

Created in 2016, the band is now based on the duo formed by John Pescod (vocals, Inquinamentum, ex-Deadspace) and Dan Jackson (guitar, ex-Deadspace) after Chris Gebauer’s departure (drums, Exitium Sui, Humanitas Error Est, ex-Deadspace) in the end of 2019. But musicians didn’t lose inspiration and unveil Opioid, their second album, based on the art of Thomas de Quincey, author from XIXth century.. 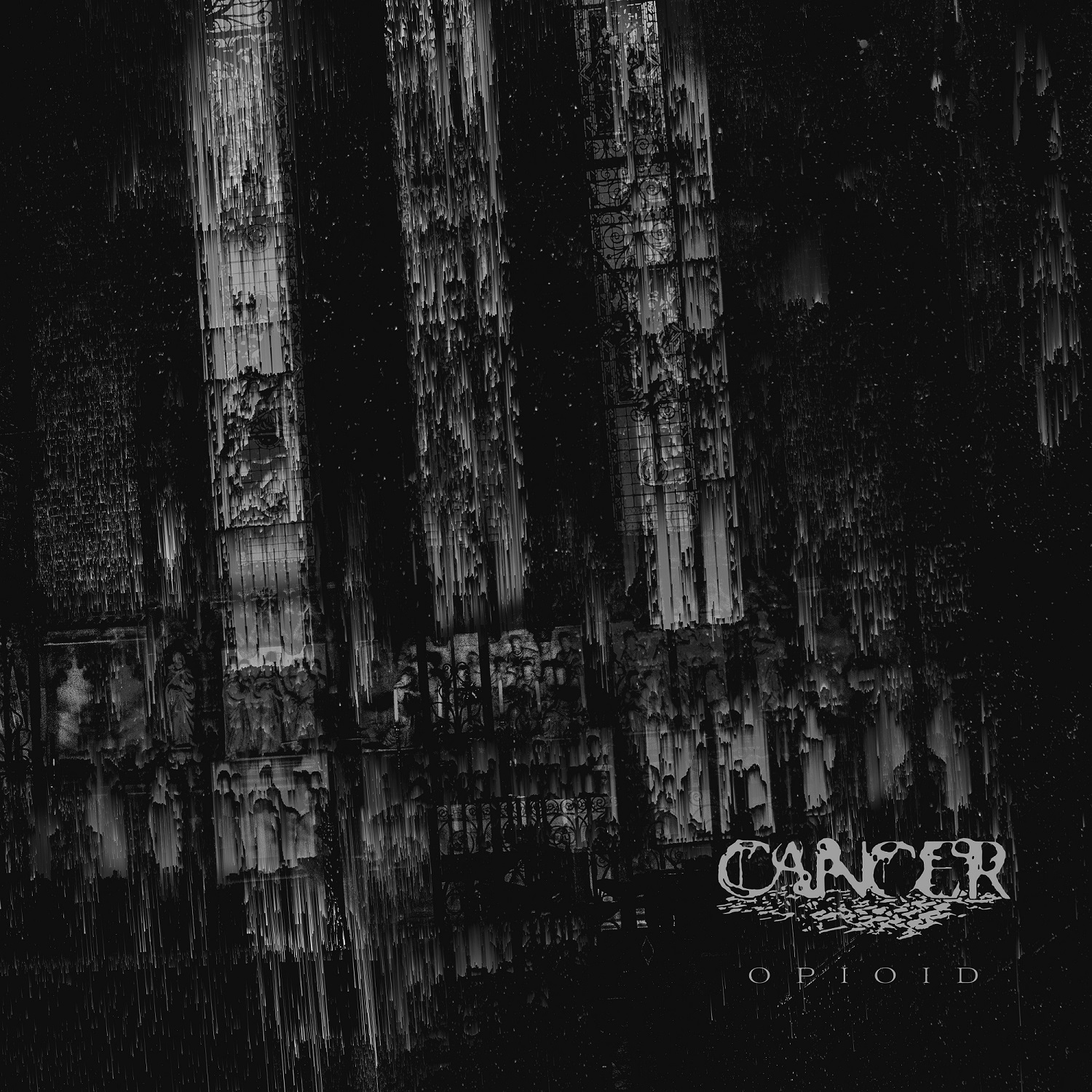 The first song, The Eater, seems to be an introduction to the darkness which are about to wrap us. Blackness and melancholy melt into the rhythmic, while the vocalist’s howlings of despair already penetrate our mind. Oppression gets stronger with The Dreamer, a song full of worrying whispers that complete terrifying and as black as impenetrable riffs, but filled with sharp harmonics.
The next six songs can be listened separately or as a single hymn to pain. The Depths I: The Child I Am force us into this storm of sorrow and despair, just like to guide us into this maze of darkness. The Depths II: Mind’s Parchment intensively and piercingly strikes, then riffs gets softer, diving us into some kind of languor. Lulled by a majestic sound, our mind roams, then wakes up due to The Depths III: The Dames Of Affliction and its raw sonorities. The song is both impressive and captivating, pushing the band’s sound farther in anguish and rifting. The Depths IV: Summit’s Delusion approaches another aspect of the sound, less violent but still full of this constant suffering. The contrast between those visceral howlings and this soft but dark rhythmic is striking, playing once again on airy leads before The Depths V: The Sunken Piers. Way more suffocating and weighing, this song is undoubtedly the heaviest one and allows to link again with a raw Black Metal. But it is with The Depths VI: In Memorium, the most intens song, that this journey ends. Some words then the fury. Between devouring howlings and beautiful riffs, the hurricane explodes, releasing us of this grip.

The silence of Cancer was a positive thing for them. Opioid is a true whirlwind of darkness that slowly unveil, progressively opening its gates to trap us in this ice-cold, frightening and painful universe, before setting us free. The experience is intense.