Entitled Nuklearth, it is the fourth full-length of the band created in 2010 by Grimo (vocals, ex-Extinctionist), V.T. (bass) and Fonzo (guitar). To complete the line-up, we have Jason (guitar, ex-The Last Hangmen) and Stephan Stockburger (drums, ex-Voice), and it’s as a five-piece band that they give life to their Chernobyl Death Metal, a powerful Brutal Death. 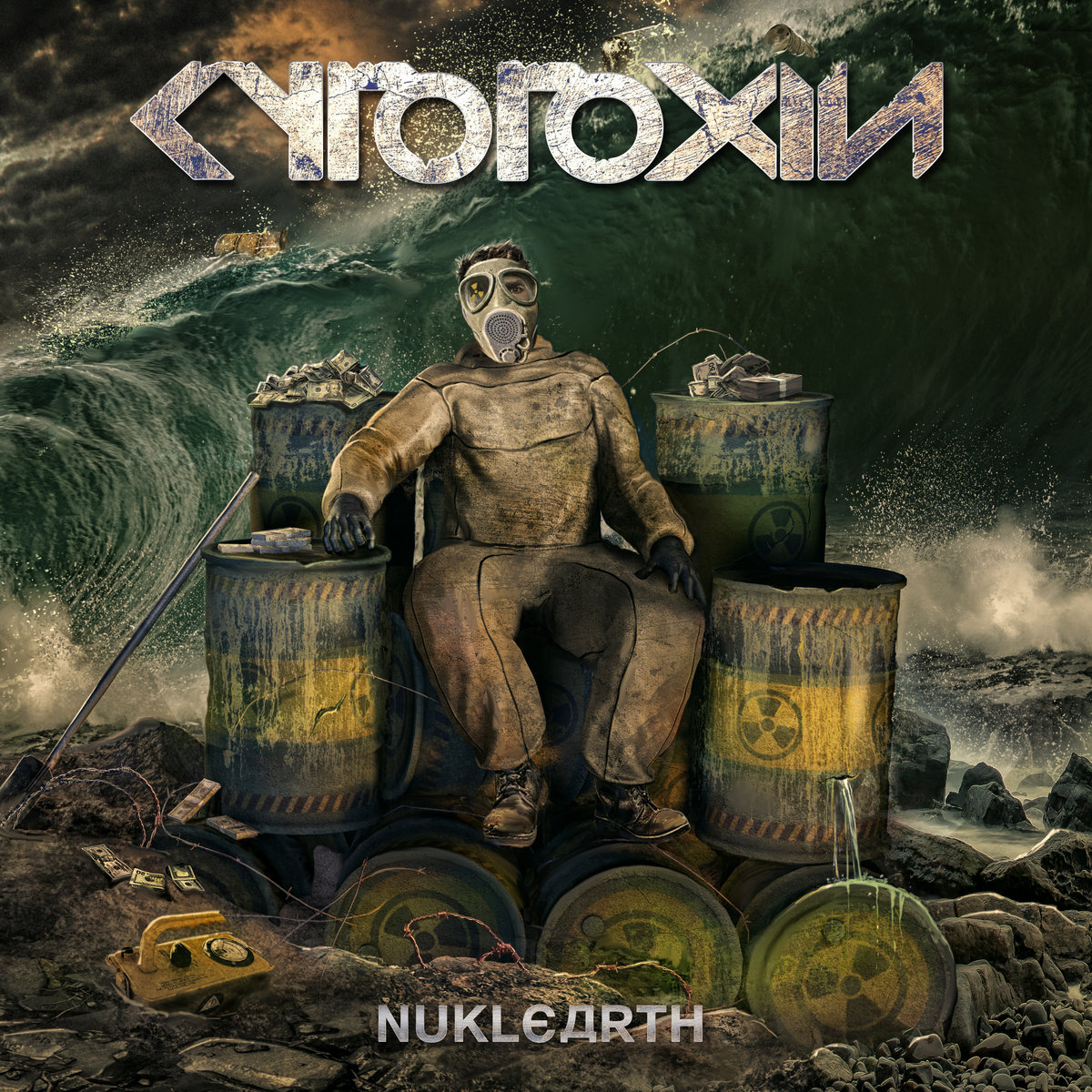 We get directly into the core of the subject with Atomb, a heavy, violent and uncompromising track. The band easily mixes technicity, groovy parts and greasy riffs with an ultra powerful growl and piercing leads. Already revealed some times ago, Lupus Aurora is the next one. The track strikes hard and the musicians accuracy is impressive, about both leads and rhythmic. We continue with Uran Breath, an uninterrupted flood of heaviness that counts on both fierce blast beat and riffs themselves. Very catchy, it lets place to Dominus, an impressive, restless and piercing song. We find this technical pattern that melts to an effective rhythmic under the vocalist’s howlings. The rhythm part slows down to place a devastating break before going back. Speedness becomes part of the game for Drown in Havoc, allowing to link sharp harmonics, guttural screams and fury in riffs.
Do you expect a moment to breath? Too bad, because Soul Harvester and its snoring grooves are next, alternating with some destructive spurts. We also have Elliot Desgagnés’ vocals (Beneath the Massacre) for a double dose of violence before leaving for Coast of Lies. Without a surprise, the song is massive, filled with some technicity rashes, but also very catchy. Another collaboration, it’s Ben Duerr (Hollow Prophet, Shadow of Intent) that helps the germans for Quarantine Fortress. Very fast, the composition will undoubtedly make a whole crowd move. A short moment’s rest with Dead Zone Anthem, a worrying sample, a mid-cybernetic voice that talks to us, then Nuklearth falls over us with all the fury and the violence that the band can unleash. Between Brutal Death, dissonant sounds, frenetic melodies and howlings, the band runs full speed ahead while trampling us. A working Geiger counter introduces Mors Temporis, a keyboard final which is melancholic, dark and tragic.

Mission accomplished for Cytotoxin. Nuklearth explodes on our face from beginning to end, revealing the band’s full potential. Whether strength is this album’s watchword, technicity and mastery are also on the bill.