Manticora’s saga is about to come to an end. 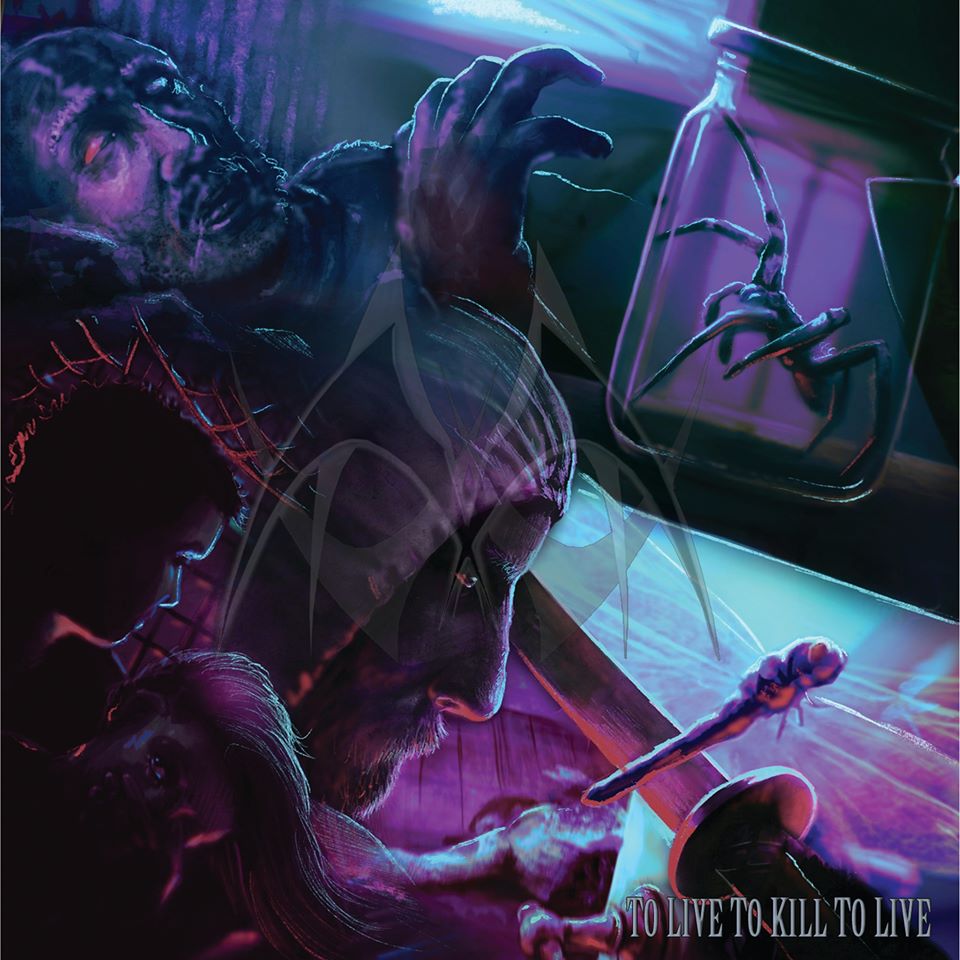 Two years only since the last production, and even if it is a very qualitative one, I feel that the band have matured a lot between those two full-lengths. Katana – The Moths And The Dragonflies – Katana – Mud, the introductive song and its fourteen minutes long is a proof. Epic sonorities picking into Power, Speed and Progressive Metal are intense, and it is easy to be caught in this adventure. Rage, finesse, technicity, melancholy, softness… the band makes us feel every emotion. Clean vocals sometimes let place to wild screams, and blast beat offers a wonderful springboard for boisterous leads. To Nanjing allow us to sober up while keeping this feeling of traveling, then The Farmer’s Tale Pt 3 – Eaten By The Beasts is the next one. Between violence and mastery of the changing atmosphere, the band tells with conviction its story, that leads to the heavy and mysterious Slaughter in the Desert Room. Orchestrations and female vocals give this raging fight another dimension, and the intensity won’t weaken.
Through the Eyes of the Killer – Filing Teeth keeps this impressive dimension with powerful drums on the introduction, but it is with a quieter but captivating aspect of their sound that they highlight before Katana – Death of the Meaning of Life. As you can imagine, if the sound is sharp, it is also epic and tragic. Some kind of embodiment of the sound duality that lives in Manticora. We go with Tasered – Ice Cage, a song with hypnotic lead guitar and a rhythmic which is able to be as impressive as breaks are majestics. The song alternates between energy and calm, but Goodbye Tina comes to break the rhythm. It’s useless to be a soothsayer to understand that melancholy lives in this Power ballad, but it’s also easy to understand that we are in the middle of one of the story’s key moments, because Tasered – Removal is the next one, with a catchy groove and a perceptible rage. Fury came back into the musician’s soul, and their mastery allows them to make us feel it. After a final lead part, Stalin Strikes, a short instrumental composition, appears. Made of suspense and captivating sonorities, it opens the fates of Ten Thousand Cold Nights, a long speech. Katana – Beheaded, the last song, succeeds to this one. Every final song has to be impressive, but this one is dantesque. No instrument is forgotten, and the vocalist proves us once again his capacities, while letting musicians to express themselves.

Between their Progressive basis and those epic violent influences, Manticora successfully finished their story. To Live to Kill to Live beautifully highlights the final touch to an epic quest that lasts two full-lengths. Even if the best way to fully understand the progression is to read the book and to listen to both albums, you can also enjoy this treasure on its own.