Between dark atmosphere and soaring sounds, Nuit d’Encre reveal itself.

Founded in France at the beginning of the year by Franswa Felt, this one man band has the special nature to canalise several influences from Post-Rock to Doom, with Sludge and Stoner in order to create an ambience. Sans Maux Dire, his first full-length, is here to present it to us. 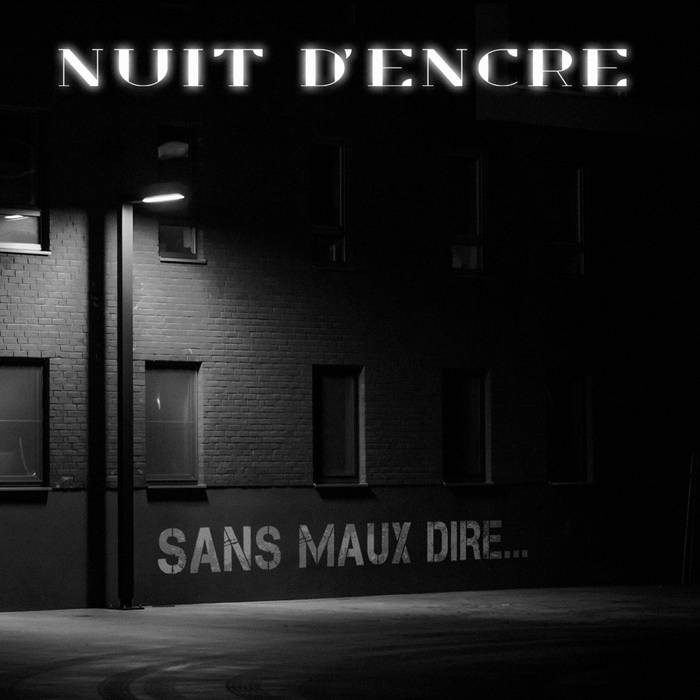 It is through seven tracks that Nuit d’Encre’s universe slowly sprawl in front of us. The project’s mastermind doesn’t hesitate to link mesmerizing softness with a heavier sound to hypnotise us. Between the clean sounding guitar that sometimes melt into a dissonant saturation, the warm bass sound and the drums hits that precisely rhythm everything, the sound is perfectly mixed. And the tracks perfectly hold their names, wonderfully developing the feeling they express. We go from the quiet but painful Mélancolie (“melancholy”) to the slow and stabbing Regrets (“regrets”) the to the furious Colère (“anger”) before letting Solitude (“solitude”) and its sad rhythmic calm us. Full of blackness, it yield to the joyful Espoir (“hope”), a quite different song that however keeps a part of stabbing heaviness before leaving for the dark Angoisses (“anguish”). The song slows down again, places some ice-cold harmonics, then fades away for Souffrance (“suffering”). This song is the longest, but also the darkest of all.

With this first full-length, Nuit d’Encre sets the basis of its instrumental world. Sans Maux Dire develops an ambience that changes with every track, but it still follows a quite dark and weighing guideline, at the border between a Doom and a Post-Metal full of influences.