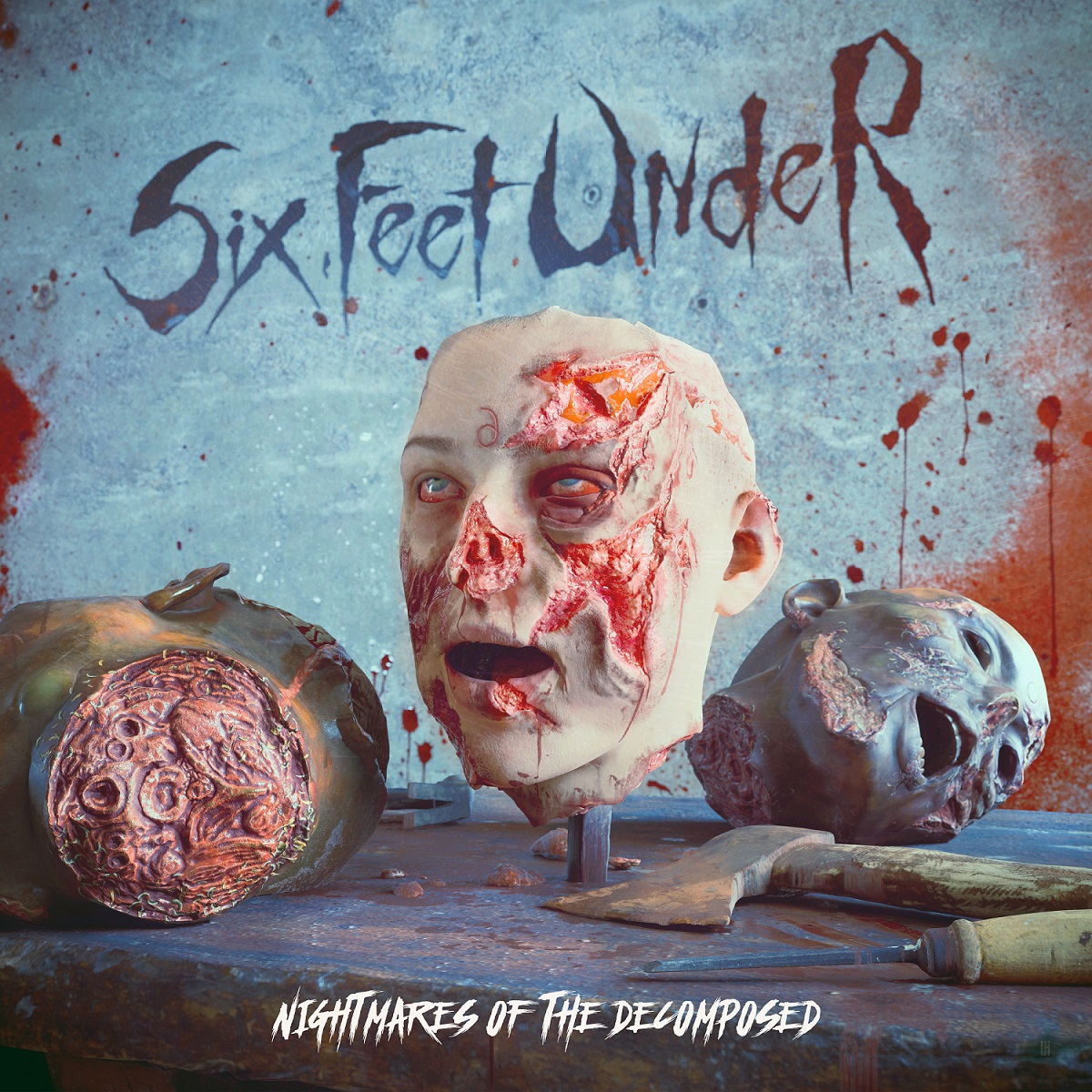 Whether everybody know, at least by its reputation, Chris Barnes and its impressive voice, let me tell you that this album is quite different. The band continues its race thanks to pure Death’N’Roll riffs and lyrics that doesn’t betray the vocalist’s basis, and offers something oriented on this style.
Abandoning extra-low guttural vocals, Amputator offers a first approach without softness. The rhythmic is solid, piercing leads pick to Heavy Metal then Zodiac begins… The level clearly decreases, and we face some simple and barely catchy riffs before The Rotting. Some unhealthy influences, disturbing screams, a blood taste, there is everything. Some more technical leads while the vocalist tries some piercing howlings, then we go back to groove for Death Will Follow. The sound is more impressive, just like on Migraine, a slow and heavy song that highlights harmonics while The Noose focuses on the bass/drums duo.
Blood of the Zombie comes back to Old School morbid and frightening sonorities, while staying on a dissonant Death Metal sound. Self Imposed Death Sentence follows the move, offering a catchy rhythmic, but once again we’re waiting in vain that something explodes into those greasy riffs. Dead Girls Don’t Scream continues in those heavy tones, offering another gore story and a quite pleasant rhythmic, but something is missing. Drink Blood Get High and its Stoner influences (coincidence?) will probably make some skull nod but we also notice some airy dissonant sounds, while it is once again heaviness that is the main element of Labyrinth of Insanity. The song is quite stabbing, and leads will support this feeling before the virulent Without Your Life, that makes us come back to the band’s roots, the ones that helped to build its reputation, to conclude.

Six Feet Under is back from the dead, but Nightmares of the Decomposed labors to awake us. Some major lacks don’t allow us to fully appreciate this record, that sounded ambitious. I miss the past.