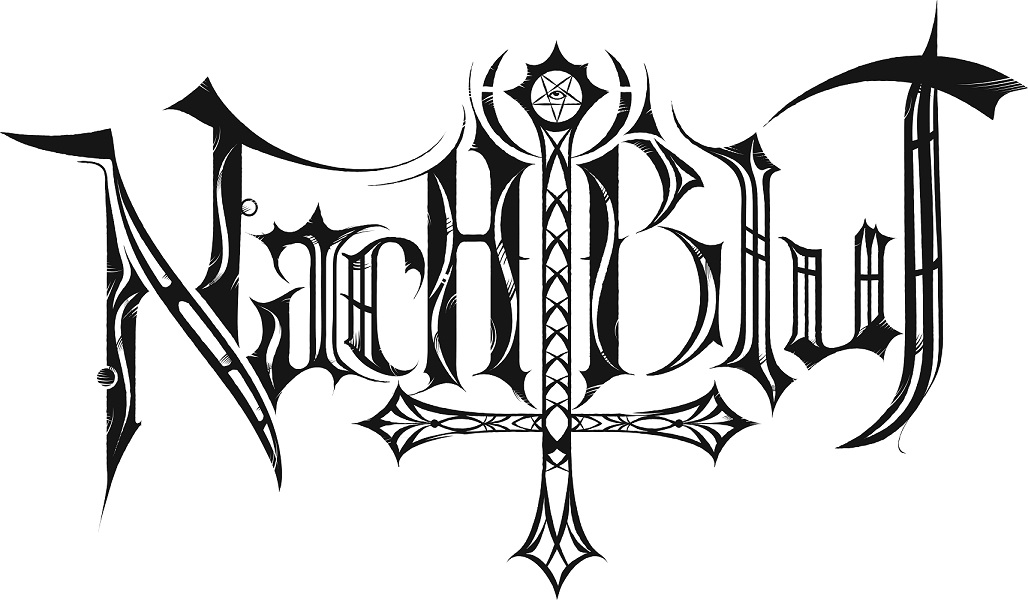 Nachtblut is ready to unveil us a new part of darkness.

Founded in 2005 in Germany, Skoll (drums), Greif (guitar), Askeroth (vocals) and Ablaz (bass) are now on the at the head of an empire composed of six albums. Vanitas, the last one, is just out. 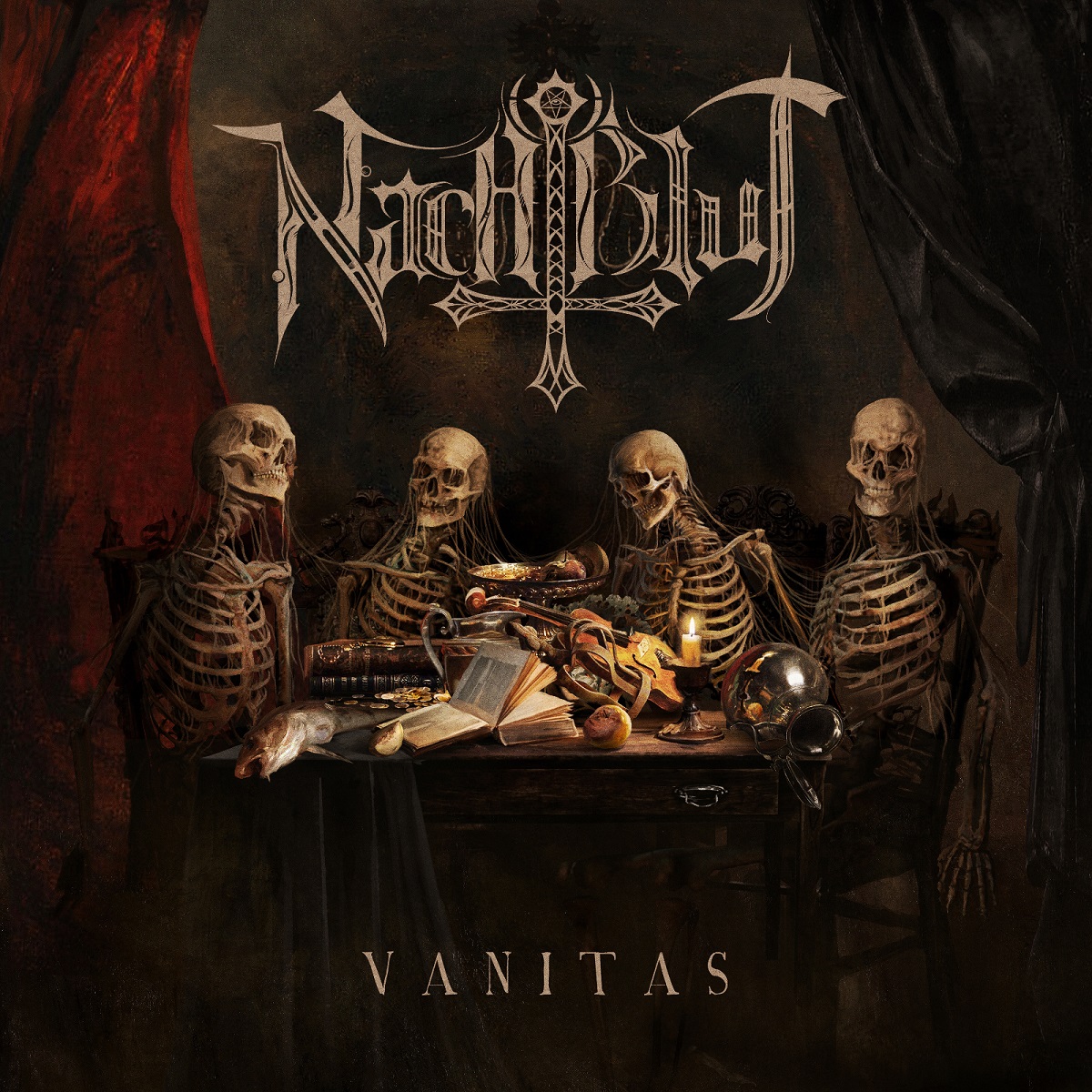 It is a dark and worrying sample named Veritas that introduces this album, before Vanitas, a song that melts the band’s Gothic influences to a solid Black/Death. Vocals in German strengthen this feeling of aggression for someone who’s not used to this language, but the sound is captivating. Same impression for the joyful Leierkinder, a song that sometimes picks into dark catchy Folk influences. The band’s sharp basis wonderfully adopts those tones, while we come back on beautiful but dreadful sonorities for Das Puppenhaus. The infernal carousel hypnotises us, fascinates us, then leaves us with Kaltes Herz. Melting Electro/Indus touches to the band’s sound, the germans exploit every musical landscapes, and they hit right each time.
Nur in der Nacht comes back on impressive and cold sonorities that perfectly fit to the band, linking effective Black Metal to well worked, but cheerful Gothic influences. Fürchtet Was Geschrieben Steht is the next one, and we can see that the band is back on a warlike rhythmic, embellished by some visceral and symphonic hints, that creates a contrast with the howlings’ blackness. For Schmerz & Leid, the band welcomes Chris Harms (Lord of the Lost) on this song that picks from Electro/Gothic. The two voices wonderfully match together, offering a beautiful explosion during choruses. Meine Grausamkeit kennt keine Grenzen directly relaunches the ice-cold tones and visceral screams, making this song, in my very own opinion, an excellent first track on stage. After this violent assault, Gegen Die Götter hits combining strength and orchestrations, supporting this tasty contrast. Die Toten Vergessen Nicht, the last song, is also the longest one. Seven minutes for which the band spray us with their outstanding blackness, melancholy and striking riffs.

Nachtblut universe may be dark, it is still fascinating. Vanitas follows the band’s red wire, melting several impressive, melancholic or energetic influences to a very effective basis and a strong musical personality.