Enslaved crew is once again once on the road of a new adventure. 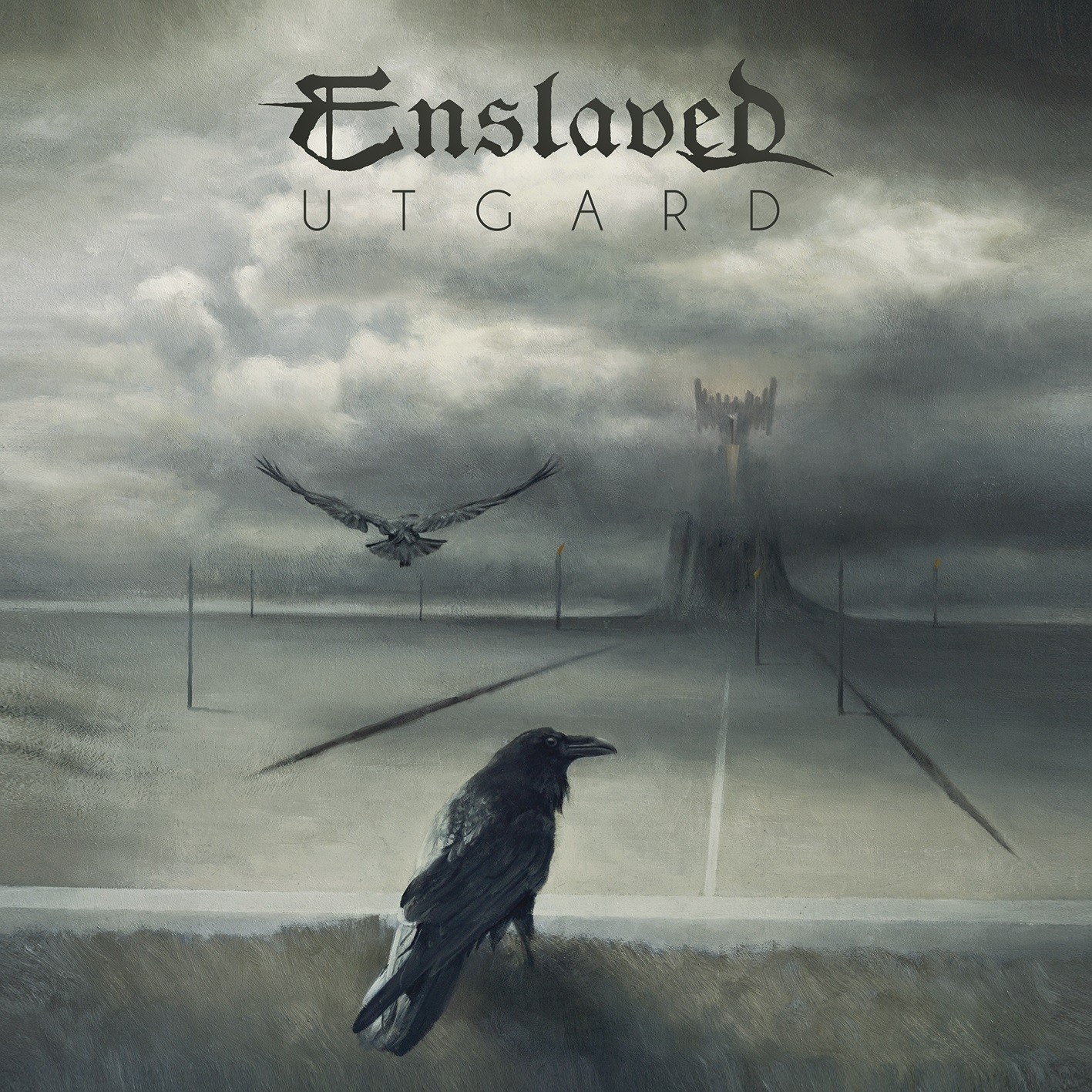 The album begins with viking chants on Fires in the Dark, the first song. Wonderfully linking their Black/Pagan Metal roots and their Prog tones, the band weaves a seizing oniric universe, that quickly catches us thanks to belligerent howlings, intense clean vocals and airy keyboards. Jettegryta takes the same musical direction, between a piercing Black Metal and soaring influences. The song is still very focused on epic tones, strengthened by screams. The dancing Sequence plays a lot on the contrast of the band’s music two aspects, adding to the vocalist’s growls some clean backing vocals and soft riffs. Homebound is also a song made of aggressive sonorities, but also gentle leads, that create this so powerful link between the two musical landscapes.
Utgardr, a mystical and worrying sample, breaks the rhythm, and slowly announces Urjotun. If you are surprised by this introduction, just wait for the Post-Rock riffs dyed with Electronic effects that follow. We still feel this Enslaved touch, but also other influences. Flight of Thought and Memory links again with those epic sounds and the band’s Black Metal basis. However, the song also keeps those parts that make the band’s richness while cleverly integrating them. The final part soothes us before Storms of Utgard, a beautiful song of which airy harmonics will make your mind travel before making us suffer from this whirlwind of rage that roars in the background. Last song, Distant Seasons offers us a last escape into softness with some quiet Post-Metal tones before the band lay down their arms.

An Enslaved album is always a journey, and Utgard is no exception to the rule. The band connects a warlike Black/Pagan Metal to some softer Prog influences, allowing the band to develop this peculiar universe.