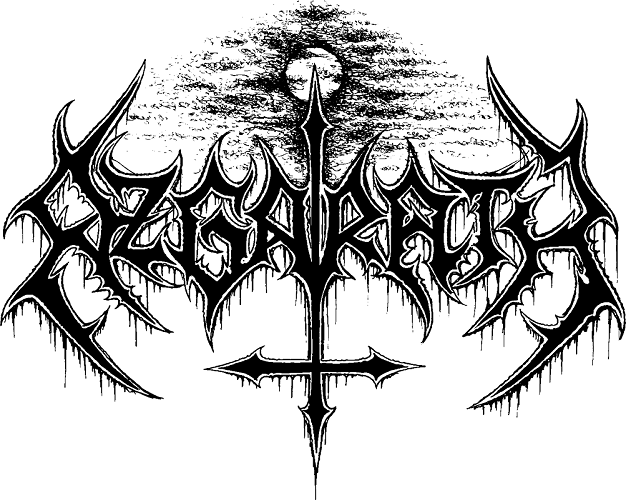 Azgarath rises from the shadow again to present us Echoes from the Past, its first full-length.

After a demo in 2018, Maeror (guitar/vocals) and Cryptic (drums) work as a duo on new compositions, that stay in the vein of their universe’s early stages, and that they unveil thanks to this double-album. 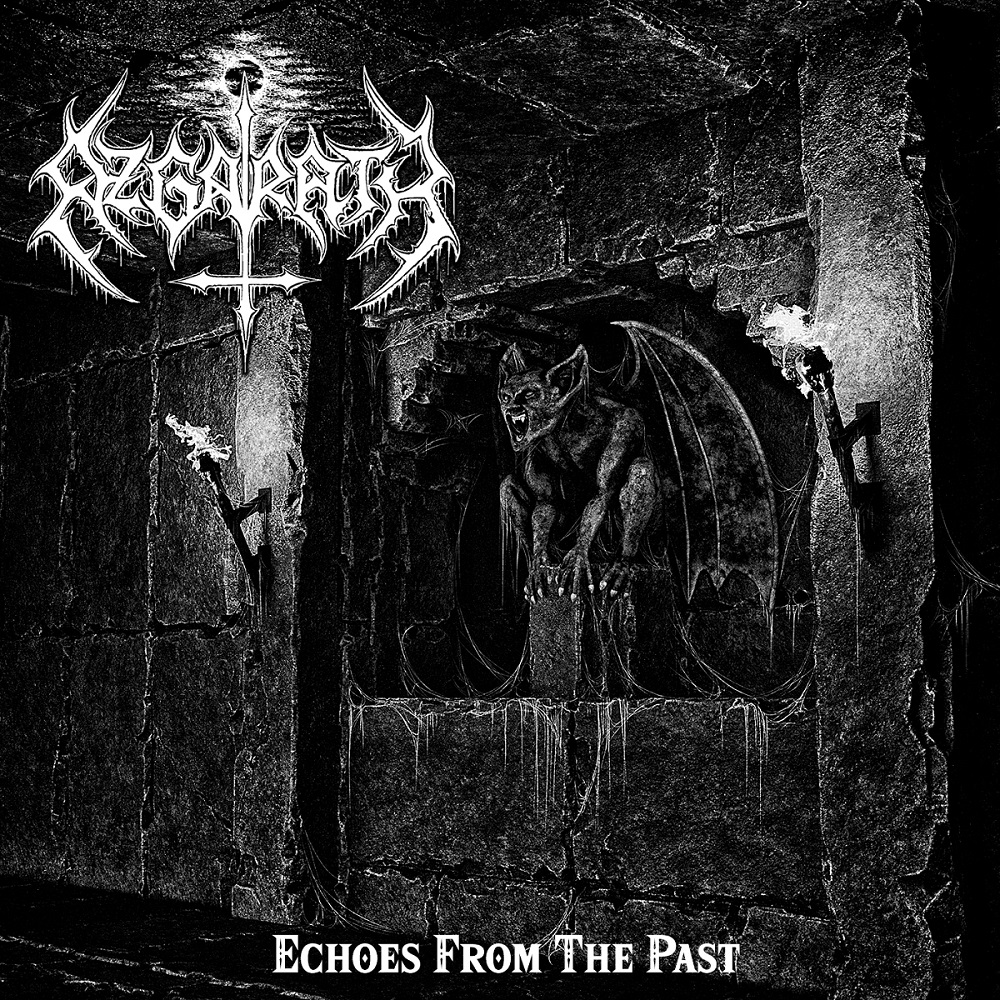 The first part of the album is shown as some kind of link between past and present. Possessed by the Moon gets a dark mystical introduction before smashing us with dark riffs and visceral vocals, oscillating between sharp melodies and Old School rhythmic. The song barely changed, like Buried Alive which has been extended too thanks to haunting riffs to open the song. We easily feel that the mix is more accessible, but stays deeply anchored to the style’s roots. A worrying voice introduces us to The Blood Hunt, but the storm doesn’t take this long to strike, with this melancholic blackness, this dark intensity and those blood-curdling howlings. Cold Murder Thoughts is next, between stabbing melodies, terrifying screams and a weighing ambience, while Endless Void also has a rejuvenation to offer unhealthy harmonics. Slower and more oppressive, the composition allows musicians to weave their obscurity before Funestes Forêts. Impossible not to be caught by this powerful melting between unhealthy leads and uncompromising rhythmic, that lets the band’s background sweat.
Call Through the Ice beautifully begins this second part, between epic sonorities, grim melodies and airy orchestrations, before letting place to the vocalist’s howlings. Very hypnotic, the song is still aggressive, and doesn’t hesitate to call dissonant parts. Transylvania and its soft Folk influences will probably be one of the more accessible songs for the uninitiated listeners, but the song only reveals its true potential to regular Black Metal enthusiasts, allowing to seize all the sound shades before getting stronger. Some Death Metal influences can be heard on the greasy Beyond the Putrid, a raw but effective song that keeps both the dark, but also offers some catchy and fierce parts. Echoes from the Past, the eponymous track, allows a short atmospheric break before unveiling its riffs. Quite focused on heavy ambient and stabbing tones, the composition is also influenced by a dirty sound and some softer parts. A voice announces the end of the song, and it is finally Suicide of God that concludes this album with what the band is able to develop of more angry, sharp and worrying at the same time. We have this robotic voice sample, dissonance and above all a very intense instrumental part that finally fades into nothingness after mishandling us.

With Echoes from the Past, Azgarath thought big, really big. However, their production meets their expectations. Ingeniously melting Old School sounds with ghoulish, unhealthy and dark creativity, the band will undoubtedly be part of French Black Metal spearheads in the near future.