The legendary Carcass is back.

Created in 1986 in England, the band is considered as one of DeathGrind/GoreGrind pioneers. The band finally tends to play Melodic Death Metal, then brokes up in 1996. But Jeff Walker (bass/vocals, ex-Brujeria) and Bill Steer (guitar/vocals, ex-Napalm Death) didn’t say their last word, because the band teams up again in 2017. Nowadays, Daniel Wilding (drums, Hansen & Friends, ex-Aborted, ex-The Order of Apollyon) and Tom Draper (guitar, Pounder, ex-Savage Messiah) play with them for Despicable, their new EP. 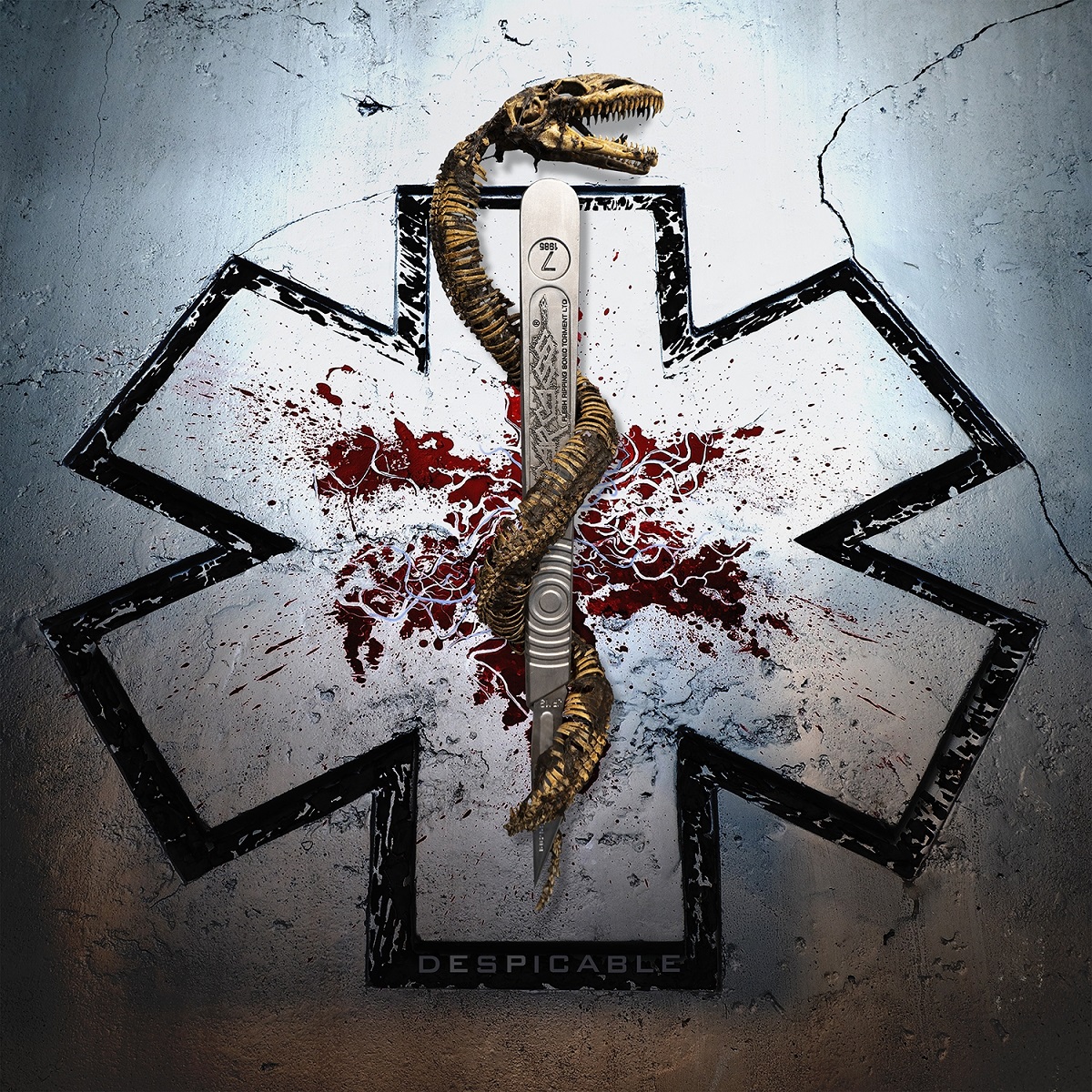 We begin with The Living Dead At The Manchester Morgue, a song that stays in the same tones than the last record. The band’s airy melodies meet a sharp violence, possessed howlings and a heavy rhythmic. Leads perfectly fit into this Old School melting, just like on The Long And The Winding Bier Road, a groovy song that picks some Thrash Metal elements, as on those piercing leads. We are easily caught by this surprising but heady chorus, but melodic riffs quickly come back.
Under The Scalpel Blade links again with the madness that marked the band’s firsts years, while consciously ripping some catchy and very melodic riffs. A fast spurt to remind the violent and raging aspect, and we’re up for the last song. Called Slaughtered In Soho, it’s a dark and dancing composition, and this contrast allows the band to integrate piercing leads from Heavy Metal that are part of the band’s musical personality.

In less than twenty minutes, Carcass reassures us. Despicable perfectly follows the last album’s pattern, and offers a Melodic Death Metal dyed with this touch which is part of what made their legend.