Countless Skies melodies are about to strike again.

Founded in 2009 under the name of Hatespire, it is a song from Be’lakor that inspires them to adopt their current name. After an EP in 2014 and a first album in 2016, Ross King (vocals/guitar), James Pratt (guitar/backing vocals), Phil Romeo (bass/vocals) and Nathan Robshaw (drums) offer us Glow, their second album, in collaboration with the keyboardist Marcello Ciciriello, the violinist Arianna Mahsayeh and some choirs. 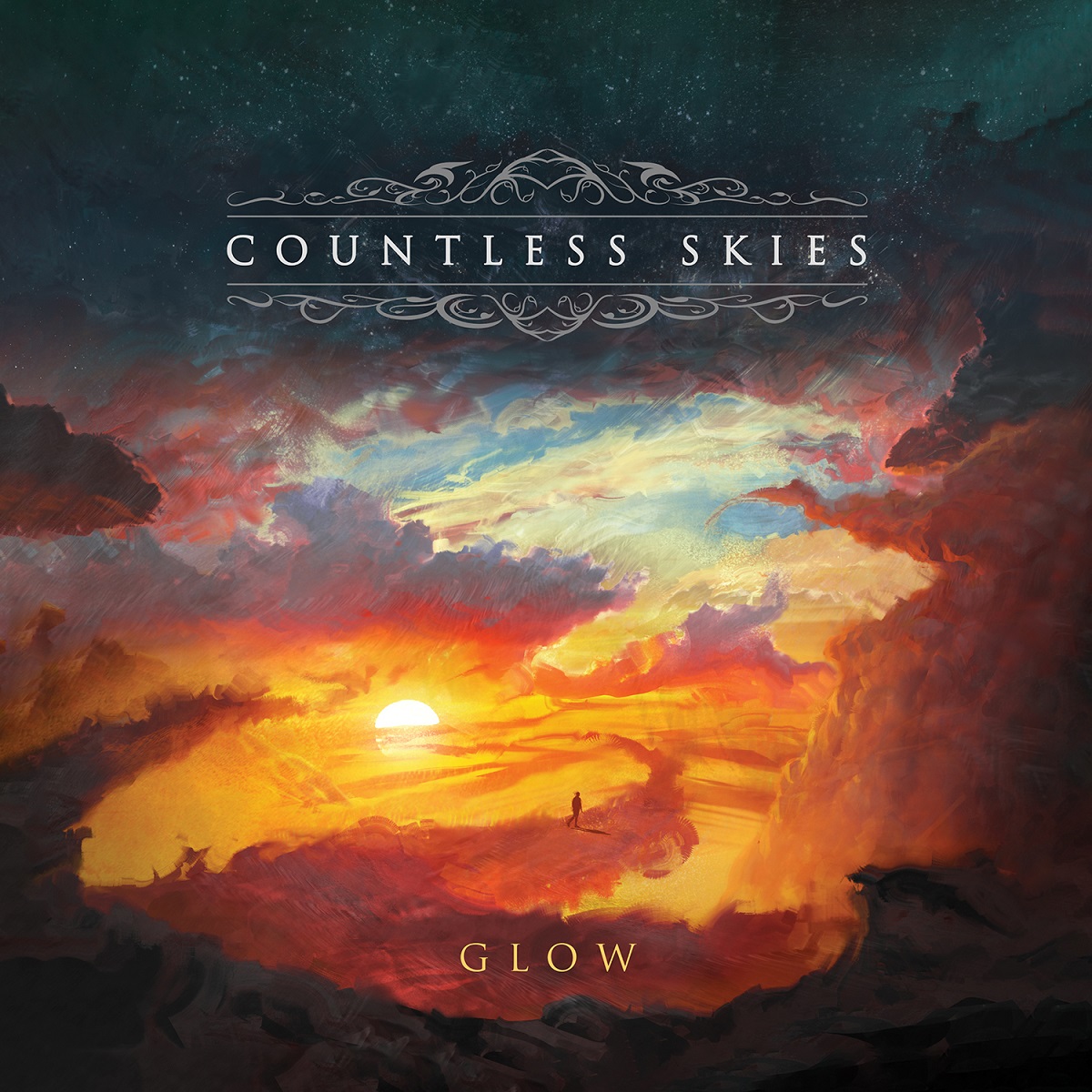 The album begins with Tempest, a single released two years ago by the englishs and that offered a melodic whirlwind that melts ethereal rhythmic, soaring harmonics and two voices that wonderfully connect strength and softness. Some short breaks are marked before the riffs resume, and the majestic Summit takes over. The band’s marvelous musical basis is joined by the violinist as well as some choirs, giving a more impressive dimension to this magnificent composition. The coldness of Moon is the next one to be felt, strengthening the contrast created by the musicians between piercing riffs, powerful rhythmic and the vocalist’s howlings. Orchestral parts mushroom between those rage unleashing, then the soft Zephyr begins. Ghostly bass, soaring melodies and those clean vocals, the first part of the song is airy, and saturation can only reinforce this feeling.
Glow, the eponymous song, is composed of three parts, that have to be listened in one breath to reveal the band’s whole creative potential. The first song focuses on quiet melodies, gathered by seizing clean vocals. Interrupted by howlings, the rhythmic becomes more energetic and progressively earns intensity before releasing the pressure and offering a melodic part until the second part. Epic sonorities become more violent, and allow all the instrument to express themselves before an enchanting final. The final act will be set by the third and last song, that offers a last climax, melting beautiful melodies, a complex instrumental and two voices that only work for musical beauty.

Whether Countless Skies seduced you with their first album, you will be enchanted again by this one. Glow is a majestic and impressive album that undoubtedly reveals itself as one of this year’s best releases, as much about creativity as intensity.