Psychonaut 4, masters of despair, offers us a new album and celebrate their tenth years of career. 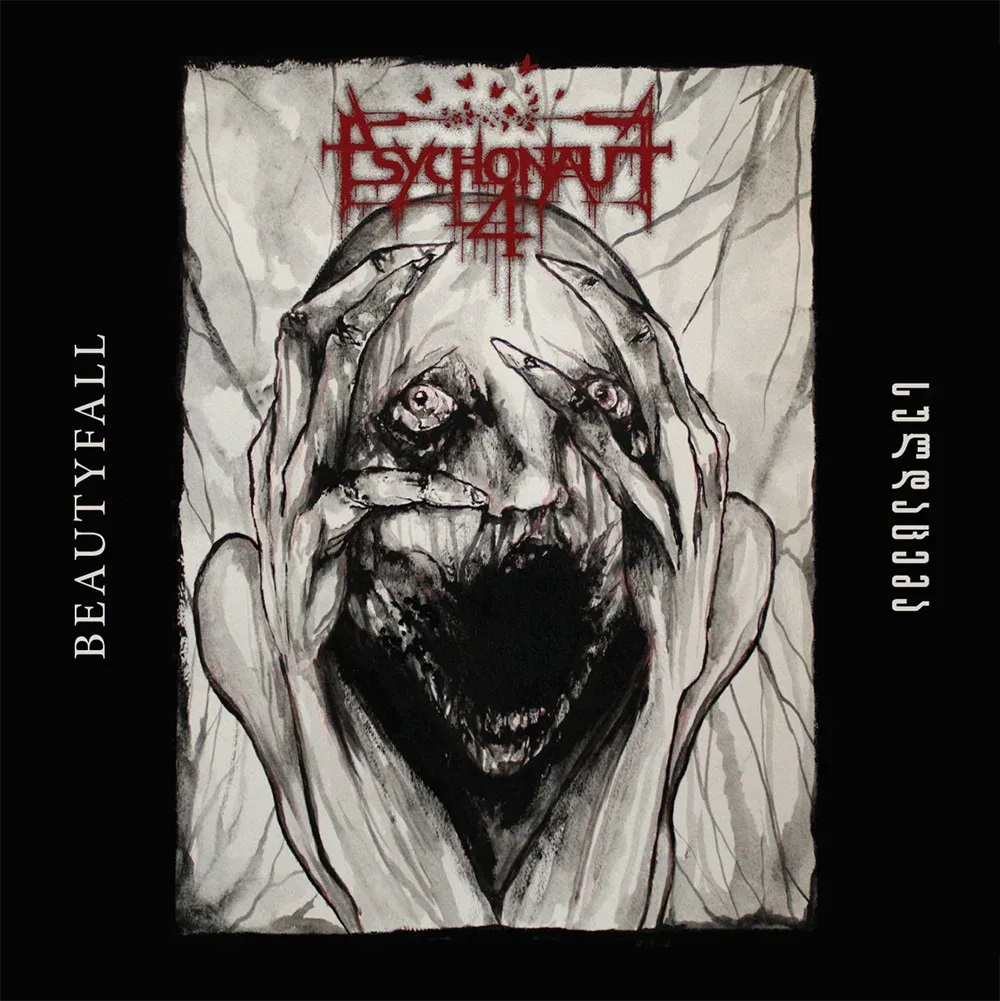 The album begins at full speed with One Man’s War, a song that immediately portrays the band’s musical landscape. Blackness, sadness, suffering, but still this contrast created with some dancing riffs. Howlings of despair perfectly melt with worrying clean vocals, then Tbilissian Tragedy strikes. We instantly feel shrouded by a veil of darkness while the band plays this lacerating rhythmic. Vocals arrival violently makes us sink into hatred, despair and depression. But this catchy break raises hope again, while the band mesmerizes us. The rhythmic is sometimes soft, but still stamped by black tones. …And How Are You? is next, and even if the rhythmic is slower, it is not less heavy. The text’s beauty (take time to translate it) smashes us and offers a second approach to this… disturbing song.
Sana Sana Sana, Cura Cura Cura begins with a cheerful, dancing sound, but when riffs strike, they erase every track of joy. However, the song is catchy, and we are led into this pure madness, that will become softer with an epic break, then melodies take control of the song. A festive Punk spirit melts to blackness for #Tokeepandtouse, a composition that gives an important place to guitar and bass harmonics without neglecting those sharp vocals. And Sorrow, Again is next, and this long but melodic introduction, on which we find a bit of accordion, let finally place to an ice-cold and impressive song. We feel lacerated by this unstoppable rhythmic, shaken by those tortured vocals, then finally a sampled voice addresses us before the whole band expresses themselves again. Dust, the Enemy is quite different from the other songs, because strange sonorities melt to deep voice then epic riffs. Those airy tones perfectly stick to the band’s universe, and the final catchy part will be surprising by its heaviness.
As bonus, for their last song, the band covered Sterile Nails and Thunderbowels, a song made by Silencer, the mighty DSBM band. The sound melts into the original song’s Old School fury, while adding this recognizable touch, as well as some accordion notes.

The wait for Psychonaut 4’s new album is rewarded. And what a great reward… Beautyfall is an album made of unhealthy, oppressing intensity and that adds a delightful despair to our lives. The moment couldn’t be best chosen.