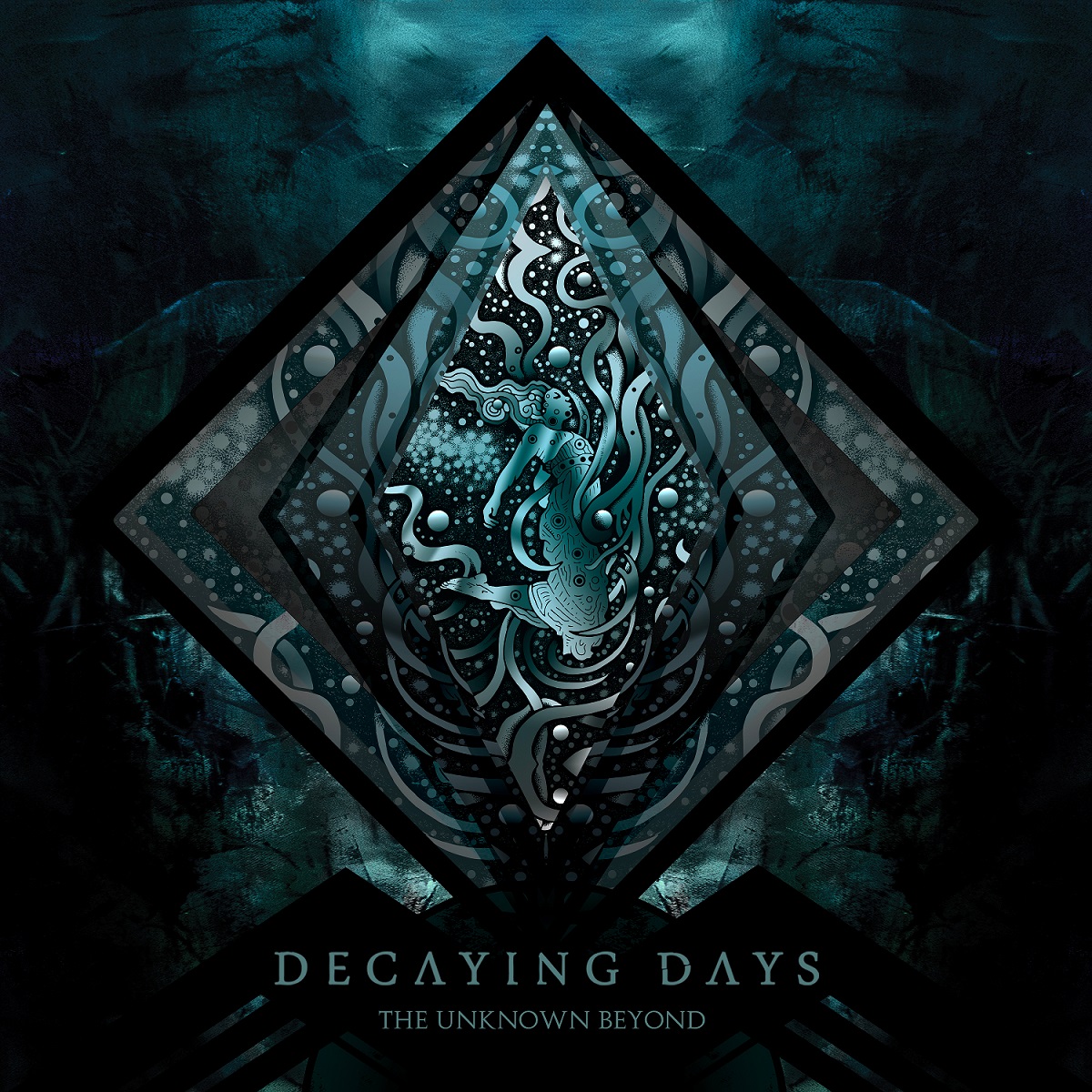 Illustrated by Jeff Grimal (Spectrale, ex-Demande à la Poussière, ex-The Great Old Ones), the Melodic Doom/Death album begins with Aeons. The song progressively unveils itself, and it is finally an oppressive, dissonant and melodic rhythmic that strikes. The sound is catchy, but we somehow feel some kind of blackness in those harmonics and those massive howlings. A worrying spoken voice comes to the mixing, then some heady leads on A Distant Memory which add a melancholic touch to the heavy sound. Between piercing sonorities and dark tones, the song moves forward, then lets place to Into Your Eyes, a slow and also very nostalgic song. A gloomy sample comes to meet this rhythmic which becomes heavier, and riffs smash us before wearing softer harmonics. Reflections comes next to mesmerize us thanks to leads before marvel us, then hits us again. Dissonant tones and clean voice give it a special tone that we enjoy without moderation.
Soft break with Interlude, a quiet instrumental that slowly begins then progressively gets stronger before letting place to a heavy riff and a piercing lead guitar. Time Takes Away is next, and it’s once again between melancholy, weighing sonorities and a powerful voice that the band seduces us. The track is full of catchy tones, and it’s only after a long and slow lead that the sound stops to let place to Falling Down. This song is heavier, but it also picks into Progressive tones that are part of the instrumental basis, without neglecting Doom/Death heaviness or oniric melodies. We also have a worrying dissonance, just like on The Unknown Beyond, the last song. A weighing ambience reigns while leads take control of our mind, then a break after distorsion’s comeback, and guitar finally carries us until the end.

Whether Decaying Days’ goal is to make us travel, it is a success. The Unknown Beyond is an album with as much heavy tones as piercing, seizing and melancholic tones, which makes it an excellent pick.

One thought on “Review 375 : Decaying Days – The Unknown Beyond – English”