If as me you didn’t know about Hinayana, take the time to enjoy this discovery.

Founded in 2014 in the United States by Casey Hurd (guitar/vocals) as a solo project, the musician releases a demo the same year, then recruits Daniel Vieira (drums) and Erik Shtaygrud (guitar) in 2016, Michael Anstice (keyboards) in 2018 then Matt Bius (bass) in 2019. After a quite well-welcomed album, Death of the Cosmic, the band’s new EP, is released. 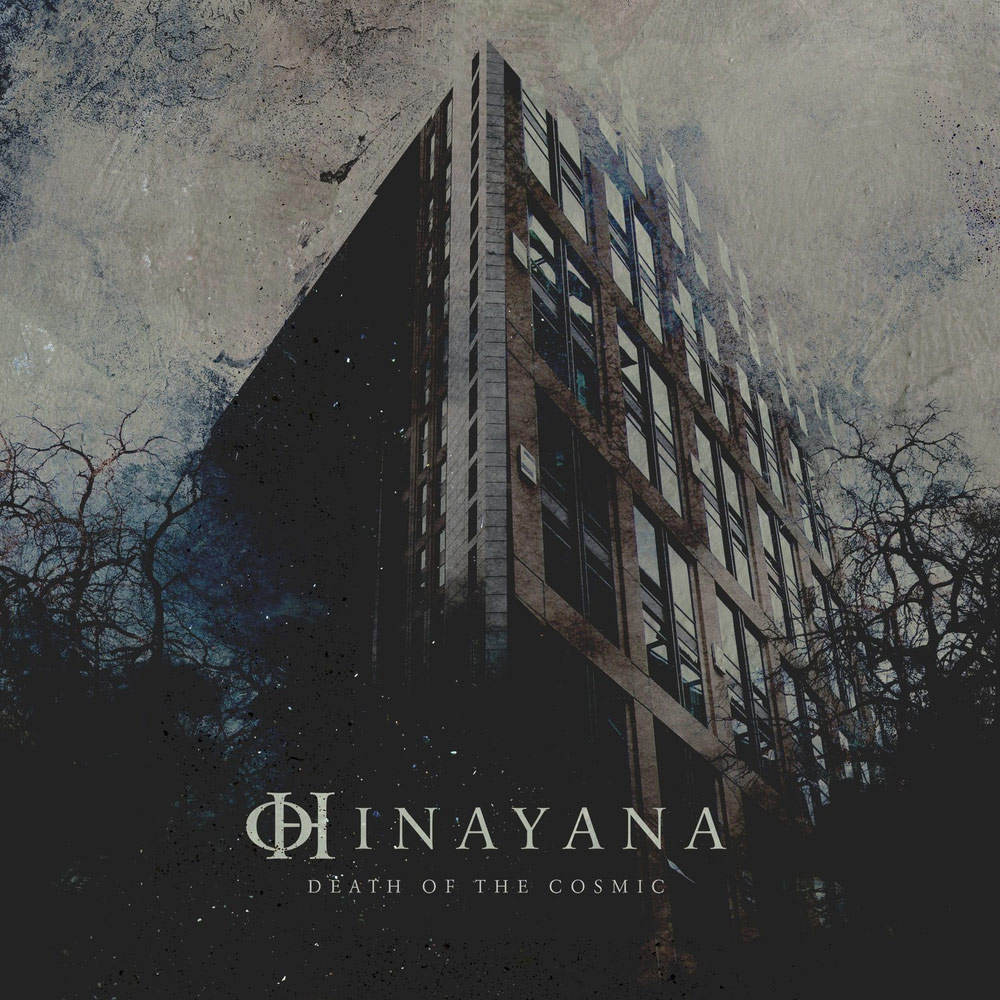 We begin with the soft and melancholic introduction of Death of the Cosmic. Heavy riffs come without delay, while staying in melodic tones, but it’s only when vocals join the mixing that we fully understand the band’s strength. Keyboards ensure a more airy basis, like on the weighing Cold Conception. We also have some morin khuur parts played by late Nature Ganganbaigal (RIP 2019, Tengger Cavalry, Hell Savior), offering this seizing and stunning side. The instrumental basis remains the same, picking into impressive riffs, epic leads and this heady coldness.
Short break with Yet Here I Wait Forever, an instrumental track with soaring keyboard basis on which a soft melody alights, then we go back with In Sacred Delusion. Aside of this yet rich and catchy universe, the band calls Toni Toivonen’s voice (2nd Suicide, Hanging Garden) to make his screams join Casey’s ones on a powerful instrumental and heady keyboards. Pitch Black Noise, the last song, offers us something to headbang on following the rhythm with powerful riffs while being captivated by leads and majestic keyboards before fading away.

I only knew Hinayana by name, and I was surprised. Death of the Cosmic is a real mental journey thanks to powerful but ice-cold riffs, a weighing but comforting ambience and above all a heady melancholy.