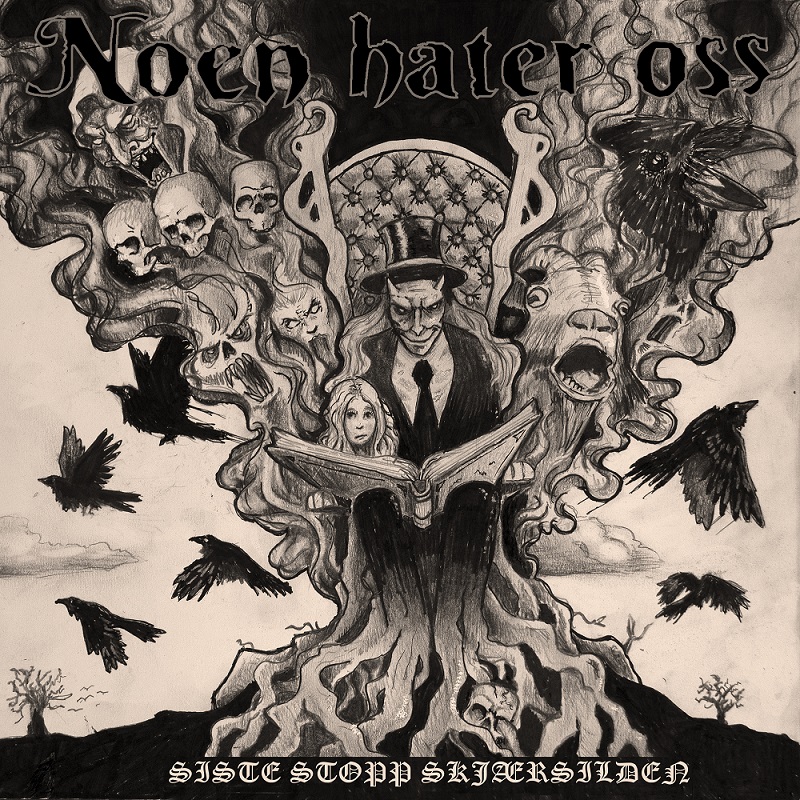 The coldness of their country’s climate has probably played a role in the making of their dissonant and ice-cold Black Metal. For this album, the band offers us nine songs forged between blackness, visceral hatred and sharp sonorities. Nine hymns to death, to unholy strength and to increasing darkness, that live in every living creature, to which a tortured instrumental, furious howlings and some orchestrations, giving some songs a majestic oppressing tone, come to be grafted.
The banc picks to to Black Metal’s impure roots for dirty, vicious, dissonant and violent influences at the same time, but they also add more modern sonorities, clean sounding, some screamed backing vocals, and above all its own vocal touch. We can of course feel it since Morgenstjerne, the first song, but also on the fast and frightening Ordets makt, the melancholic Deus est mortuus, or the impressive Hjem i ei kiste. This flood of raw blackness and pure oppression keeps us out of breathe for more than forty minutes, and ends with Herr Vinter, a mysterious and heady song.

Whether Noen Hater Oss is unfortunately still quite an unknown project, it is very interesting. Old School melting with dark influences on Siste stopp skjærsilden might be enjoyed by Norwegian Black Metal connoisseurs, and much more.