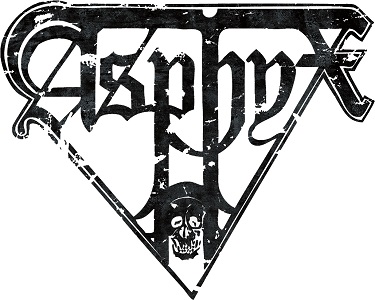 You all know Asphyx.

The band’s reputation doesn’t need to be made, because since its creation in 1987 in the Netherlands, the band led by Martin van Drunen (chant, Grand Supreme Bloodcourt, ex-Pestilence, ex-Hail of Bullets) rages the Death Metal scene. On guitar, Paul Baayens (Siege of Power, Thanatos, ex-Hail of Bullets), on bassAlwin Zuur (Berzerker Legion, Grand Supreme Blood Court) and on drums Stefan Hüskens (Metalucifer, Decayed, Desaster, ex-Sodom), and now let me introduce you to Necroceros, the band’s tenth album. 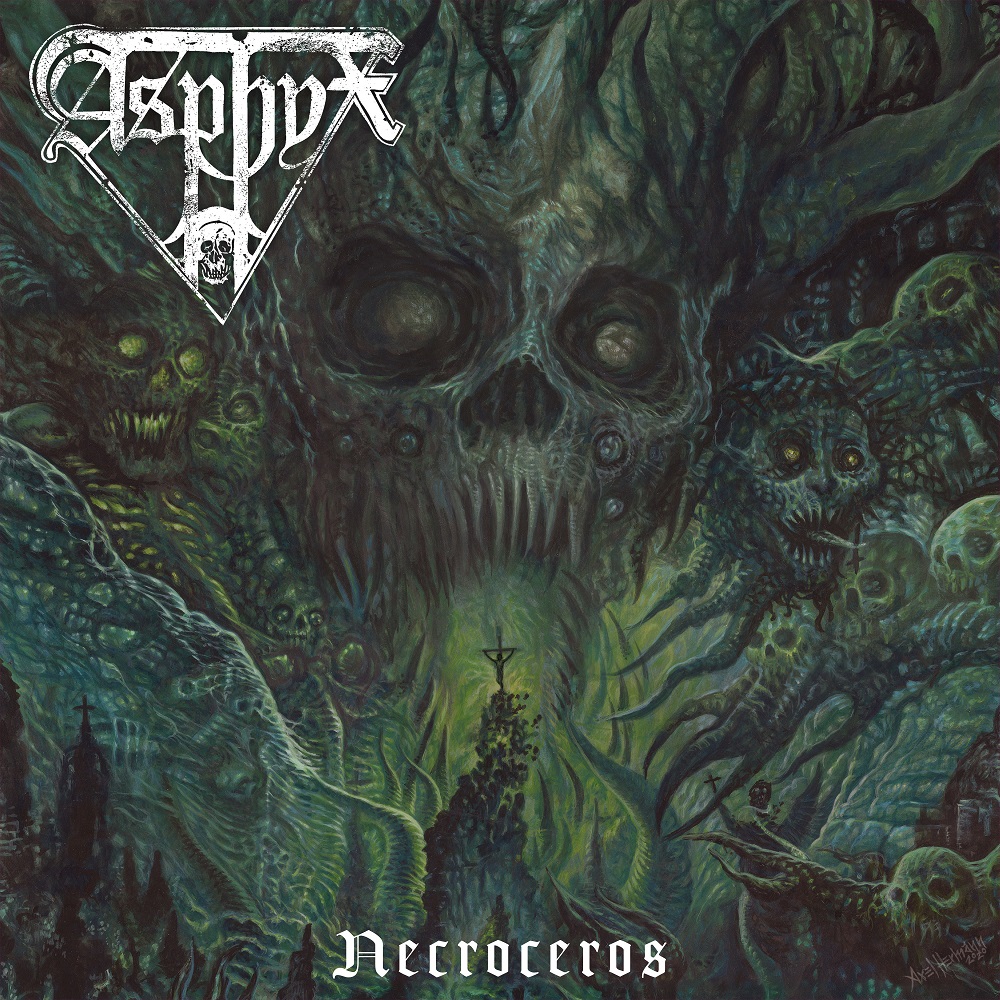 Worthy successor of an excellent set of three destructive albums, Necroceros was waited as the coming of the messiah. Don’t worry, quality is here. The Old School Death/Doom doesn’t get old, and Sebastian « Seeb » Levermann’s mix (Orden Ogan) even pays tribute to it, in addition to the singer’s exceptional voice! It is with The Sole Cure Is Death that we discover this massive slab of grease, illustrated once again by Axel Hermann. The sound is as thick as strong, and sublimates the rhythmic on which the crowd will be unleashed as well as piercing leads at the same time. But the band doesn’t hesitate to slow down for an impressive sound, like on Molten Black Heart and its worrying tones. Dark riffs smell death and languor, just like on Mount Skull, and it is easy to guess that the recent worldwide situation inspired the band. Epic parts give Knights Templar Stand a special taste, this song is melancholic but solid, then the long Three Years Of Famine strikes. The song develops as much haunting and sad leads as this weighing and melodic rhythmic, interrupted by softer breaks. We go back to violence for Botox Implosion, an explosive track full of rage, but which stays steady, just like In Blazing Oceans, an intense, slow and heavy song. Riffs are dyed with this dark melancholy, as the catchy The Nameless Elite. The song honors the band’s roots while offering some soft speedings at the same time. Yield or Die offers strange cheerful tones that perfectly melt to a solid rhythmic, then the massive Necroceros closes the album in violence. A crushing slowness, a suffocating heaviness and a tasty greasy sound, here is what you can expect of this long final track.

Asphyx offers once again an insanely qualitative album. Between the slowness of their recognizable Death/Doom, Old School Death Metal’s rage and their very own touch, Necroceros easily climbs to the top of 2021’s ranking. The human race is doomed and only death is real.