What do you know about experimentation? The Lion’s Daughter are masters.

Created in 2007 in the United States by Rick Giordano (vocals/guitar), Erik Ramsier (drums) and Scott Fogelbach (guitar then bass, Bastard, ex-Love Lost But Not Forgotten), the band begins with a Blackened Sludge Metal with Prog/Death accents, then suddenly changes for a Metal dyed with Synthwave. This is Skin Show, their fourth album. 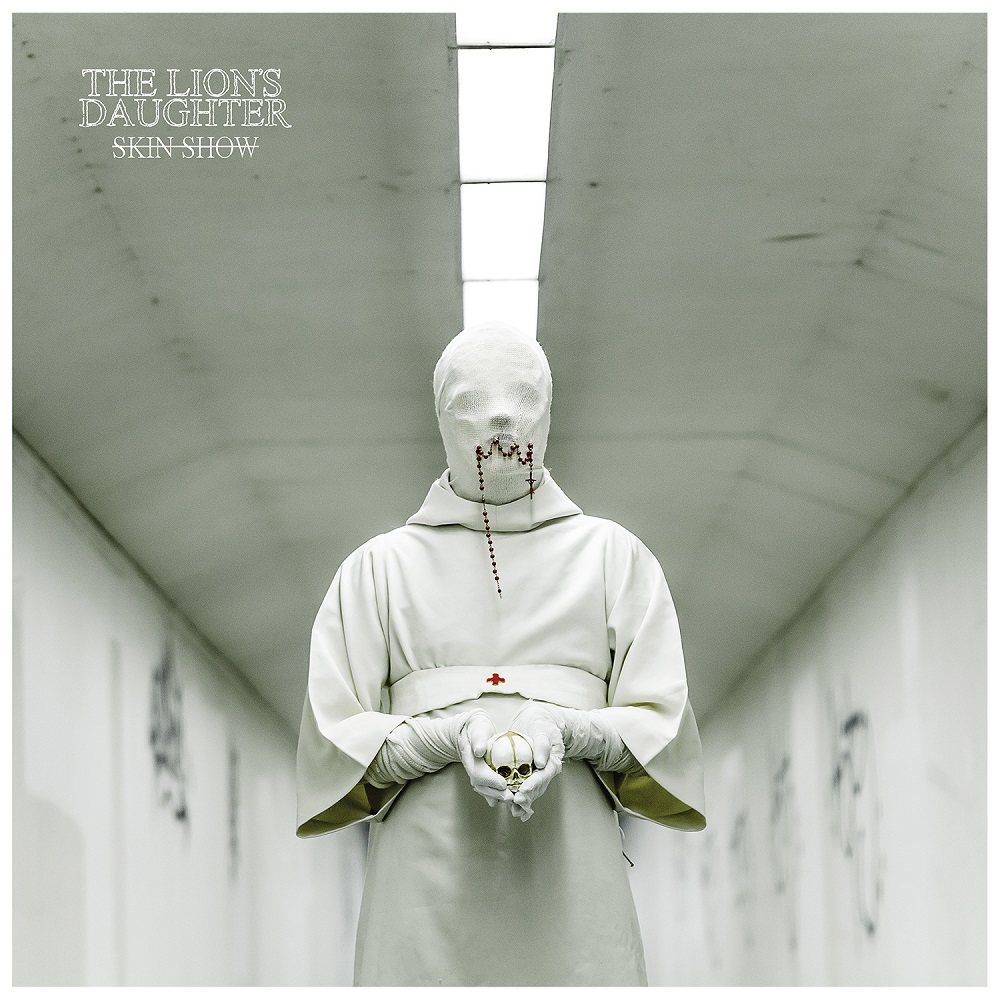 We begin with Become the Night, a very catchy but also very heavy song that picks into the band’s Old School sonorities, creating an interesting contrast. Howlings and saturated riffs melt to heady keyboards, like on the energetic Curtains, where the band offers seizing riffs. We feel caught by this energy and those modern worrying sounds, that melt together the band’s influences, while Neon Teeth comes to catch us with this contrast. The basis reminds us The Exorcist theme, rhythm part is heavy, dissonant and soaring, then Dead in Dreams calls this oppressive melancholy orchestrated by thick keyboards. We feel epic tones, but also greasy Sludge into the riffs cut by piercing harmonics, while Werewolf Hospital reconnects with this wild rage. Death Metal influences are undeniable, as well as darker parts.
Sex Trap is next with soft and mesmerizing keyboards, that allow the band to place airy dissonant riffs and oppressive howlings, while Snakefacepresents more accessible parts. The sound is softer, as much into the rhythmic as into the keyboard part, but howlings are darker. A worrying ambience settles in, between disturbing blackness and heady keyboard parts that keep those horrific accents. All Hell is Mine also plays on those heavy Electronic parts to allow simple and dissonant riffs to grow before the band decides to offer us this groovy and thick rhythmic. The song is mainly based on Synthwave ambiences, just like Skin Show, the eponymous track. The rhythmic offers this false dancing quietness, that goes on The Chemist, a haunting and oppressive song that takes all the blackest elements from Electro and Metal to close the album.

The Lion’s Daughter’s evolution allow them to explore strange and fascinating tones. Skin Show plays on an attractive oppression and a dissonant heaviness to place soaring leads, contrasting with this strange but captivating universe. And we want more.