1988 is the year Paradise Lost, one of the three Doom Death pioneers was born. It’s only 7 years later that Draconian Times was released, in 1995. Everyone love Gothic, but a we are few to understant the true beauty of Draconian Times. 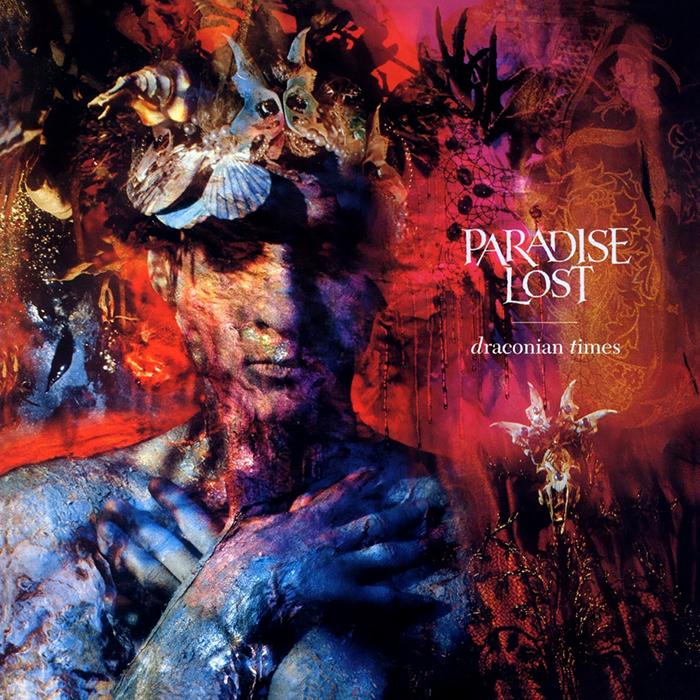 Draconian Times, is an awesome introduction on Enchantment, but also magical songs. The Last Time, Forever Failure, Shadowkings, Shades of God… Some hymns we hear on stage even 20 years later. Please note that the beginning of Forever Failure is a monologue from Charles Manson on the documentary « The man who killed the 60s ».
Sometimes fast, sometimes slower but composed on the same pattern, titles chained during those 49 minutes without we really notice. Paradise Lost drive us out of time. They never miss the melodic part, even in fasts ones. Some songs have orchestral tones that we owe, once again, to Gregor Mackintosh.
Even if the big fans from the beginning (Lost Paradise and Gothic) will be a bit disappointed to find just a few Death elements to the detriment of melodic and heady parts, this record is one of the main work from Paradise Lost‘s discography. Their « back to the Death roots »  was done on 2015.
Admirative of the Doom Death style they contributed to create, Draconian Times has its own universe on which Paradise Lost achieve to wonderfully play. A must hear record for every Gothic or Doom Metal fan.