Because once isn’t enough, we will focus on dark music today. The Deathship Has A New Captain is the german band The Vision Bleak‘s first full-length. It’s a Gothic Metal masterpiece. Many Industrial Metal tones will be include into the record to travel through numerous horror movies that the band easily takes inspiration. The band released six full-length and two EP.

Created in 2000 by Tobias Schönemann (AKA Allen B. Konstanz, who also plays with Ewigheim, Marienbad and Empyrium) and Markus Stock (AKA Ulf Theodor Schwadorf, who also plays with Empyrium, Eudaimony, Ewigheim, Noekk and Sun of the Sleepless), they record every instruments. Some session members (Fursy Teyssier, Tino Platz and Thomas Seiferlein) join them on stage, but all songs theirs. Follow me through these evil woods, but beware of the deadly fog my friends… 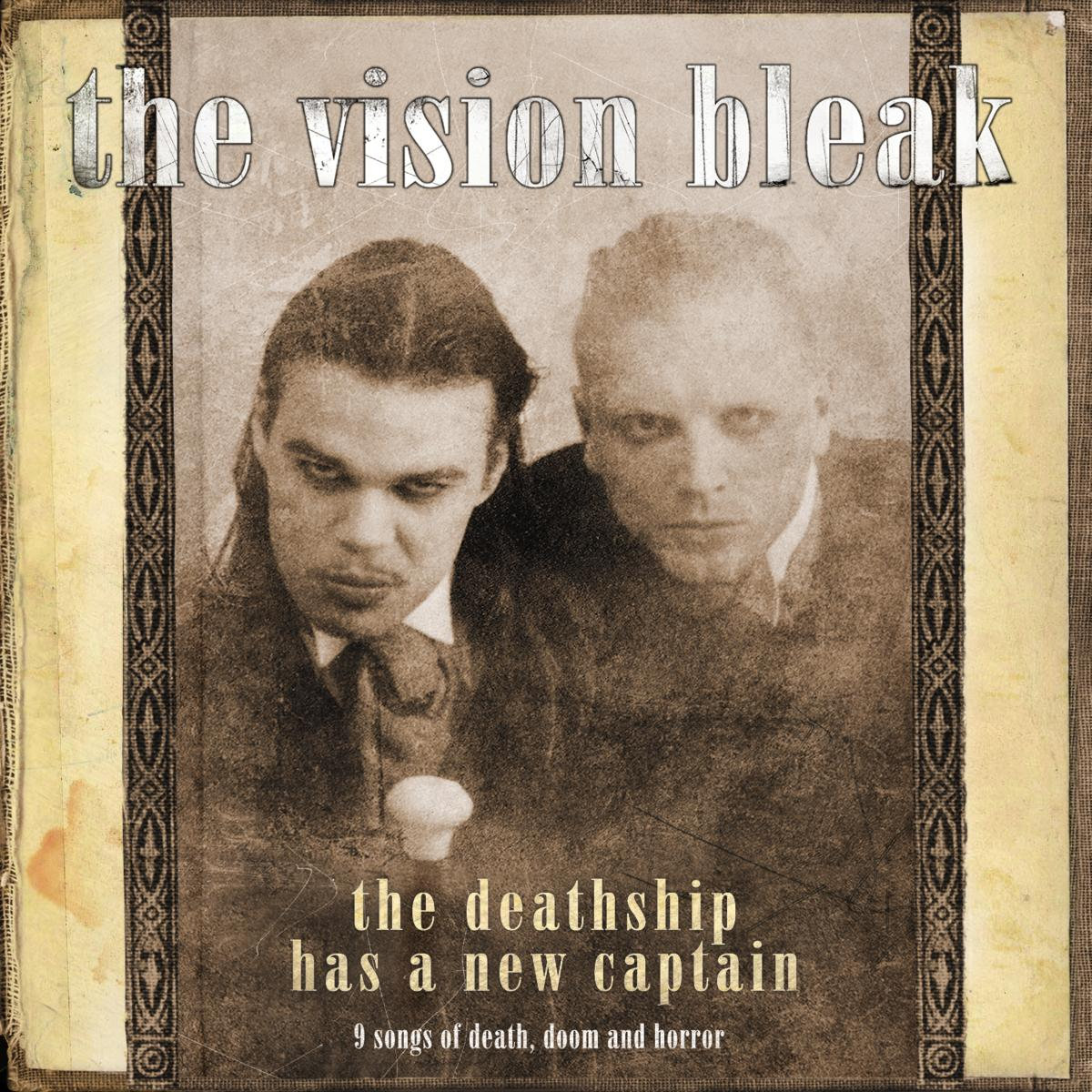 A Shadow Arose, an introduction with a narrator, allows to the band to create the gloomy atmosphere. Piano notes, soprano and tenor voice, heavy atmospheric riffs. The opera is ready for The Night Of The Living Dead. This first song has drawn inspiration from the eponymous movie by George A. Romero (1968) and is enough to represent alone the band’s power. A deep voice, with a female choir, on a powerful rythm and which keeps its atmospheric effect. This song is obviously the band’s famous one.
Wolfmoon is a bit more jerky, and sounds like the horror’s symphony. The lead guitar part contributes to carry us far from this world, and releases us just in time for Metropolis. Also a reference to a horror movie (from Fritz Lang in 1927), this song with epic sound guarantee some chills because of the deep voice… The next one, Elizabeth Dane is full of samplers under heavy riffs and some worrying piano tones. The name derives from John Carpenter‘s movie The Fog.
Horror Of Antarctica references to Lovecraft in the lyrics (like the name « Tekeli-li« ) whereas the riffs carry us right to the frozen lands. The Lone Night Rider starts with Industrial Metal roots to take us back on the Earth. A revelant mix between powerful riffs and horror inspirated stuff. The Grand Devilry attacks on the beginning with the fastest tempo of the record, and a phrasing that follows this speeding.So we’re still awake for the last track !
It’s the strangest song. The Deathship Symphony has some Symphonic Metal sounds and starts with a sampler. All the band’s splendour highlights on this track, the one and only luminous part of the band.
The Vision Bleak is an unusual band that knew how to market their sound, when Metalcore starts. Lately they released their last album, The Unknow, and a compilation that focuses on the whole discography from the very beginning. You can now open your mind, shadows are gone.

One thought on “Review 039 : The Vision Bleak – The Deathship Has A New Captain – English”