If there’s a single country which doesn’t respect any rule about music, it is obviously Japan. Seen as one of the cutting edges of the Japanese music in Europe, Girugämesh was formed in 2003 but only released its first album, 13’s Reborn, in 2006. Then formed with Satoshi (voice), ShuU (bass), Nii (guitar) and his brother Ryo (drum), the line-up won’t change anymore. After thirteen years of work, they disbanded.

It is not on chimera, their last creation, but on their first full-length that we are going to dwell on today. Why? Because it is one of the first album of Japanese Metal that I listened to eight years ago. The band’s style evolved a bit through time but was revolutionary when they started. Settled into Neo Metal, it brings a bit of freshness thanks to Metalcore and Visual Kei sounds. Please do not stop headbanging before the music has come to a complete stop. 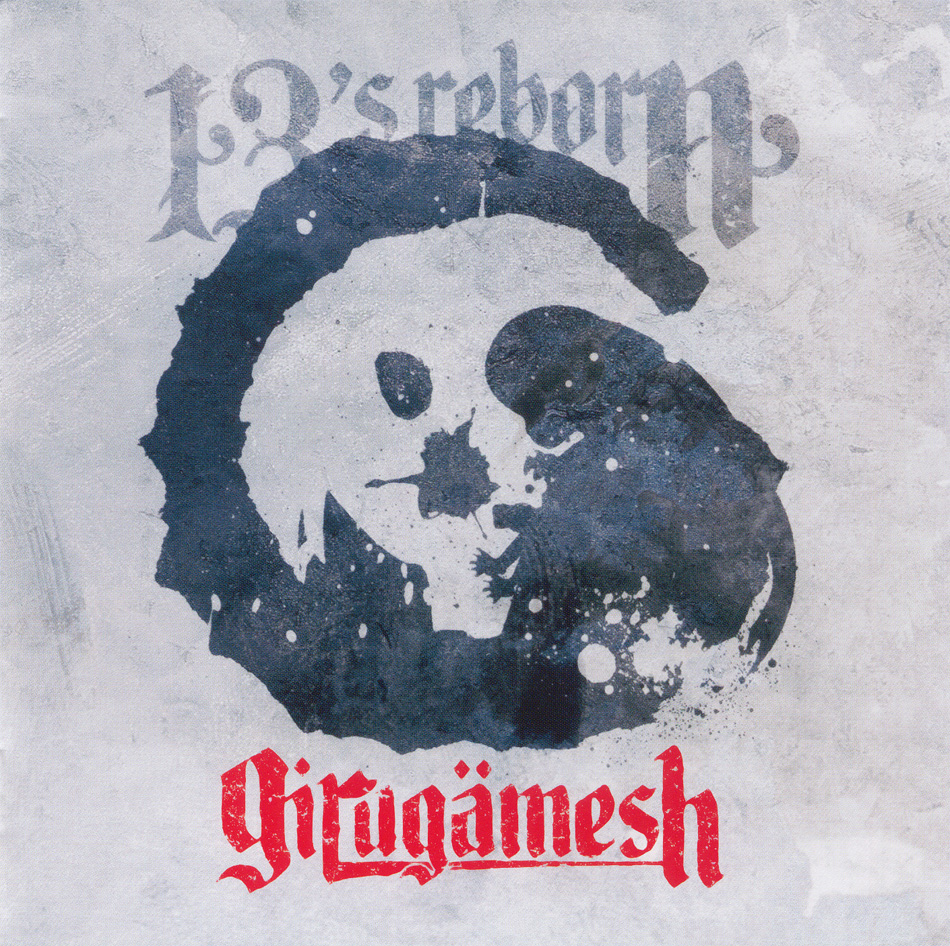 13 is an introduction with a camera sound and a Noise sample. Thus we understand the tortured universe of the band with this simple intro which leads us right to Jarring Fly. Satoshi immediately wants us to see how he masters guttural voice, even if he will sing with a clear voice most of the time. A powerful and halting rhythmic, a changing voice well used, a calm chorus and a monumental break. After a quiet time, the rhythmic starts again where it stopped with new screams.
Shadan will surprise you thanks to its almost electronic introduction, but will take back a rhythmic which clearly puts the bass forward. A whispered voice, which stands for short, before a pure Visual Kei chorus and a new strong break. Mouja no Koushin begins with a sampled voice and a introduction faking the sound of footsteps. Once again, the rhythmic is controlled, the voice is calm on the verse, along with a keyboard, but it is only to contrast even more with a violent chorus. Aimai no Mikaku follows the same way but with a more peaceful rhythmic. One more time, the bass is highlighted.
Robust Conviction allows to the band to take speed again, but it stays on a clean voice, and a catchy chorus. The last chorus arrives after a part when Satoshi sings alone. Ame to Fukousha highlights Girugamesh‘s calm part again. No need to scream, the song is a harrowing testimony on its own way. It could be understood as a power ballad, it’s with an emotional text that highlights the rain that the japanese decided to keep us out of breath, until the acoustic end of the song.
Furubita Shashin revives the Visual Kei roots on clean voice with choirs, perfect for a happy atmosphere. On Decieved Mad Pain, I advice you to warm your neck up. This track is so catchy, I can’t resist to headbang all along. Blending again Satoshi‘s both voices, the rythm part is nearly only lead by bass on verses, the break will crush some vertebras. One of the band’s best track.
Fukai No Yami takes advantages of some acoustic sounds to contrast with the heavy chorus. After a saturated moment again, a solo begins, to complete a near from calm atmosphere, before coming back on a beautiful voice, to finish on a scream of pain from elsewhere… Owari to Mirai comes right after. It’s another catchy song, created to leave a trace on minds and necks. The calm passage on the middle of the song contrasts with the dynamic chorus.
Already the last track, Kaisen Sengen stays on a quick rythm part and a voice-switching that won’t have a single time-out to end on a high note.
Even if they disband not so long ago, Girugämesh is still a special band for me. They symbolize my first step on the Japanese Metal world, and a stage on the discovery of their richness. On the lasts albums, there is electronic sound, and they leave out a bit their violent side that animate them on the beginning.