When two bands share the same musical universe, why not writing a split album, as the french metallers Exylem and the russian metal punks Teach Me Violence did?

Both evolving in a Blackened Post Hardcore, they join forces with the firm intention to strike together. Exylem was created in 2014 and quickly released a first autoproduction, followed by a full-length in 2017, and their story is barely similar to Teach Me Violence who released their first autoproduction at the end of 2014. The russian also released a split with the swedish band Kråkstad a month before the release of Déchus / Pustynia, on december the 24th of 2018. A true christmas gift that we will unwrap now. 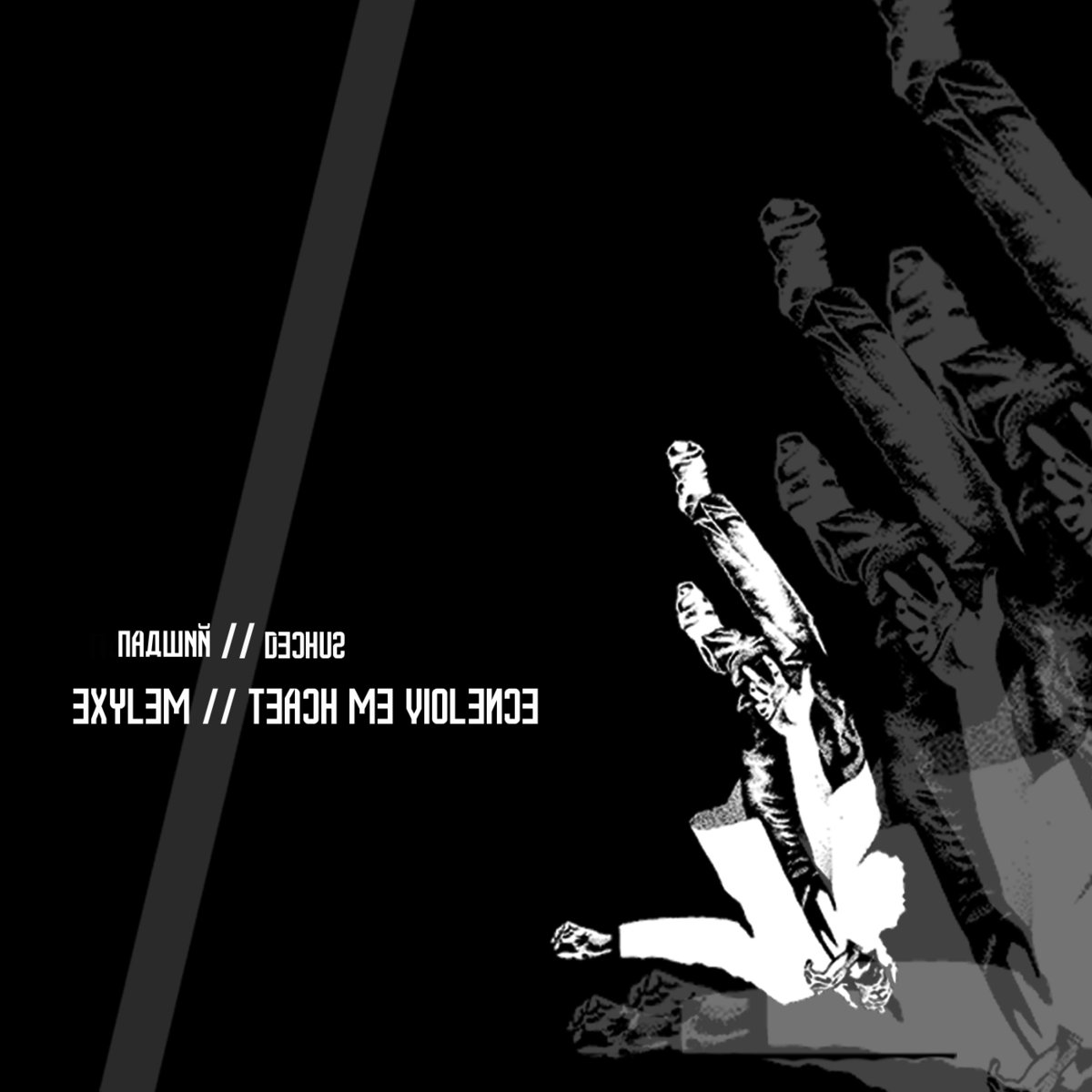 We start by A Mon Ombre Effacée (“to my erased shadow”) from Exylem. After a drum introduction, the french slaughter heavy riffs and a tortured scream in their mother tongue. Dissonances and chaotic rhythmics are part of the track, under a mainly quiet drum that is able to burst into fire to walk with the other musicians’ furor. The riff hastens, then falters to let us breath again before oppressing us again thanks to the singer’s sadness-filled screams. Rhythmic explodes on our face then lights off for real before leaving for Magdalena. Second track from the Frenchs, it follows the same pattern, but this time with a heavier side thanks to the bass that slowly groans on the background. Way more present, the instrument supports this crawling chaos that spreads itself further and further, faster and faster. The band’s third composition is quite an original one, because it was written with Teach Me Violence, and it’s mainly the russian singer’s voice that we hear on ??????? (“Desert”). The riff’s filth is strengthen by the man’s shrilling screams, on calm moments or even when the rhythmic intensifies.
Second part of this split, ???? (Zero) is composed by Teach Me Violence, and the difference is vivid. Black Metal influences are more present, while atmosphere is more enigmatic and less ferocious. At first, I felt like a shadow of hatred that appears and slowly spreads in my mind, as long as musicians develop their sharp riffs. Constant rests make themselves heard but this blackness progresses until the end of the track, where it is finally unleashed. For the last track, it’s a role reversal : composition is from the russians, but Exylem singer comes to pour his lyrics made of fury and sadness on cold and sharp riffs. Both voices melt on this dark ocean of melancholy named Those Arms Are Snakes. the track seems to end, but earns intensity thanks to some whispers and a clean sounding riff, then finally goes back again and explodes for one last time, leaving us alone and destituted.

One universe, but two aspects. Exylem’s emotional coldness genuinely joins Teach Me Violence’s hatred, and both bands play with rage and passion. Déchus / Pustynia is hard to understand and feel, but it’s an increadibly beautiful one. Both will probably grow from this collaboration, and I have no doubt about a live show, if ever they’re gathered for a show one day.