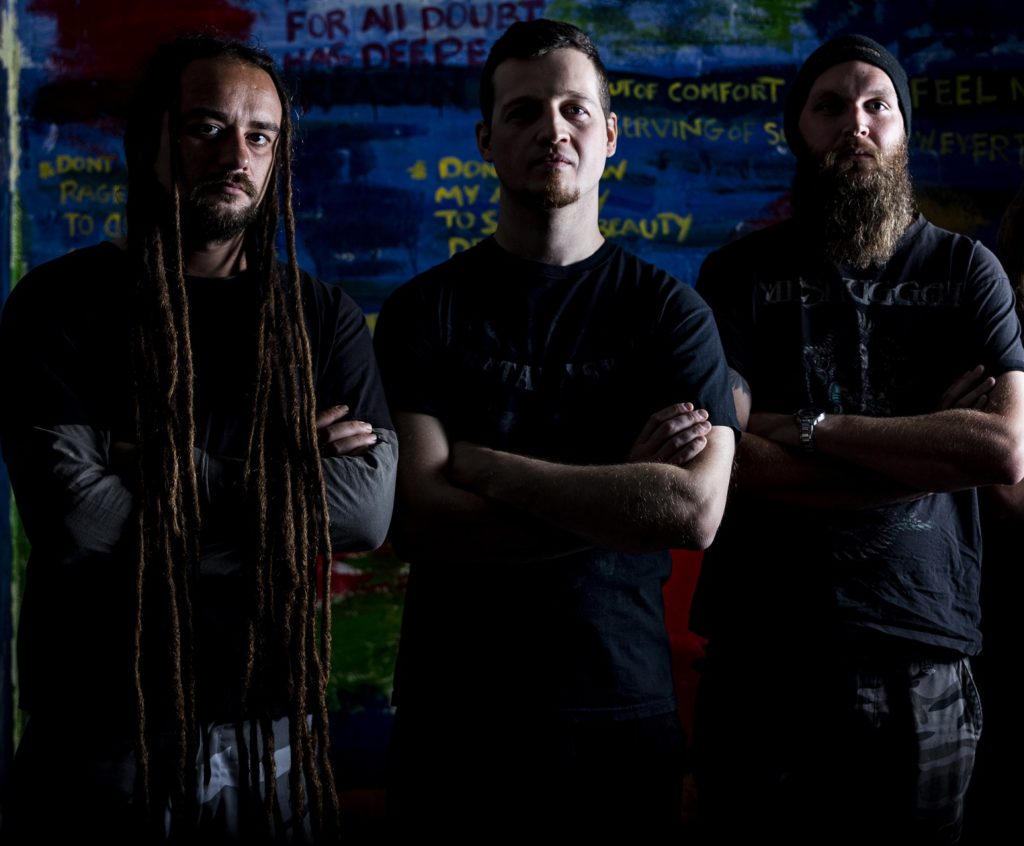 MrKill just released their first EP, called The Day of Reckoning. I had the opportunity to talk a bit with Justin Ks (guitar/vocals).

The Day Of Reckoning album review

First of all, hello and thanks a lot for your time! Would you mind introduce MrKill to someone who never heard about you?
Justin Ks (guitar/vocals): Thank you for having us! We are Mr.Kill a 4 piece Melodic Death Metal band from Melbourne, Australia formed in 2017. We are about to release our debut EP The Day Of Reckoning on July 31st 2020.

The Day of Reckoning , the band’s first EP, is about to be released. How do you feel about that? How does the composition process happen?
Justin: Overall we are very happy with how this came out. It has been a huge learning curve in making music and we have set the precedent here quite well. The music industry itself is one big enigma that is constantly changing. Where possible we try to approach things from a listener’s perspective “how would I want this if I was listening to this?” starting from the composition, arrangements, concept and getting it to the end product that it has become. With regards to production, after years of trial and error of recording music at home and sending it to different engineers to mix, we realized we needed to work with a professional, someone who has produced successful metal bands. On this EP we worked with Chris (Themelco) from Monolith Studios here in Melbourne who helped us achieve the right sound and production for our music. It really makes a difference when you work with someone of that caliber. Most of the material for this EP was written in the last 3 years, pretty much since the formation of the band. Once all the production, mixing and mastering has been done, the end result exceeded my expectations. Production wise this is up there. However, composition and performance-wise you could always argue. Despite all of the above we feel like we can and need to do even better on our next release.

You released a lyric video for the song Annihilation, why did you chose to highlight this one?
Justin: The whole EP is one big story of an end of the world/destruction situation. It begins when evil dawns upon humanity, it takes over; it enslaves and causes turmoil and misery. The other tracks focus on different aspects of hate, despotism, abuse of power, subjugation and state of confusion. As we are planning other releases, we thought it would make sense to start the story from the start, not the middle or end.

When I listen to the EP, I obviously feel huge Melodic Death Metal roots, but also some Thrash and Old School stuff influences, who would you consider as the band’s main influences?
Justin: We really try not to fit in any particular genre as we find this could impose unnecessary limits on our creativity. It just so happens that our current sound, riffs and structures can be best described as Melodic Death Metal. Of course you will hear certain influences. Some people compare our sound to In Flames while others said “you sound like Cradle Of Filth”. From the Death Metal scene the biggest influencers would certainly be Kataklysm, Dark Tranquility, In Flames (early), Hypocrisy, Paradise Lost, and many others. Ours riffs are based on melodies rather than riffs as such; hence melodies are at the root of any song we write. A lot of the melodies are actually inspired by Latvian folk and choir music. There is a good reason for this (the main songwriter is Latvian born). We could name hundreds of metal bands that inspired and influenced our music; there is not one particular one that inspired us more than others.

What does inspire you to compose music and write lyrics?
Justin: This is a really good question. This whole EP turned out very dark and evil and to write something like that you need to be in a certain state of mind. In Australia, where life is generally really OK, it is not easy to find inspiration to write dark stuff. When I used to live in the UK and the weather was gloomy for the most part, finding inspiration was easier. Generally, good metal music inspires to write metal music. Currently there is also a lot happening in the world, especially ignorance, injustice and most current world events certainly contribute to inspiration when it comes to writing music.

You consider MrKill as a character who lives through your music, right? Could you tell us a bit more about him? His birth, his journey against the world, what does he feel… Is it easy to explain someone else’s feelings through your songs?
Justin: Mr.Kill is an idea/concept of an evil guy who does evil things. As such we really don’t like associating our photos with the band concept. I think it would be cool if the band stayed as a visual concept rather than photos of dudes playing metal. In the core Mr.Kill is a dude who does whatever he wants when he wants it, hence you see a dude on the EP cover who’s just brought down a city. He could be described as someone you wouldn’t want to mess with. Mr.Kill and the whole EP can also be interpreted as symbolic representation of evil ideas and events, instead of a physical person running around and destroying places. If people can see more than one meaning in our music & lyrics, then we definitely got it right, but only time will tell. When we formed the band, the name came along and we started writing music, the idea was to make the lyrics evil and nasty. It had to be evil and nasty, that’s what death metal is supposed to be. In our debut EP The Day Of Reckoning the whole EP focuses around an apocalyptic theme of end of the world situation where the songs explore different states and scenarios of abuse of power, darkness, turmoil, malice and ignorance.

Let’s talk about you now, what was the beginning of your musical journey?
Justin: Well, Mr.Kill began around 2010 in Leeds, UK when I went to Uni there. In 2007 went past a shop in Leeds downtown and bought an electric guitar, the rest was history. The first Mr.Kill song Hatred from the new EP in its initial form was written in 2010 in Leeds. Since then I pursued my career in engineering, ended up here in Melbourne, Australia which is now my home. Due to work related issues I was unable to dedicate time and attention to music until 2017 when I formed the band with a few other people. Since 2017 we’ve been in the process of actively writing music, playing live and released singles.

What was the very first Metal song you listened? And which was the song which makes you think “I want to create a band and play on stage”?
Justin: I can’t recall a particular song. I vaguely remember listening to some of Metallica and Rammstein during primary school. After that I quickly got into heavier music. Writing music and leading a band is something I always wanted to do. Being able to create music and concepts that people can enjoy without it being a full time job is a dream comes true. It is also important having a career in one field and being an artist/musician in a completely different field. This enables to balance it right. 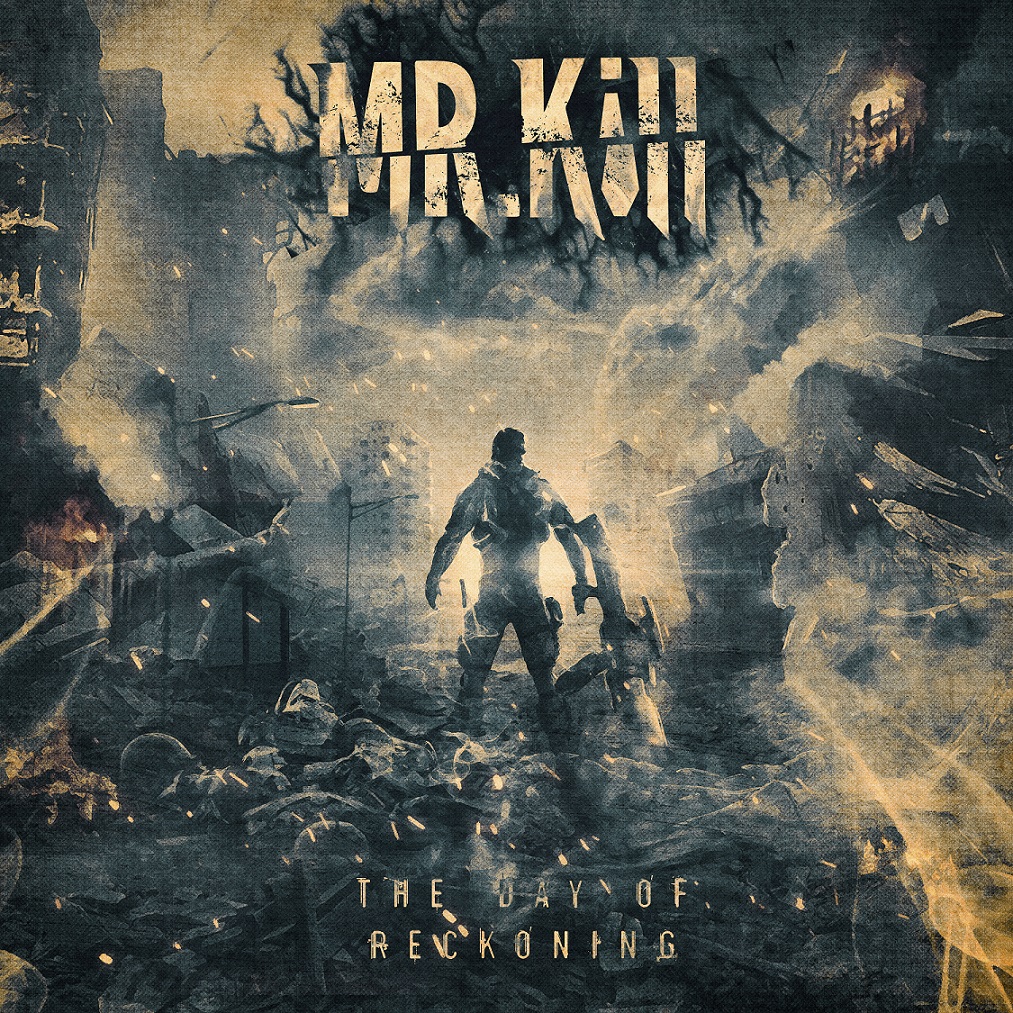 I know that Covid-19 fucked up many things, but can you already tell us about the band’s future? Like video clips, live performance, maybe other releases?
Justin: The band’s future is in making music regardless of what happens. Covid or no covid, if you are true to your art then it shouldn’t matter. Of course we would love to play live, however we understand that with current situation this may not be possible for a while. Regardless, I can tell you right now, we’re committed to writing, playing, recording and releasing music.

In Europe we barely know Australian Metal scene through Parkway Drive, Thy Art Is Murder, AC/DC and Airbourne of course, but also some underground bands like Deadspace, Ouroboros, Be’lakor or Wardaemonic… maybe you can tell us about the Metal universe in Australia?
Justin: The local scene is rich and saturated with good music. My personal favourites are (in no particular order) Orpheus Omega, Nazxul, Blackhelm, Witchgrinder, Cryptic Abyss, Our Last Enemy, In The Burial and many many more. You should check them out!

What if I ask to compare MrKill’s music with an australian dish? What would it be and why?
Justin: I would find it hard to compare music or an artist to a dish, however if I did it would have to be an Aussie barbecue! A barbecue could be anything – different types of meat, some vegetables and definitely no salad. It should contain large chunks of everything and it should get you really full.

Why did you chose Melodic Death Metal to express yourself as a musician? What do you like in this style more than other ones?
Justin: We probably already answered this indirectly. The simple answer is – we haven’t. Currently the music might resemble melodic death metal, however if we find that other styles can help us better express ourselves creatively then we will not hesitate to change it around. I guess melodic death metal has its perks as it enables us to express music via melodies while maintaining heavy but precise riffs. One thing about melodies is they can stay in the listeners mind for a long time.

Here is an opportunity for you to create your dream tour: MrKill is the opening band and you can pick three other bands to complete the bill! Who would you pick and why?
Justin: Gotsu Totsu Kotsu, Kataklysm and Fleshgod Apocalypse. This is a very random pick. These 3 bands I would really love to see on one night. They are each amazing at what they do. To be in the same ballpark one day would be an honour.

That was the last question for me, thanks a lot for your time, lasts words are yours! Cheers from France!
Justin: Thank you for having us! We hope to visit your great country one day. Best wishes and stay safe!