Tomorrow’s Rain comes out of the dark and unveils Hollow, their first full-length.

Founded in Israel under the name of Moonskin, the band is now composed of Yishai Sweartz (vocals), Raffael Mor (guitar), Yaggel Cohen (bass), Yoni Biton (guitar), Shiraz Weiss (keyboards) and Nir Nakav (drums). After two years of concerts as openers for many great bands of the international Metal scene, the band is ready to shed their Doom/Death with Gothic influences thanks to AOP Records. 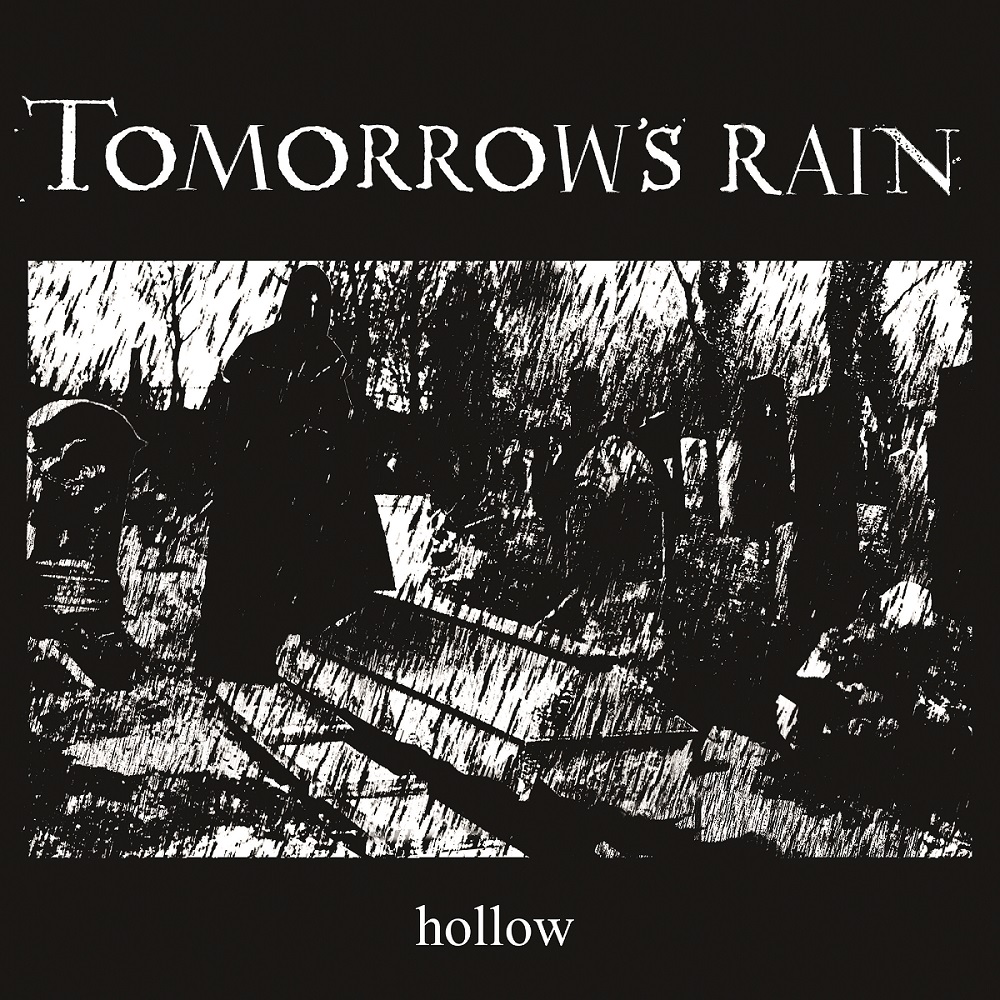 We begin with Trees, a song that begins with children’s voices, then leads us to a heavy and stabbing Doom/Death, accompanied by some melancholic touches. Fear links the band’s sound to an intense pain, that can also be felt in the lyrics. They haunt us as much as the band’s instrumental hits us, and feelings surge with their mastery. Alternating heavy and ice-cold parts with catchy clean sound moments, the band controls our soul. A Year I Would Like To Forget’s piercing leads are nexts, adding a plaintive dimension to this painful statement. In The Corner Of A Dead End Street seizes us due to its softness and its calmness, which gives more strength to heavy parts, allowing the guests to add a more marked touch to the song.
Misery Rain is a more massive song, stronger and warlike. Some parts are quieter, but the stunning heaviness is never this far, and easily captivates. We switch to Black Metal touches for Into the Mouth of Madness’ introduction, a song made as a tribute to late Warrel Dane (Nevermore, Sanctuary). Connoisseurs will quickly figure out how much the man had influence over the band, but also Hollow’s true strength. The song is the most crushing, it can be as much surprising by its intensity than by its diversity. Between female clean vocals, dantesque howlings and penetrating leads, the song can only be loved Last song, The Weeping Song melts once again several aspects of the band’s music, with this ice-cold Gothic, this impressive Doom Death and this majestic atmosphere, for an impressive final.

Hollow is nothing but the purest translation of an ageless melancholy that Tomorrow’s Rain achieve to tell us. Personally, I listened to this album many times before totally feeling it. And I wrote this review after a special event in my personal life. It is obvious to say that each guest adds another touch to this majestic, impressive and painful universe.