Maybe you already heard about Nuclear.

Founded in Chile in 1995 under the name of Escoria, the band changes name in 2001 then offers five full-lengths of Thrash with multiple influences. Numerous tours forge their reputation on the international scene, but Punto Sudy (drums), Francisco Haussmann (guitar), Matías Leonicio (vocals), Sebastián Puente (guitar) and Roberto Soto (bass) ramp up to offer us Murder of Crows, this fifth album. 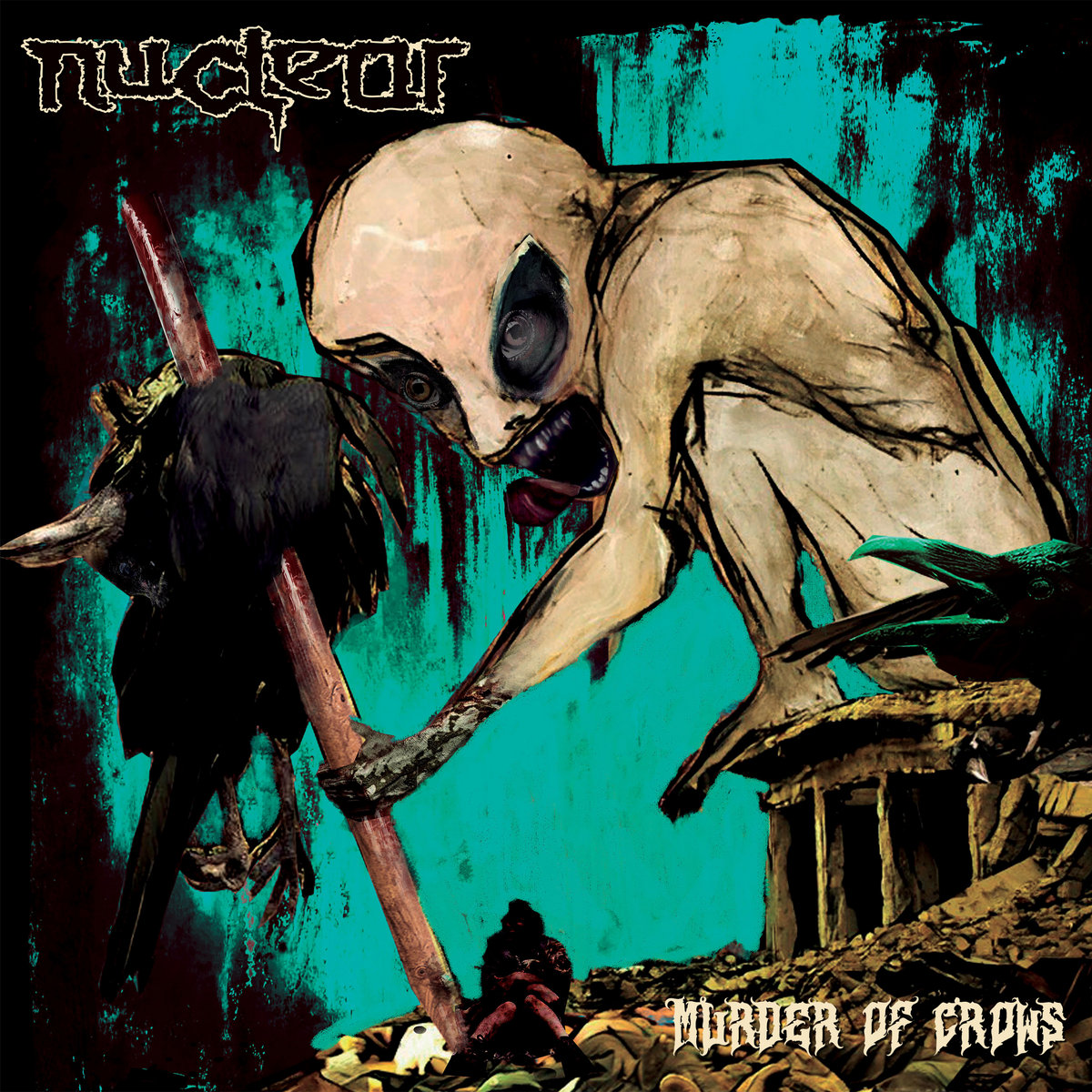 We begin with Pitchblack and its clean-sounding melancholic guitar, that progressively handles blackness before Murder of Crows. First feeling, the sound is as sharp as catchy! The warlike rhythmic allows the band to place worrying sonorities and solid vocals while keeping Thrash Metal’s rules. Riffs are accelerating and rage can be felt on leads. Same observation for No Light After All, an uncompromising track that smells Old School. The rhythm part is aggressive and allows the combo to unleash crowds with this short song. Let’s go back into dark tones with When Water Thickens Blood, a song of which introduction makes us sink into a true horror movie. Slower, heavier, but mainly more weighing, the song creates itself its own ambience, thanks to this ghostly lead. With Friendly Sociopathic, we leave again for this pure violence, this raw surge and this frenzy that the band loves.
Abusados links Old School sonorities, rage and dark influences for a heady song that picks into all the band’s influences. Those vicious harmonics lead us to Misery Inc, another intense song that will create crowd movements when festivals will be back. Those backing vocals give strength to this chorus, supported by a continuous blast. We carry on with Facing Towards You, a worrying but also piercing composition. The melting of those two aspects gives it this special touch that makes it a very interesting one. Same feeling for Hatetrend, a track that easily shows the band’s wrath, which they use to forge their riffs. Short break with Blood to Spare, a worrying and soaring sample that leads us straight to Useless to Mankind, the last song. Way longer than the other ones, the song offers us a last fix of pure violence, coupled to a soothing clean-sounding final, as if they wanted to sign the end of an era.

Nuclear was expected with Murder of Crows. The band’s reputation is on the ascent thanks to their recent live performances, but it is far from being usurped. The record will be loved by Thrash fans, but also by gloomy ambience lovers.