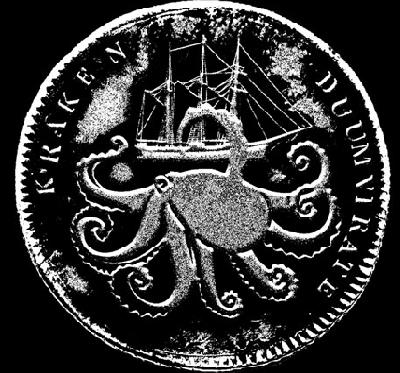 Out of time, Kraken Duumvirate offers us a first album.

After two EPs respectively released in 2008 and 2011, Magus Polypus Apollyon XIII et Grand Architeuthis S. Dux, the two members decided to attend to The Stars Below, The Seas Above. 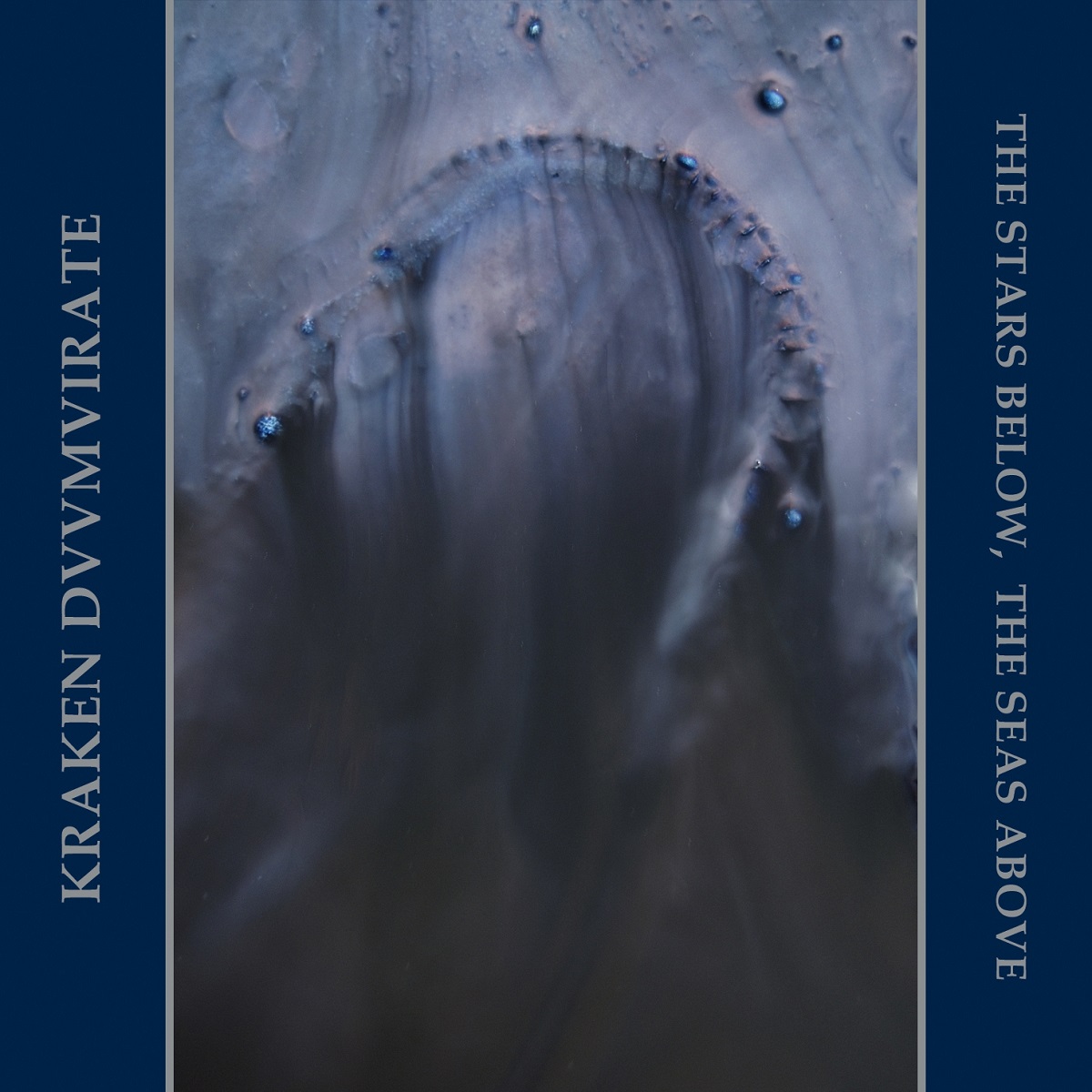 Very mysterious, the band evolves into a mystical Black Metal with Atmospheric and Experimental touches, as Star-Spawn, the first song, proves it. The sound is airy, soaring, dark, worrying but above all heady. Whispers also participate in this special ambience, as well as several sound effects. We find this touch of Science-Fiction but the album is interrupted by a transition. II prepares us to the next strike while making us sink a bit more in this strange universe, then The Temple unveils itself. Once again, the sound is slow and dark, ice-cold and as impenetrable as the oceans’ depths. Leads throw us on howlings, the rhythmic buoys us, then IV, another interlude, comes to break the rhythm. A distant noise, some mesmerizing space sonorities, and The Stars Below, The Seas Above begins. The instrumental catches us in its nets, while vocals recite some mysterious lyrics, then the rhythmic catches fire. A dissonant saturation, a wave of blackness, but still this worrying quietness that remains. VI authorises some minutes of rest with submarine noises, then Queen, Arise comes to us. Massive, cold, majestic, the composition literally crushes us with this impressive languor. The song is by far the most weighing, the scariest and the darkest of the album. Once accustomed, we just let ourself being carried until the end.

Kraken Duumvirate is far from being a usual Black Metal band. The band’s numerous experimentations put The Stars Below, The Seas Above to Doom Metal boundaries, to the summit of a weighing atmosphere, but above all they draw attention.