Skelethal is back from the grave.

Founded in France in 2012, the band begins thanks to Gui Haunting (vocals/guitar). Since, Lucas (guitar, Mortal Scepter), Julien (bass) and Lorenzo Vissol (drums, Bütcher, Schizophrenia) joined him, and it’s The Unveiling the Threshold, the band’s second album, is released. 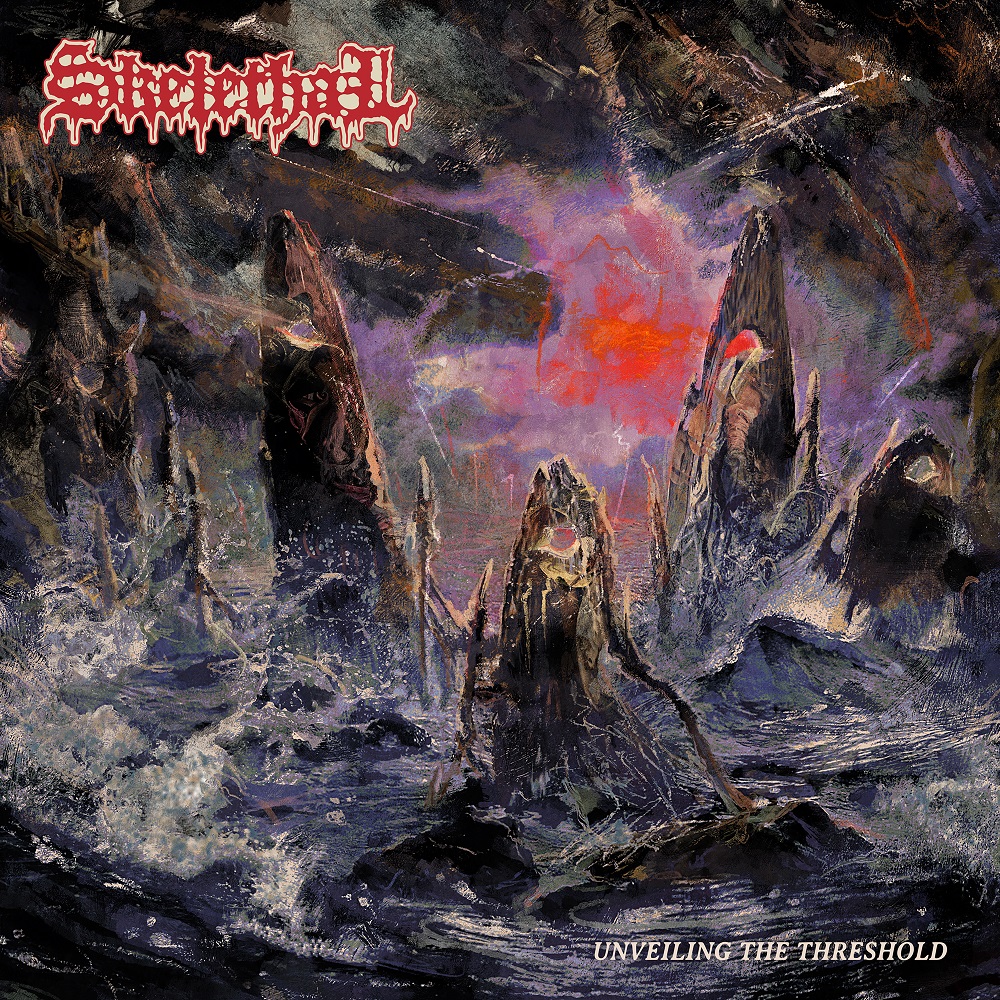 We begin on Sidereal Lifespawn, a greasy and putrid song that smells Old School Death Metal for sure. Some samples add some worrying tones to the band’s riffs, and this blackness also spreads to the voice. Same feeling for the piercing Anthropomorphia, a composition with sharp leads that perfectly integrate themselves to this heavy rhythmic, relentlessly striking. Emerging from the Ethereal is the next one, and it’s with an unhealthy groove and an out from the grave energy that strikes with riffs. The song is warlike, and the lead guitar spikes this thick part to lacerate us, while Repulsive Recollections rolls upon us. The rhythmic is fast, the blast allows the band to vomit their morbid mixing upon the face.
The fast Cave Dwellers will reassure those who doubt about the raw aspect of the band’s music, offering two minutes of blast, some cavernous howlings and greasy riffs, while On Somber Soil allows itself to create a haunting ambience thanks to a mesmerizing rhythmic. Once again, greasiness literally flows from the musicians’ strings, and more technical harmonics come out of this thick mix. We go for Adored With the Black Vetebra, a song with fast tempo. The sound seems to be out of the vault, and violently strikes us before coming back on morbid ambiences. Last song, Abyssal Church.. The Portal Reve takes the time to shroud us with greasy blackness, worrying sonorities and an oppression that grows up before coming to this powerful rhythmic that literally spits upon our face.

Even if they’re still not ten years old, Skelethal proves their craftsmanship. Unveiling the Threshold could have been released thirty years ago, and shows once again that Old School Death Metal isn’t generational.