Be ready for Revolting’s new assault.

Founded in 2008 by Rogga “Revolting Rogga” Johansson (vocals/guitar, Down Among the Dead Men, Mecascavenger, Paganizer, Ribspreader…), he recruits Grotesque Tobias (bass) and Mutated Martin (drums) as well as Desmond Root for the lyrics. The Shadow At The World’s End, their seventh album, is about to be released. 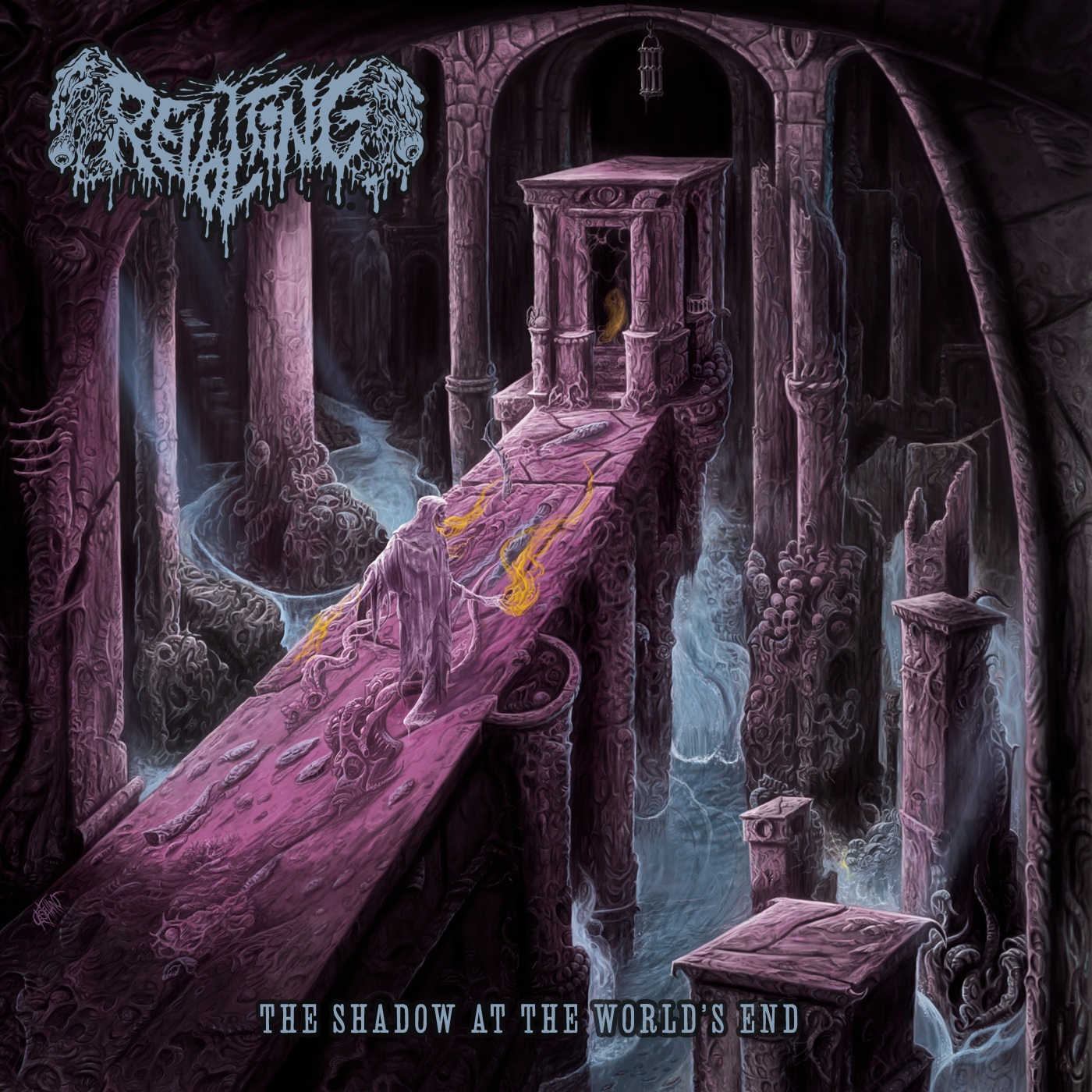 While pushing the doors of Revolting’s universe, we obviously expect Swedish Death Metal, a thick mixing of raw riffs, sharp melodies and guttural howlings. Guess what? The Shadow At The World’s End is made of this.
During half an hour, the band will strike us HM-2 feeded riffs, sharp and bloody leads, a greasy and uncompromising rhythmic, as well as screams that will make dead bodies enter the mosh pit. Without delay, the band begins at full speed with Defleshed. Those who are used to this special sound are already enjoying it, and newcomers will be blown away by the strength. But the band’s special touch dwells in integrating some groovy elements to this massive sound, like on 1888 or some catchy melodies on The Shadow At the World’s End. No need to describe each song, but we can focus on epic sonorities from Daggers That Mimic Life’s Pain, a melancholic song, furious leads of To The Bitter Bleeding End, and the violence on Revolted By Life Itself, the final song.