Have you ever felt despair overrun in you? I’m In A Coffin did.

Founded in 2008 in the United States by Sad-ist (basse/keyboard/vocals) and Adorable (guitar/drums/vocals), the band releases two demos and a full-length the same year. A split in 2012, then Waste of Skin marks the band’s come back in 2020. 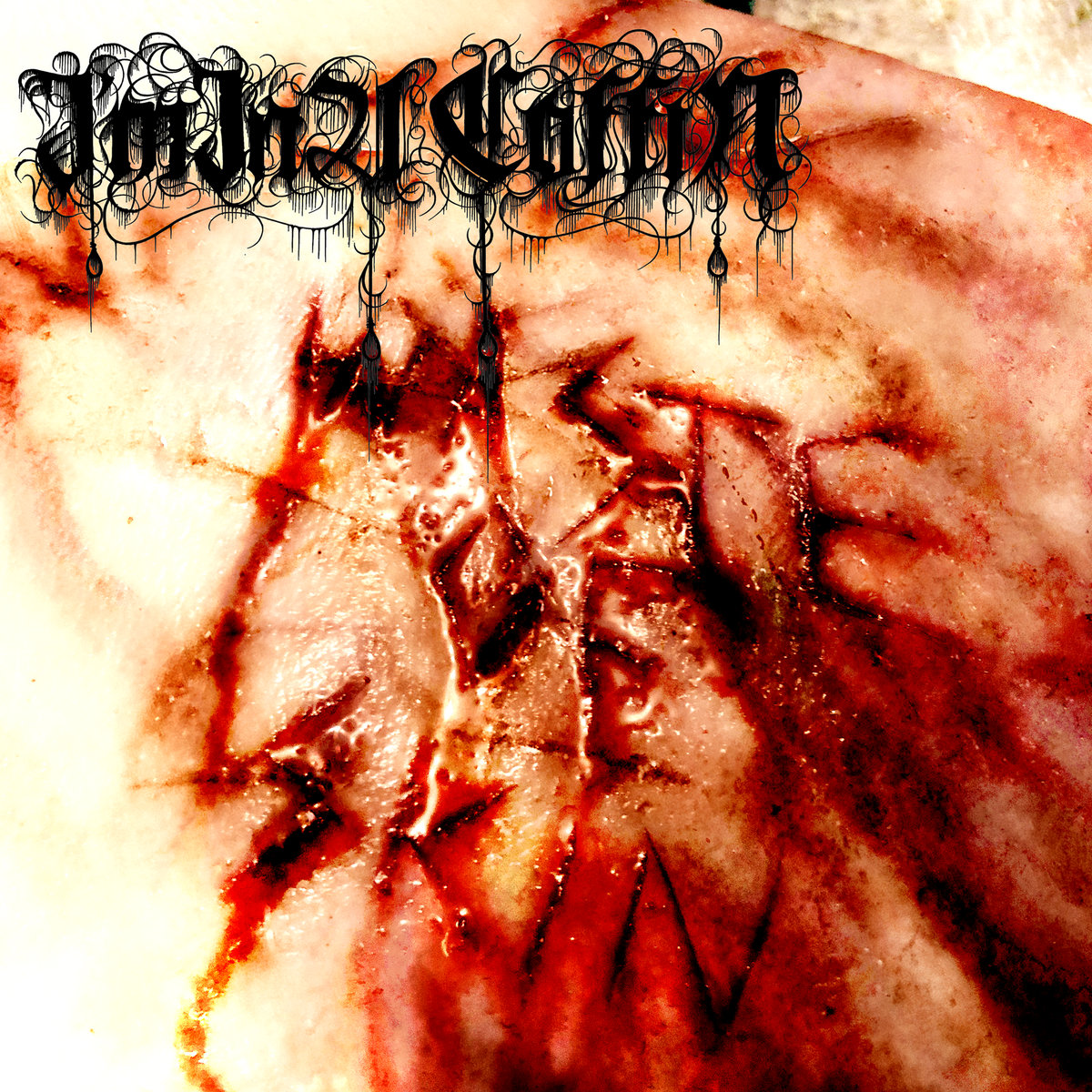 You quickly guessed if it wasn’t obvious, I’m In A Coffin plays DSBM. And this album is the proof of nine years of composition between suffering, sorrow and pain. We can feel it since Solipsistic Dry Heaves, a slow and haunting introduced by a melancholic sample. The vocal duality between the two members stays anchored in sorrow, and it expresses itself again on Ending Soon Now. The rhythmic is heady, airy and cut by some softer voice, but the plaintive howlings surfaces again fastly. Whether bass is omnipresent, guitar harmonics are not aside. Slave to my Skin and its tortured rhythmic are next, but a disturbing clean sound comes to create a seizing contrast, as well as the addition to some piano.
Dust Spirit is strangely catchy, while keeping those dark tones. A massive basis fed notably by fast double kick while musicians develop their harmonics and pour their vocals. Instrumental part with Dawn Goes Down Today, a short airy song, that allow to breathe while staying on this ambient melancholy before Suicide Eyes. Whether the song begins as softly as the previous ones, the rhythmic will explode, offering an intense moment. But the band will slow down, adding some majestic keyboards before Life Never Was (Waste of Skin), the last song. It’s the longest of the album, but also the one that melts the most all the band’s influences and sonorities. A clean sounding break on the center of the song allow them to revive more ardently this painful lament, then finish it with heaviness.

After a deep silence, I’m In A Coffin celebrates its comeback with a full-length. Waste of Skin is a gathering of compositions made of emotions, suffering and sorrow, related by an inspired duo that embodies despair.