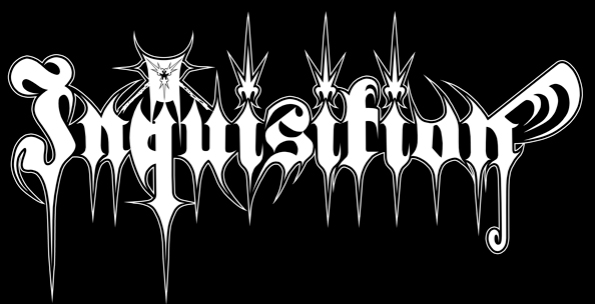 After a moment of silence, Inquisition are back.

Created in 1988 under the name of Guillotina by Dagon (guitar/vocals) in Colombia, the band changes its name in 1990 then relocates in the United States in 1996. Incubus (drums, ex-Pregasm) joins the band, and the releases flow. Black Mass for a Mass Grave, the eighth album, is unveiled the eve of its release date. 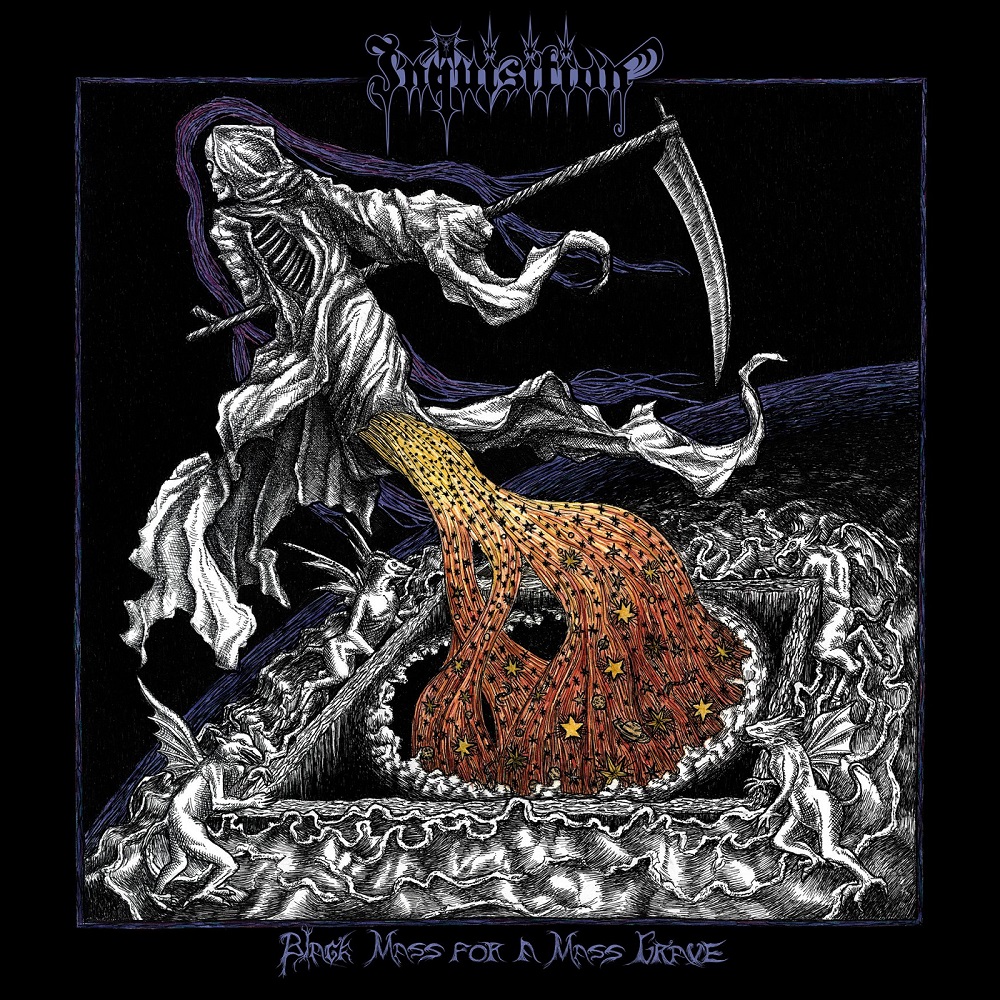 Sumptuously illustrated by Vincent Fouquet, alias Above Chaos (Azziard, Bethlehem, Melechesh, Nordjevel…), this album was secretly expected as the unholy messiah’s comeback, especially after the recent events that were reproched to the band’s leader. But let’s talk about music, and let’s focus on this melodic dissonance the duo offers, between a thick and ambient rhythmic, those relentless hits and those so peculiar vocals that makes the band’s character. Through twelve as disturbing as scary, relaxing and seizing tracks, Inquisition fascinates us. A first Old School approach with Spirit of the Black Star and Luciferian Rays, the two opening tracks, reminds us the roots of their sound. But whether the constant rhythmic is soaring, leads are often piercing, like the one on Necromance Through a Buried Cosmos, which assaults us and carries our mind, as well as some Dungeon Synth influences can be felt, like on this moment on Triumphant Cosmic Death. Tracks are marching and their melodies as well, making us go from the oppressing ambience of Ceremony for the Gathering of Death to a soft dissonance, an epic sound, a haunting and heady atmosphere… We will notice contrasted riffs on A Glorious Shadow from Fire and Ashes, the slow and weighing sound of Extinction of Darkness and Light as well as this mystical and surprising vocal part. The end of the album unveils on the same tones, making this compendium an excellent following to the band’s rich discography.

Until the band suddenly unveils a song, no one expected the comeback of Inquisition. However, Black Mass for a Mass Grave is out of nowhere, and strikes us with rare melodicity and dissonance, which draw once again their energy into the dark cosmos.