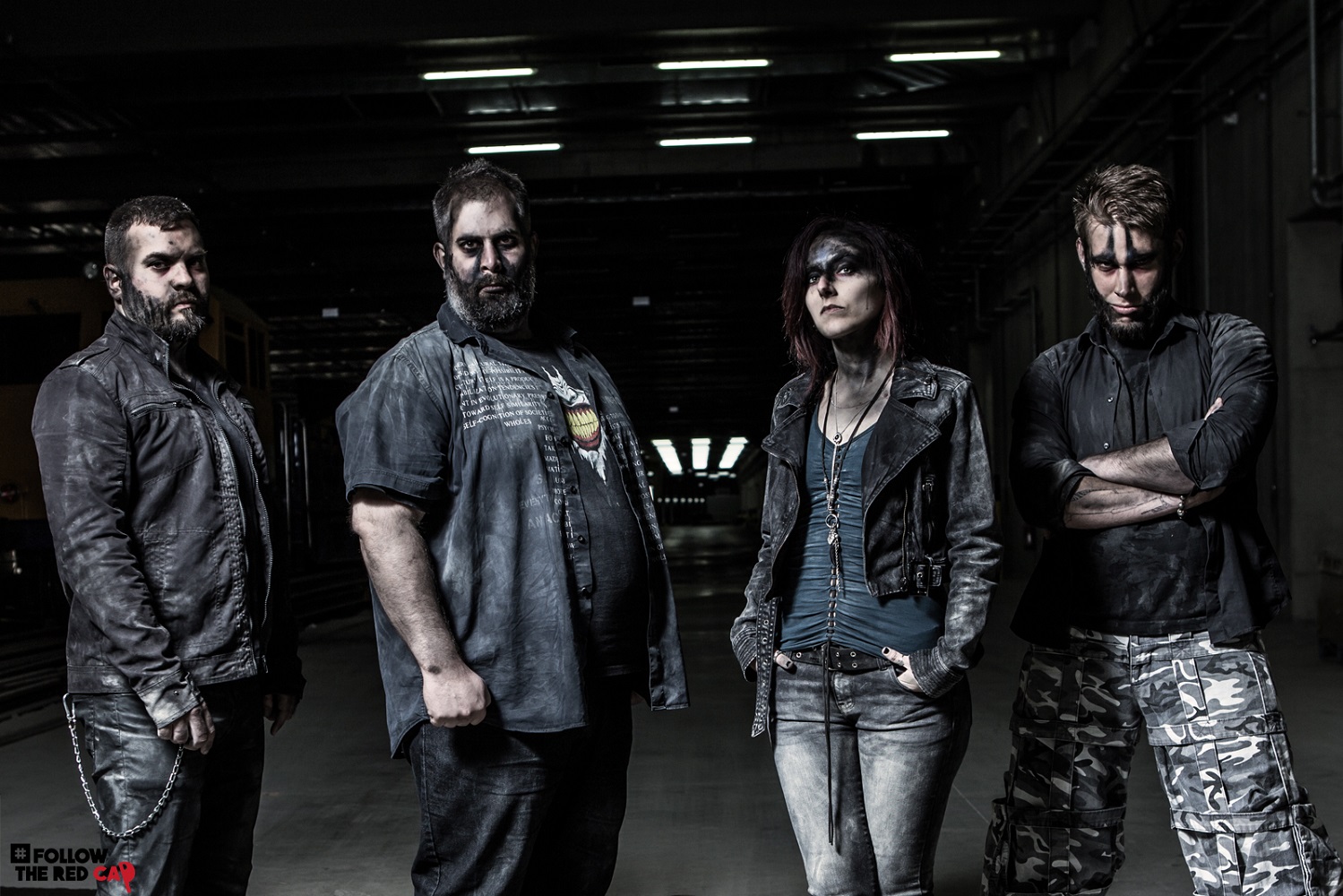 After the recent signing of the band with M&O Music, Lowe, Explicit Human Porn’s singer, took time to answer my questions about In Excexx, the band’s first EP.

About sound, you tend to play a very groovy Industrial Metal with more Alternative touches, what pushed you into this style?
Lowe: Explicit Human Porn’s musicians have diverse influences, into Metal and other styles, so we would like to melt different codes when we compose a song.

Generally, what does influence you? About bands, but also visual stuff, writing…
Lowe: Visually speaking as much as for writing a lot of things: everyday life, actuality, history, movies, fiction, weather…

Your first EP, In Excexx, is about to be released, are you confident? What was the composition process and how did you create the artwork? What does direct you to those themes?
Lowe: The themes we chose musically and visually for this first album should touch upon the band’s creation concept. We chose some very generalistic subjects to have some kind of flexibility for a first creation. After this experience, we can now focus on more specific themes. 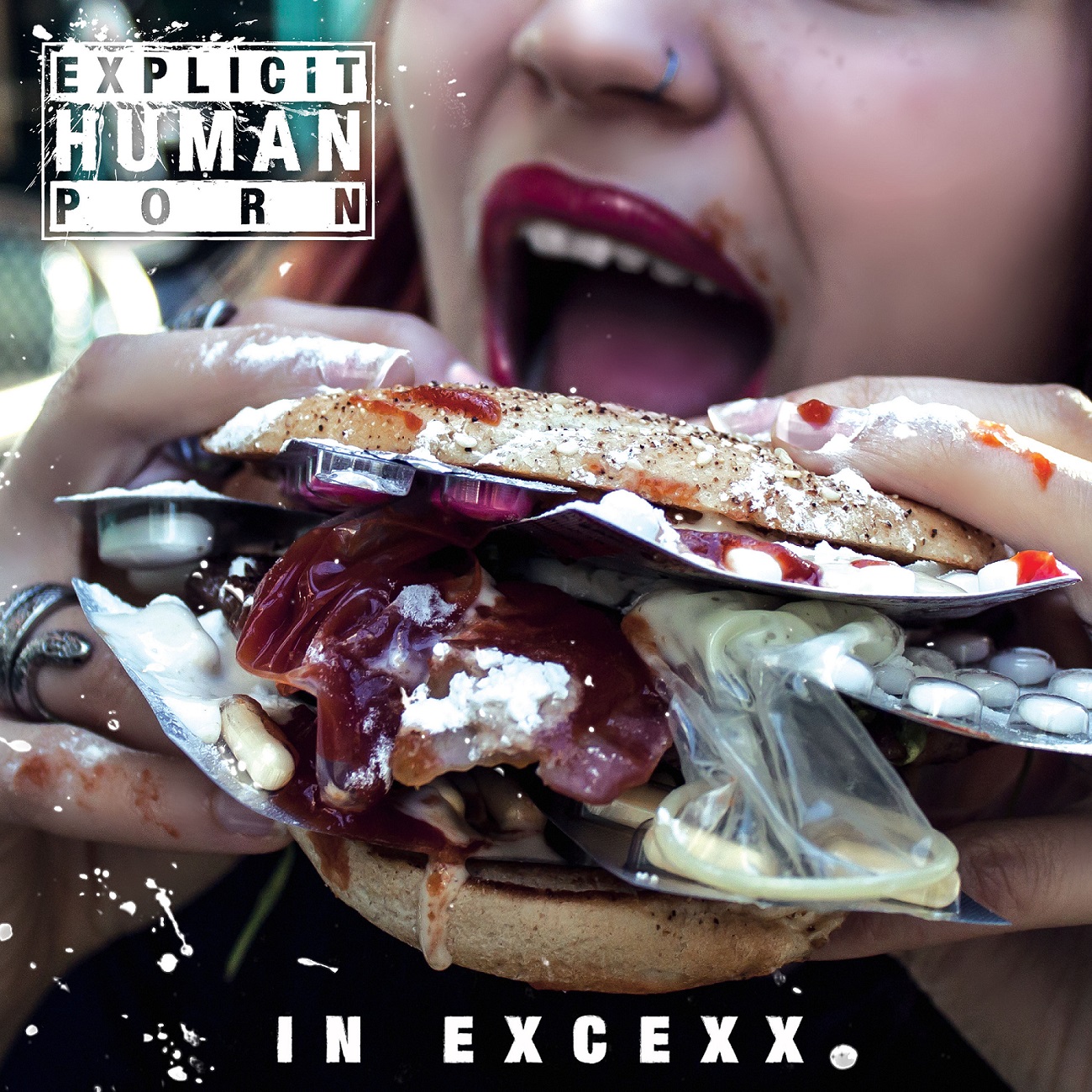 Do you have a special event planned for the EP release? Virtual or in person.
Lowe: We’re thinking about, I won’t unveil anything for now.

You released a first clip for the song Radiosilk (which was fastly censored), what is the message you want to deliver with this clip?
Lowe : Radiosilk deals with the relationship with image nowadays. This censorship just strengthened the message of the videoclip: some few insightful images from an unknown band faced censorship while clips/movies of nude/violence/sexe/other are watched thousands of times and don’t receive anything.

Unfortunately, Covid-19 slowed down a lot of things, how does the crisis affect the band? What about you personally?
Lowe: At the wrong time, as for most of us I think. At the beginning, the album release was planned for a bit before the first lockdown. We had to rethink our schedule. Nothing was cancelled, let’s just say we postponed deadlines, so we took time to polish everything. I personally think it was instructive.

Do you already have plans for the band’s future? About shows, releases…
Lowe: We are currently composing new songs and realizing new visual content that will come out in 2021.

What was the first Metal song you listened to, and what was the element that made you want to become a musician?
Lowe: To be honest I don’t remember, I think it was a Marilyn Manson song. My musician friends gave me the will to become musician myself.

We are talking a lot about the future of social relationships, how do you see the future of the human race?
Lowe: Too much possibilities of answers, to stay simple I’d say mankind will follow time as it ever did, with its qualities and its faults.

Do you have a goal to reach as a band?
Lowe: One more than another no. On a short-term basis, release the EP and play on stage if possible. Otherwise, create and develop more our sound.

To which french dish would you compare Explicit Human Porn’s music?
Lowe: Well…

You recently signed with M&O Music after beginning as an independent band, how was the contact with the label?
Lowe: Very well, it was a great surprise for us to be identified by M&O Music. The contact with Alexandre was fine and we could have concluded a satisfying deal for everyone. Of course we have a label but we are still auto producing our music.

It was my last question, lasts words are yours!
Lowe: Cheers.