We all know Death, but only a few of us imagined their music accompanied by a symphonic orchestra. However, DeathOrchestra did it.

The russian band Buicide, composed of Sergey Kuznetsov and Anton Veresov on guitars, Roman Gubarik on drums and Kirill Kotov on bass, teamed up with the Olympic Symphony Orchestra for a show in St Petersburg. It was recorded, for the delight of all, under the name of Symphony of Death. 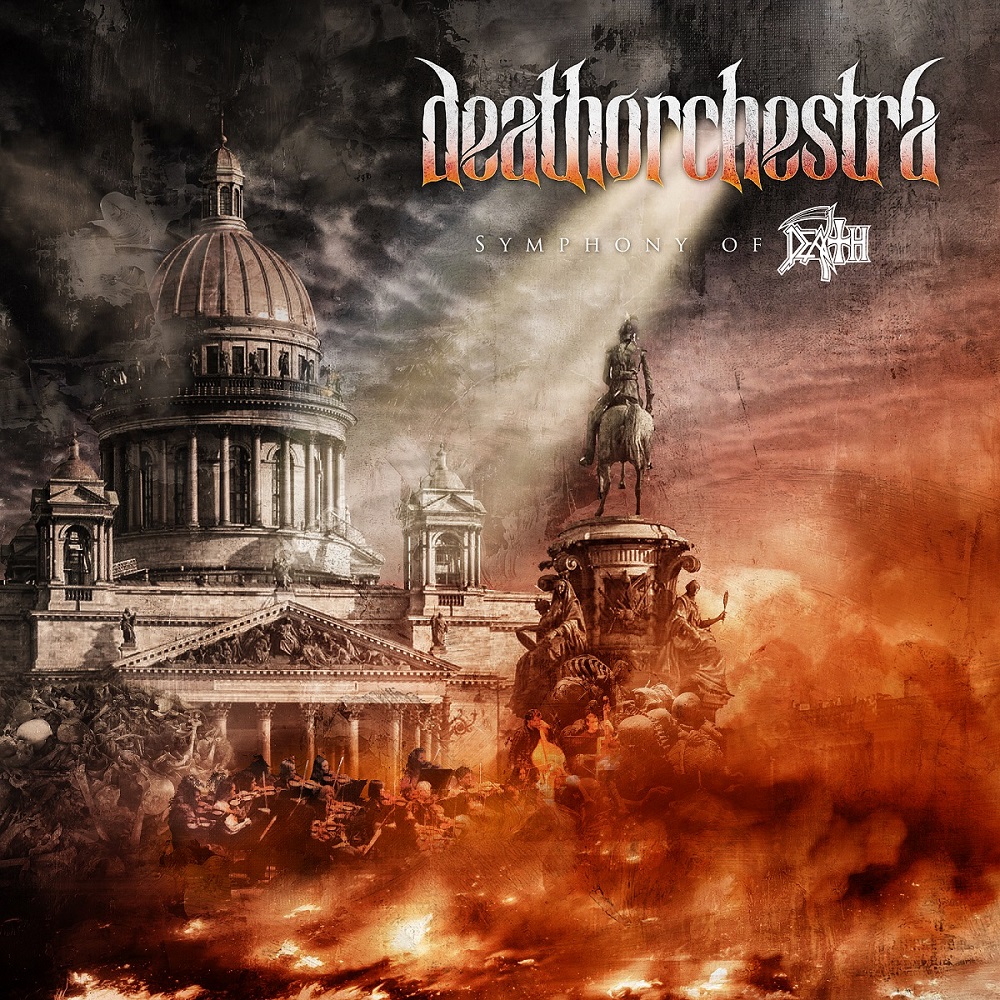 I obviously know that live shows with orchestras are not this rare. Some bands also record with real instruments instead of samples since years, and have in their line-up musicians able to play it on stage. Yet, Death isn’t a band that could lead us to think at such an association at first sight. But the association of the two bands make us think about it, and above all it proves that the idea is everything but bad. We also find a russian musician known into the Metal scene on mix, Vladimir Lehtinen (Second To Sun, Vintergata, Voivotus).
Picking into Leprosy, The Sound of Perseverance, Symbolic and Individual Thought Patterns albums, the russians offer us a perfect instrumental interpretation of those classical songs, as interesting than thrilling. Whether the rhythmic is sublimated, visceral harmonics that make Death’s taste are strengthened, offering an additional deepness to the art of late Chuck Schuldiner. Symphonic instruments add this airy and mystical dimension to a heavy and technical basis played by the four metalheads, who never hesitate to prove us their abilities. Between a dantesque Crystal Mountain, an as violent than epic Spirit Crusher and a magnified Pull the Plug, the audience enjoy the band’s enterprise, and they tell them with those repeated applauses.

Unusual but magic, DeathOrchestra offers us an album that pays a beautiful tribute to Death. Symphony of Death requested months of hard work from Buicide and the Olympic Symphony Orchestra, but this collaboration gave birth to an incredible work.