Death Metal lovers, Incantation are back! 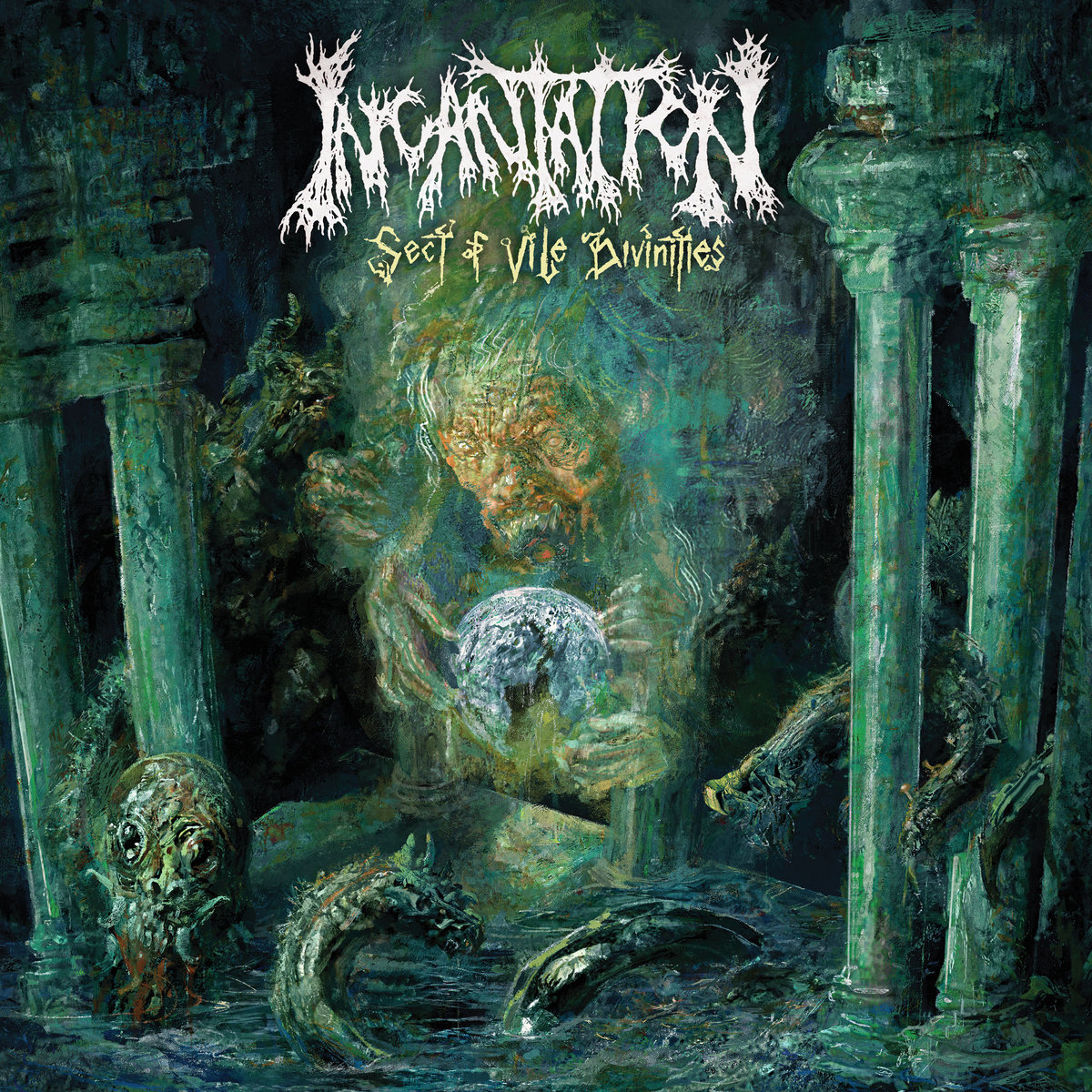 Without surprise, the band smashes us with a warlike and greasy Death Metal that picks into Old School influences. The catchy rhythmic integrates mystical and violent elements since Ritual Impurity (Seven of the Sky Is One), the first song. Riffs are fast, quite heavy and ;eads are piercing, while Propitation accentuates Doom/Death oppression thanks to weighing riffs. Very catchy, the song finally accelerates a bit before ending as it started. New acceleration with Entrails of the Hag Queen, a massive song that plays on rhythm changes to keep us out of breath. Bloody-tasting riffs chain to each other, then the band allows us a break with Guardians from the Primeval. But after the introduction, the rhythmic smashes us again, just like on Black Fathom’s Fire. Old School influences add a dark part to the band’s music, and the final part confirms this blackness with airy and mystical riffs. Ignis Faatus is next, and the song crushes us little by little under greasy riffs, worrying hits and piercing harmonics.
Fastness comes back with Chant of Formless Dread, a song with incisive leads that contrasts with howlings heaviness. If the rhythmic tends to slow down, backing vocals’ horrific effect strengthens the ambiance the band created, as well as for Shadow-Blade Masters of Tempest and Maelstrom and its black riffs. We find this weighing touch, as well as spiking and mesmerizing leads, just like on Scribes of the Stygian, an oppressive and mystical song. Riffs are unholy and heady, and even if we fully enjoy it, it is not impossible to feel observed. The rhythmic is also very intense on Unborn Ambrosia, and the introduction finally leads us to an irresistibly catchy explosion of violence. The acceleration is surprising, but perfectly fits to this Death Metal hurricane before coming back to a false quietness. Fury’s Manifesto wonderfully holds its name, because rage immediately seizes the musicians to offer us two minutes during which we can only have the will to break our neck before Siege Hive. This last song allow the band to offer us a last part of this madness that lives into their riffs, and it’s after a powerful final part that the sound ends.

Whether Incantation has nothing left to prove, Sect of Vile Divinities shows us that the band’s reputation isn’t fake. Thanks to their greasy and dark riffs, the musicians offer us twelve unholy compositions that stay true to this Old School spirit.