2014 was a really great year for greek musicians, and Sorrows Path is one of them.

Created in 1993 by Kostas Salomidis (guitar) and Takis Drakopoulos (bass), the band play a mix between Power and Doom Metal. They released 2 demo (94 and 96) before have a break until 2005, because of some troubles.
At the end of the year 2005, the band decided to plunge us thanks to their powerful Doom into their dark and gloomy universe. After The Rough Path of Nihilism in 2010, Doom Philosophy comes back to the Doom Metal roots. 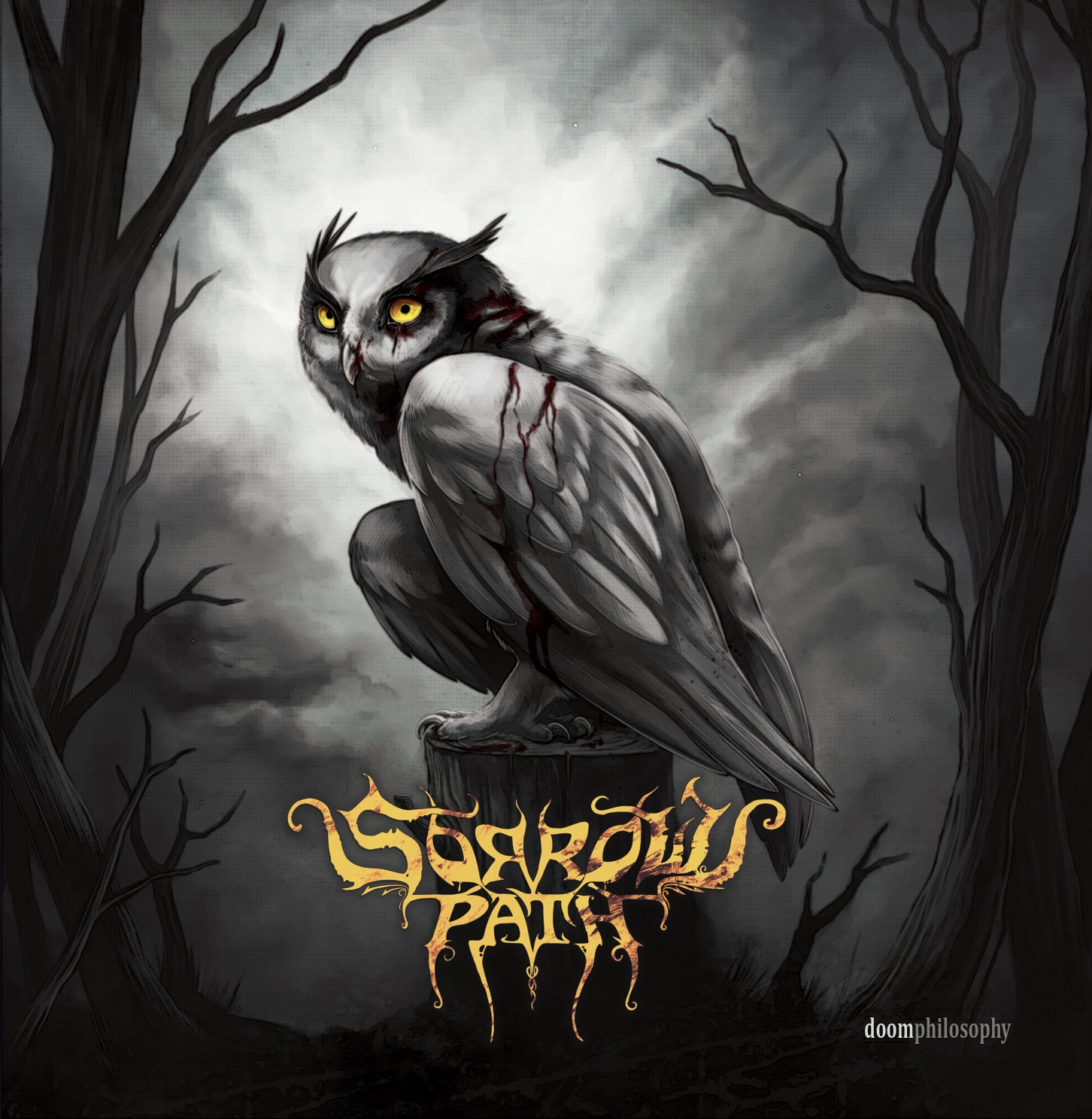 Riffs from a grave, melodic but sometimes disturbing voice, a title featuring Snowy Shaw on Everthing Can Change, epic solos : that’s the recipe of Sorrows Path to explode our mind. And it works fine.
For our greatest pleasure, we can feel Candlemass‘ inspiration. After an introduction track worthy of the Antiquity’s stage plays, Brother of Life is an ode to true friendship, whereas Eposasis, Clouds Inside Me and Tragedy are about internal struggle of human.
Damned (o)fish/L.S.D. is an instrumental track with an awesome bass solo, which is rare because extremely good.
The Venus and The Moon is for me the best track. Powerful and masterly riffs and a voice joined by chorus to strengh it.
If you ever liked a Doom Metal album, I dare you to not like this one ! Doom rules eternally.