2009 is the year that NAILS was created by Todd Jones (guitar and voice), John Gianelli (bass) and Taylor Young (drums). The Oxnard, California band is mixing Grindcore and Powerviolence with ease. Powerviolence is one of the less-known metal style, quite popular in the 90s, that blends Thrash, Hardcore and Grindcore.

Titles are shorts but intensives (the full-length composed of 10 songs lasts 17 minutes only), and no rest is allowed. In 2013 the band release Abandon All Life, pure violence compressed. Forged in hatred, it is well recieved by the critics, and his successor will come next month. 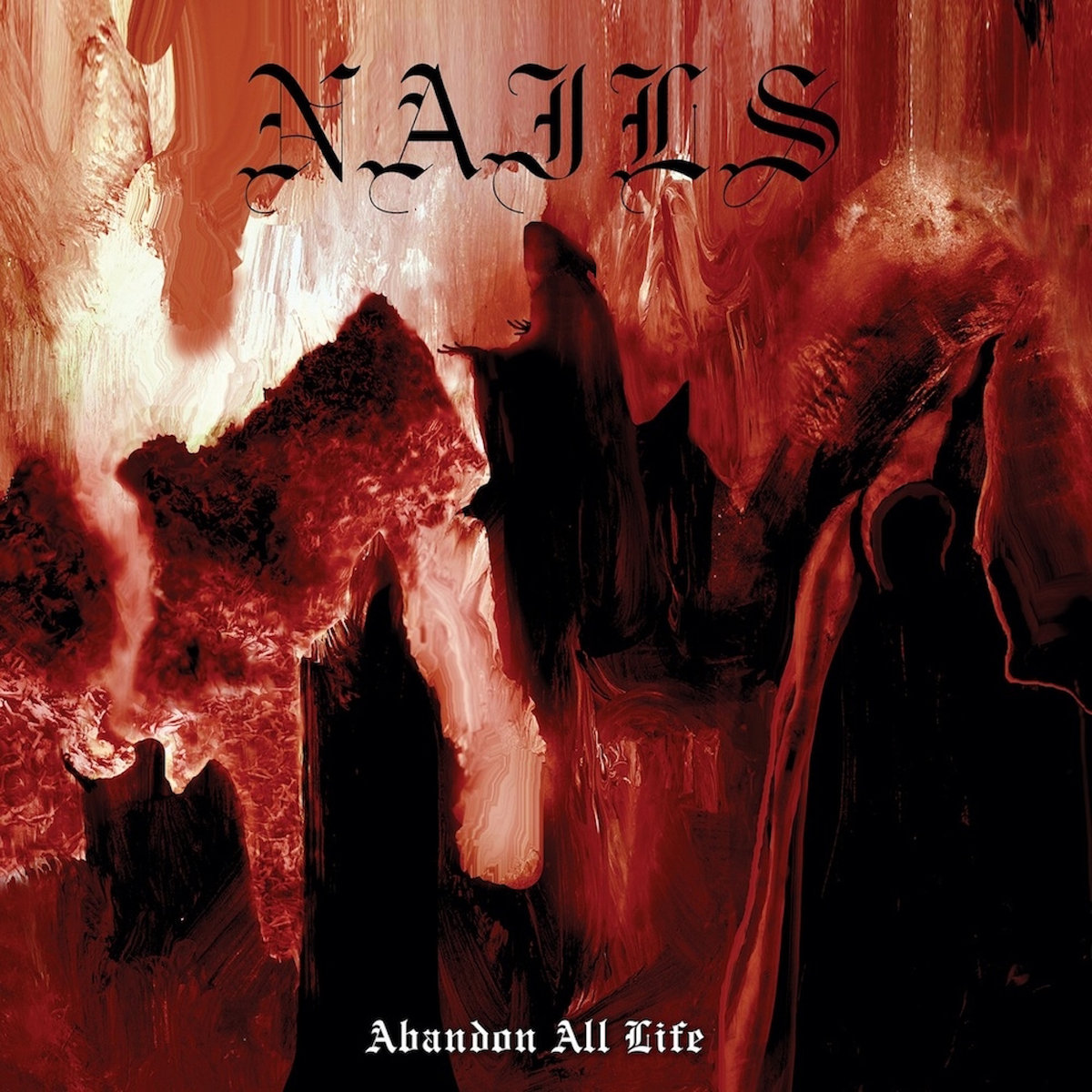 In Exodus starts with a slide, then a power discharge. Shrilling screams, tormented rythms… This song reflects very well the whole band’s sound. Tyrant will follow the same path, but is shorter, while Absolute Control isn’t this jerky.
God’s Cold Hands can afford a little introduction, right before switching on the main part where blast beat reigns. A slower but heavier passage will come on the middle of the song. Wide Open Wounds uses the weighing and tormented atmosphere that the band creates, to unveil its hugeness.
Abandon All Life is the come back to raw violence with a… strange ending. But quite nice too. No rest, No Surrender. The sound changes a bit but quickly comes back to the sick rythm, as well as on Pariah, which perfectly chains with Cry Wolf, another violent pearl.
Suum Cuique is played on the slow and heavy chord, and offers us some harmonics and even a solo. A sampler for the end, and the album is over.
Abandon All Life will not forever remains in our memories for the most of us, but such a power is really rare, even with grindcore bands. Everyone should hear them at least once, and see them on stage (and I can’t wait to meet them).