Peter Tägtgren once again ? Sure. But it’s the other side of the genius that we will look at. Created in 1996 as a « hobby » without Death Metal elements, Pain is Peter‘s second project. No torturated Death Metal rythm parts, Pain lives for Industrial Metal. Only composer, vocalist and lyricist, Peter Tägtgren gathers some session musicians for the shows. Since 2007, some session musicians also record their own instruments in studio.

In my opinion, their best succes (even if all Pain records were, except the first one, ranked in Swedish charts) is Dancing With The Dead, released in 2005. Why ? Because it is really personal one, heavy as hell, and really catchy. Still in a dark universe, Pain know perfectly how to makes us travel by the music. Keyboards fans and headbangers, it’s for you ! 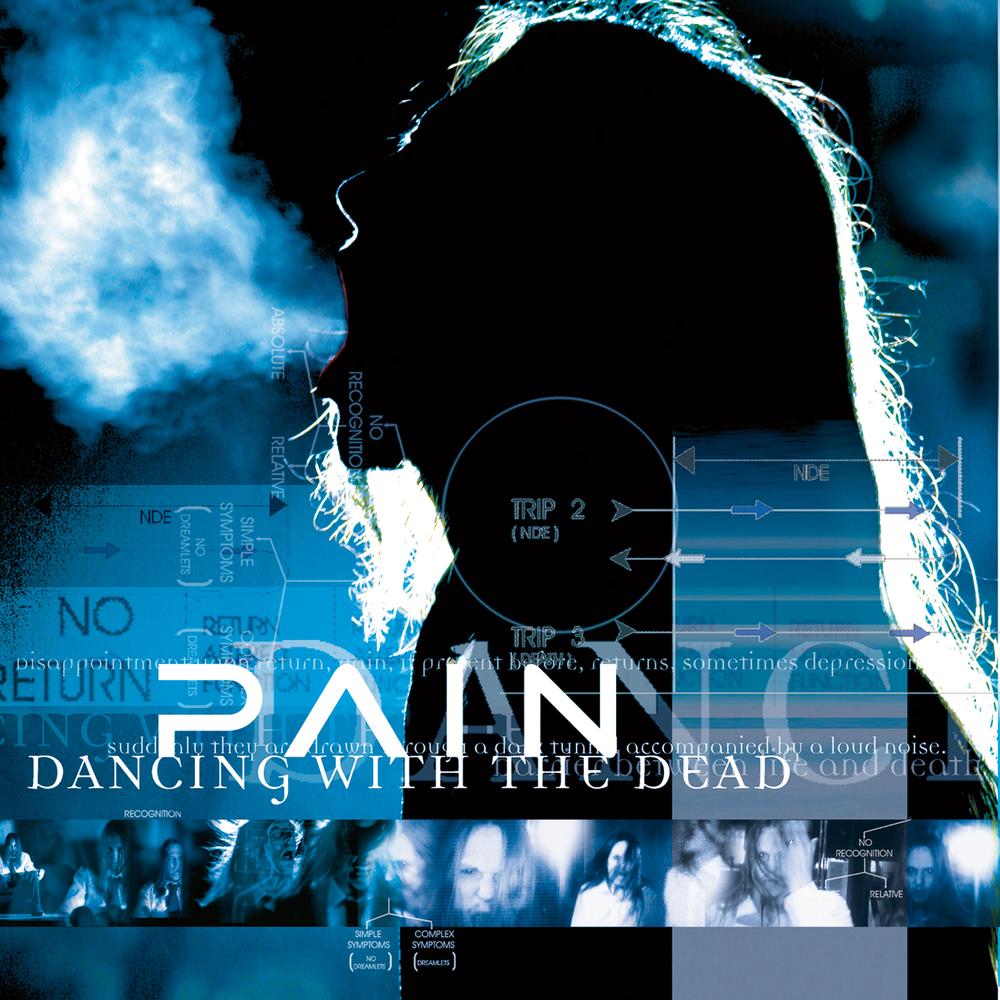 The record starts simply with Don’t Count Me On. After a long keyboard introduction, welcome to heavy riffs. Very few saturation in Peter’s voice (despite somme effects), he proves us that he can also master a beautiful clean voice. Same Old Song is an epic track thanks to keyboards and drums, there is a improvement until Peter starts to sing. If you have some motivation troubles, just listen to it right after waking up.
Nothing is a bit more brute, but with short introduction. A powerful and raw riff, then the song calms down. The guitars come back on a catchy chorus while Peter talks about the fear of being nothing to the world. The Tables Have Turned‘s introduction is surprising, but fits to the band’s universe. The voice is a bit watered down, riffs are still powerful, it’s the Pain‘s classical receipe, but still effective.
Not Afraid To Die is another moment of sweet rest, which is patterned on the same mold than the last song. The record goes back with Dancing With The Dead. Eponymous track, it was written by Peter Tägtgren right after his heart stops beating during several seconds during the recording of the firsts tracks of this record. A powerful rythm part, heartbreaking lyrics, it’s the best track of this full-length.
Tear It Up has another surprising introduction, but offers one of the record’s heaviest riffs, as well as Bye/Die. Including some choruses, this is one of the catchiest song. A video clip was record for this little masterpiece. My Misery continues on a slower tempo, but with awesomely heavy riffs once again. Verses allows us to augur a powerful chorus, if you know the band’s sound.
A Good Day To Die blends powerful riffs with a quick phrasing. Obviously another motivating track for the gym. Stay Away highlights the bass, which will be highly present on the whole song, whereas The Third Wave, the last song, resumes each element from Pain‘s universe. Catchy rythm part, wonderful clean voice, which is sublimated by a space-sounding keyboard.
Even if I prefer Hypocrisy than Pain, it’s clear that Peter Tägtgren dominates both styles. His last project, Lindemann, is like a marriage between Pain and Rammstein, because the singer is Till Lindemann. A new Pain record is under preparation, with the name of Coming Home. This beautiful artwork is a harbinger of a comeback to the Industrial Metal heavy roots.