It’s impossible to “know” Melodic Death Metal and not Dark Tranquillity. No, really : created in 1989 in Göteborg under the name of Sceptic Broiler, they changed their name for Dark Tranquillity in 1991 after two demo, released an album and literally switch their singer with In Flames, another Melodic Death Metal pioneer. Mikael Stanne (who was previously Dark Tranquillity’s guitar player and In Flames’ vocalist at the moment) takes the microphone instead of Anders Fridén. Today, with eleven studio albums, the band’s fame isn’t to prove, but we will come back on 2007’s record, Fiction.

The band was composed of Mikael Stanne on vocals, Martin Henriksson and Niklas Sundin on guitars, Michael Nicklasson on bass (nowadays replaced by Anders Iwers), Martin Brändström behind keyboards and Anders Jivarp on the drumkit. It’s totally impossible to not fall in love with such heady melodies from the swedish band ! 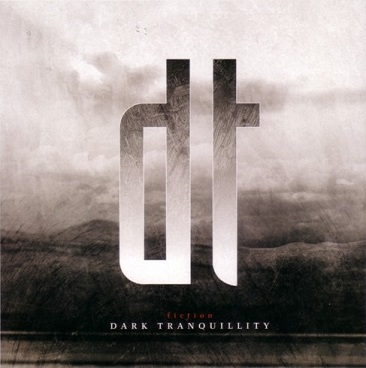 Starting with only bass and drums, Nothing To No One will be quickly joined by guitars. A beautiful mix between blast beats on jerky rythm parts and fast melodies, this track is the perfect beginning. The Lesser Faith knows how to kindle desire, but proves us that it’s sometimes worth the wait : keyboards have their moment of glory and we discover Mikael Stanne’s awesome voice which is perfectly accurate.

Terminus (Where Death Is Most Alive) lets once again keyboards talk before covering them up with bloody tasting riffs, the leads us to Blind At Heart’s violent introduction. A shrilling sound, that finally reveals a raw song, but with a huge melodic basis.

Icipher will have the easy task to remind us why Dark Tranquillity are part of Swedish Melodic Death masters : riffs go on and perfectly fits one to each other. The Particle Storm is slower to begin, with an acoustic introduction before coming back to saturate sound just as we love, while Empty Me won’t even try since the introduction barely lasts ten seconds before a blast beat storm.

If you’re still immune to the previous choruses, just wait for Misery’s Crown. Mikael Stanne’s clean voice on verses is a bit disturbing at first, but perfectly fits to the song’s ambient. Focus Shift sounds like the only follow-up possible, with another bunch of melodic riffs before the final song : The Mundane And The Magic. After a long acoustic introduction, Mikael Stanne’s stony voice is supported on choruses by Nell Sigland’s one (The Crest, ex-Theater Of Tragedy) for quite a “wise” song.

Not convinced by the band ? Okay, you just don’t like Melodic Death Metal. Even if the last record (Atoma, released in november 2016) is excellent, Fiction’s last three songs are magic in my opinion and will stay in my mind forever.