Italy is definitively full of treasures… Black Therapy, created in 2009, is an awesome Melodic Death Metal band. If Luca Soldati (drums), Lorenzo « Kallo » Carlini, Daniele Rizzo (guitars) and Giuseppe Massimiliano Di Giorgio (vocals, also live singer for Beyond The Dark and ex-Eyeconoclast) are in the band from the beginning, their bass player Alessandro Finocchiaro plays with them since only 2014.

Melting an actual lead guitar with a rhythm part that reminds us with emotion the Old School Melodic Death Metal sound, the band released last year their second record, In The Embrace Of Sorrow, I Smile. Some Thrash roots are also part of some compositions. Epic sound lovers, to your headphones ! 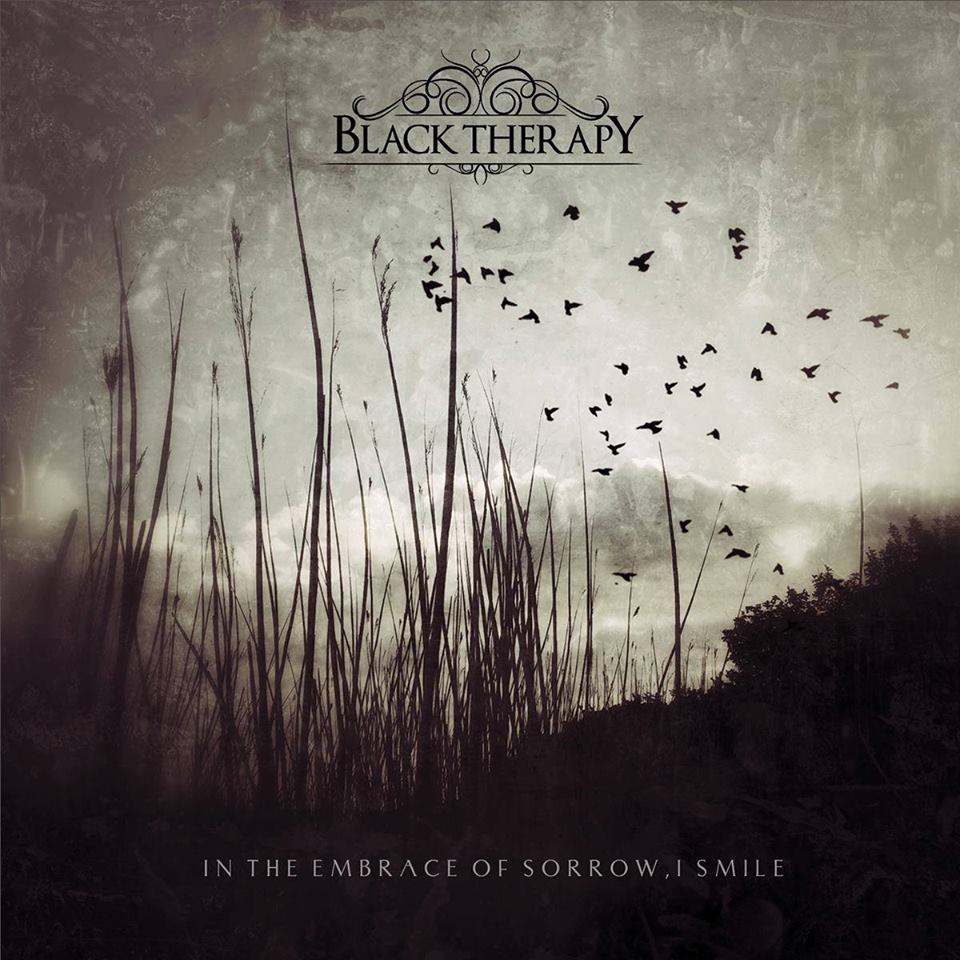 After the soft introduction incarnated by Tears Of Innocence, welcome to the storm personalised by In The Embrace Of Sorrow, I Smile. A sharp scream that express inner struggles, a violent rhythm part and choirs that offer an epic sound to the song. An awesome first track that will be followed by The Foolishness Of Existence which is a proof that if Thrash roots are not this far, keyboards allows the band to stay on a Melodic Death Metal basis on the extreme side.

Let’s continue with Stabbed, a more quiet composition, but nonetheless as gripping as the previouses, once again thanks to Giuseppe and choirs’ voices overlay on a worked rhythm part, while She, The Weapon has just a few seconds to introduce the fury that follows. If the rhythm section seems to be easy to play, but perfectly fits to the lead guitar that induces us to headbanging.

Paintings Of A Black Ocean is a bit of rest that our neck waited so much, with some ambient keyboard and guitar on a mumbling voice that ends on the birth of Voices In My Head. A new powerful wave that overwhelms us by the rage of the rhythm and the mesmerizing lead guitar’s power. You’re looking for pure violence ? So you should listen to Theogony. The track starts with a nearly atmospheric introduction and continues on the most achieved instrumental track with Giuseppe‘s voice on it. A real jewel.

The Final Outcome seems to wish to annihilate every meaning of the word « heavy ». If their instruments are of course downtuned, it’s on their mix of bass, drums and rhythm guitar that the musicians will focus, while Infected, the last track, starts. Once again, it’s useful to lay down with some headphones to really feel the whole atmospheric power of this awesome song.

If the purists will note a mix between Insomnium and Kalmah when the Italian album is on, it’s obvious that the voice is more on the Thrash or Black Metal side. This unusual addition allows to the band to stand out among roots from the nineties in Scandinavia, and it’s with pleasure that I will discover the band on stage when they will come near from town. I hope that it will be soon !

One thought on “Review 058 : Black Therapy – In The Embrace Of Sorrow, I Smile – English”