In 2000, Juha Raivio (guitar) and Pasi Pasanen (drum) created the Finnish band Swallow The Sun. Blending Melodic Death Metal and Doom Death Metal, some songs also sound like Gothic Metal. Their first demo record was only released in 2003 and their first album came soon after this. Swallow The Sun recorded and released a triple album, in the last months of 2015, in which we can find three different styles since Doom Death is spread  through the first CD, the second one is an acoustic version and the last one is more in a Funeral Doom style. Even if all the reviews are of one mind, I discovered the band earlier with their album New Moon, released in 2009.

Pasi Pasanen left the band in 2009 and the current line-up is composed of Juha Ravio (guitar), Markus Jämsen (guitar), Matti Honkonen (bass), Mikko Kotamäki (vocal) and Juuso Raatikainen (drum since 2014). The keyboardist, Aleksi Munter, left the band in 2016 (ex-Empyrean Bane, ex-Trollheim’s Grott, ex-Insomnium for live shows, ex-Funeris Nocturnum and ex-Random), but he played a major role in the band’s style thanks to his capacity to create unique musical ambiances. Aleah Liane Stanbridge, Juha Ravio’s wife (deceased in 2016 because of cancer) is also a part of the album on which she sings beautifully. Are also named: Dan Swanö (guitar, from Nightingale, Odyssey, Witherscape, ex-Bloodbath…), Steve Rothery (guitar, from Marilion) and Anna Ilveskoski (chorus vocal, singer from Evilion). And now, close your eyes and let’s our journey begins. 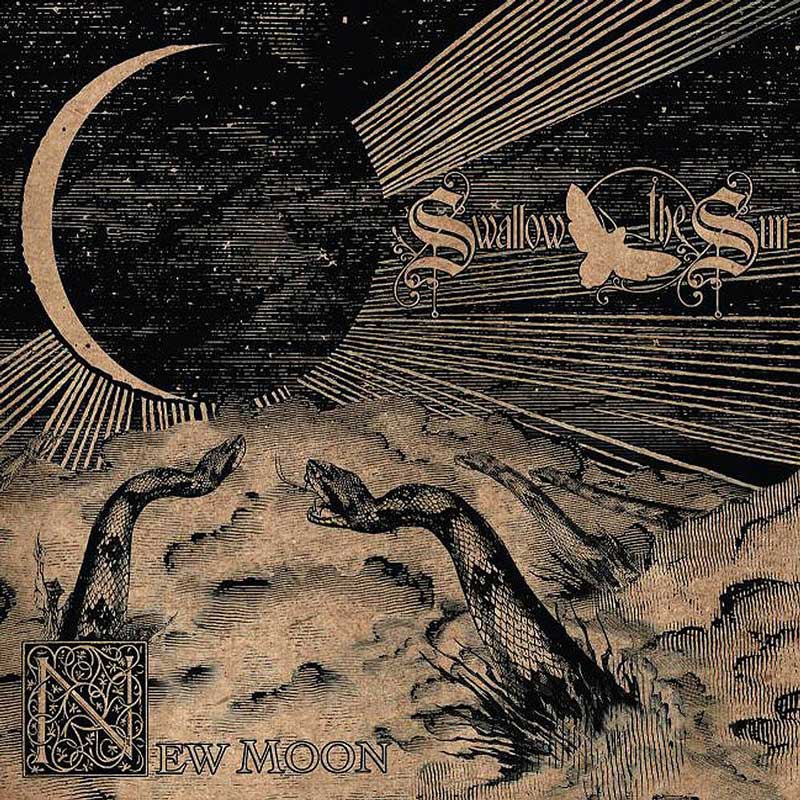 If our Finnish guys are known to be powerful, you will understand it with These Woods Breath Evil. Clever mix of heavy rhythmic and melodic lead guitar, Mikko Raatikainen’s bloodcurdling screamings will make your heart freezes as a cold winter wind through the branches of a dead tree. The main riff from Falling World also allows to feel the weight of ruin, announced by the lyrics, with an almost lethargic slowness.

Just give some time to Sleepless Swans to really begin and this hypnotic song will make you swing your head back-and-forth. It honored the singer’s clear voice and the creative talent of Juha Ravio, as much as the following song, And Heavens Cried Blood. Heady and pervasive, the riffs totally stick to the cold style of the band. Lights On The Lake (Horror part. III) is a part of some musical compositions, started on the first album and which perfectly work together as one unique song. These are also the most atmospheric songs from the band.

It is time for violence now with the eponym title, New Moon! Once again, do not try to ask me to stay neutral about this song: it is just my favorite one among all their albums. The voice is perfect, no matter if it is clear or screamed, the riff is crazy and the rhythm helps your mind to run free. Servant Of Sorrow is the best one for the keyboard since Aleksi Munter gives all this power to this song, as much as for the last one, Weight Of The Dead. Its introduction sounds like a descent into the Hell. Epic sonorities are more than ever present, with an amazing drum acceleration.

You could not imagine how I am mad at me for missing their show in Paris in 2015 and how impatient I am for their next tour. Almost as scary than sublime, their music can create a mind travel for a whole pit. A very impressive band, underestimated to my mind.