If we should include just few bands into Death Metal Legend, Bolt Thrower is obviously one of them. Created in United Kingdom in 1986, the band suffered of some line-up troubles, but they settled down in 2004 with Karl Willetts on vocals, Gavin Ward and Barry Thompson on guitars, Jo Bench on bass (she is considered as the first woman to be in an Extreme Metal band) and Martin Kearns on drums. The band gave us eight pure Death Metal records before their disband in 2015 with Martin Kearns’ death in 2015.

During thirty years, the band delivers us songs based on the Warhammer 40’000 universe and war itself. Brotherhood and honor are the main values. The last album released, Those Once Loyal, is the one that made me discover the band, but also the most interesting one because there was never a successor. Why ? The band didn’t consider their “new” material as worthy to be released. Those Once Loyal is in their opinion their best one. Mind-blowing riffs and amazing manufacturing is the best resume of Bolt Thrower’s work, but I let you judge by yourself. Wait for my order, fire ! 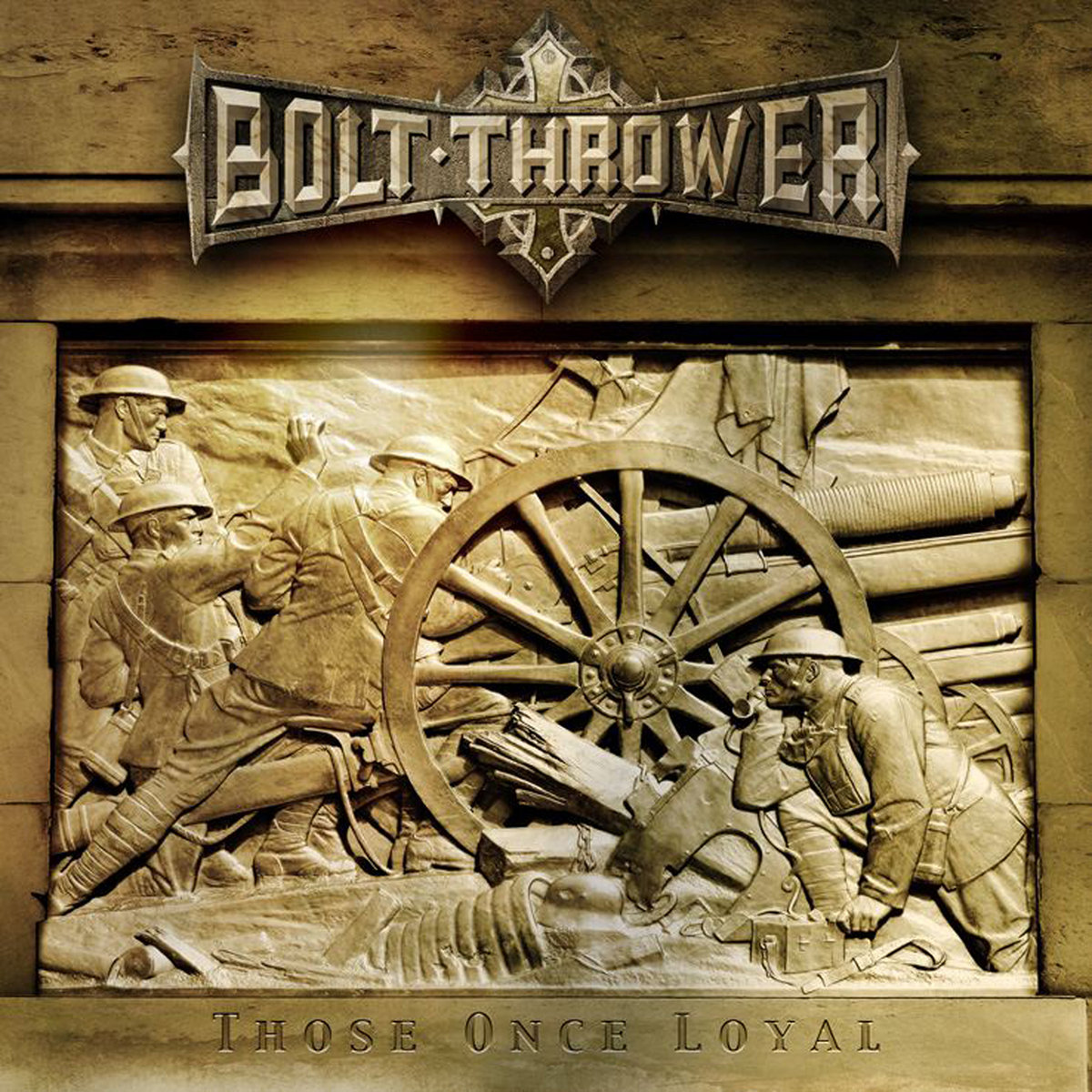 Trenchs are quickly invaded by At First Light’s beginning, right after a worrying sampler. Riffs aren’t even old in more than ten years, and the band made some raw Old School Death Metal. The alarm signal rings the beginning of Entrenched, that provokes the same effect. Every instrument has its place in the mix without interfering with another one, but Karl Willetts’ voice is the one of a leader.
A classic song now, The Killchain and its anti-air cannon’s drum sound. Once again, it’s a real warlike song that motivates to headbanging because of the catchy rhythm. Granite Wall was made to remind us that the band can also play some Technical Death Metal parts, while Those Once Loyal’s sound is more suitable for a slow and greasy ambiance, near from Doom Death.

The most notable track, with a huge bass sound, Anti-Tank (Dead Armour) can be a bit confusing by its repetitiveness, but it is in my opinion the best one. If you prefer a dynamic song, just focus on The Last Stand Of Humanity. A Thrash-like intro, but that quickly comes back to Death Metal on next riffs, before fading away to let place to Salvo, another calm song, but in my opinion it is an underestimate song for more than one of us.

When Cannons Fade makes clear that the end is near but also that musicians still have creativity to employ, creating once again technical riffs with epic lead guitar parts. A Symbol Of Eight, this record’s bonus track, seems to focus a bit more on harmonics than the previous songs, but is still really good.
Spiteful tongues will stay on their positions to say that Bolt Thrower “still repeats itself and offers an aging music”. For me it’s wrong. Bolt Thrower is one of the few bands to keep Old School Death Metal spirit alive, taking some influences here and there, but without moving away from their rich basis. I wasn’t lucky enough to see those titans on stage, but it’s with hapiness that I often listen parts of their discography.