In your opinion, Asian Metal only refers to Visual Kei ? It means some things : firstly, you didn’t follow Acta Infernalis since a while, and secondly, you miss an awesome world. Eluveitie and Ensiferum are considered as the best Death/Folk bands, but Ego Fall is the chinese one ! Created in 2000 in Inner Mongolia, they only release their first record in 2008. Two albums will follow in 2010 and 2013, an EP and a split with Tengger Cavalery and Nine Treasures as well, two other raising Mongolian bands. We will focus now on Inner M, the second album.

Even if they had some troubles with the line-up (due to some instrument changes, and unknown musicians from this area), it stabilised with Chao Luomeng (traditional instruments, mongolian throat singing and bass), Sun Bori (guitar), Yu Chao (main voice) et A Heicha (keyboard and samples). Since 2014, drummer Zhan Wenbo and guitarist Li Zhaoliang play with them too. Ready for an exotic history lesson ? Just ride on with us through Mongolian Steppes ! 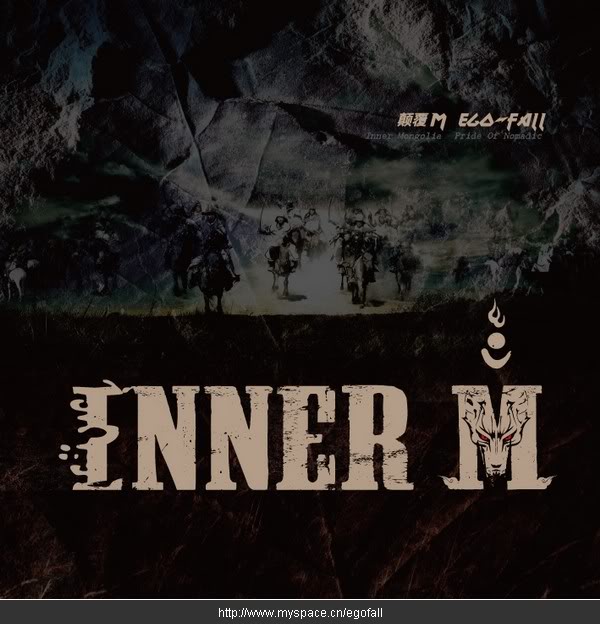 First extract of the record, Legend is a good way to make our first contact  with Ego Fall’s culture. A gong, some chimes, a traditional mongolian throat singing, everything is in order to allow us to travel with bloody riffs. Yu Chao’s “classical” voice comes quickly to confirm that we’re listening a Metal band. The Horns Starts will begin with only bass and drums to introduce folkloric elements. If you prefer a fast ride, Be Fearless will be your best friend ! Modern samples will contrast will other elements, but perfectly fits to the song.

Under The Cliff is the best exotic song. During the first thirty seconds, there will be only folkloric elements, then comes whispers and Metal riffs. The voice alternating is exhilarating. Return Home calls back modern elements and folk elements as well during the whole song to be the most intriguing song, while The Proud Of Herdsman is a pure Melodic Death Metal lesson. Another contrast with the whole record, but perfectly mastered by the band.

Forever – Moment is the surprising fully acoustic composition. Even if there’s some keyboards, a peaceful clean voice on a simple guitar riff let us wait for Eternal Fire. Once again, a sampler sound begins the song with traditional throat singing, but it quickly comes back to the band’s aggressive Death Metal. Yu Chao’s clean voice fans can get excited, the song is full of it. The last composition, Borderless, is an instrumental song that allows us once again to travel with the band. A must hear folkloric ballad.

The holidays spirit is gone, isn’t it ? It’s also the sensation that I feel after writing this. Their recent and first tour in Europe (alongside with Therion) made them more international exposition, the band mostly plays in China. Let’s just hope that crowds from all around the world could soon pulse again with the Middle Kingdom’s powerful sound !