Musicians, who also created Sunset in the 12th House (psychedelic post-rock) gathered Flavius Misar?? (bass and chorus) and Ovidiu Mih?i?? (drums) to create their music. Ovidiu will be replaced by Sergio Ponti, then in 2016 by Putrid (Ordinul Negru, Sincarnate, Spiritual Ravishment, Sunset in the 12th House and Nocturn).
The band released their first EP in 2010 then Dar De Duh, the very first album, follows in 2012. Their sound is very very different that numerous things you heard since now. The band states to “plays music of spirits” on stage and it’s a real spiritual journey that awaits us. 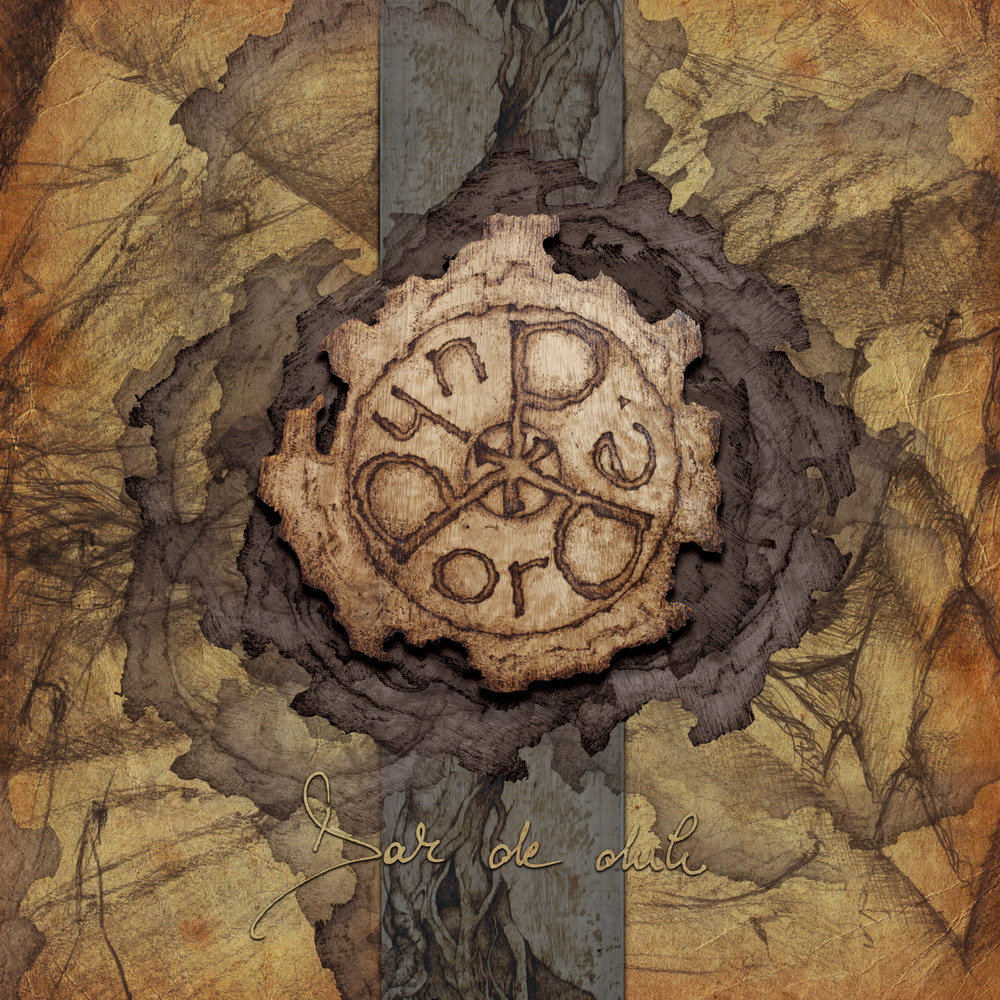 Jind De Tronui, the first song that lasts sixteen minutes, melts absolutely all that the band knows to do. Folk elements thanks to elder instruments (that they bring on stage) to guttural choirs and mystic stuff are meeting on this introduction, until guitars came. Black Metal sound steps in, with suitable screams, but the composition is also marked by by some Progressive Metal elements. Atmospheric side lasts by the way. Once this ritual ends, the bands chains with Flacarii. This second track makes us change our view and break the rules because it melts ancient sounds, raw Black Metal and modern tones.
Let’s go back on classic sound with E-an-na, that starts with whispers, that will be joined by an atmospheric guitar sound. Percussions and bass sound quickly joins on this original song but that won’t include saturated riffs. It’s not Calea Rotilor De Foc’s case, that focuses on heavy aspect that the romanian Black metal can offer. Once again it’s the atmospheric side that dominates this long catchy track. Another atmosphere with Pandarul and its dissonant harmonics that change into power chords. Another rule-breaking composition that can cross etablished borders of an iconic style.
The band pegs out with Zuh, that allows itself time to introduce the song with a technic rhythm part and an an oppressive folkloric sound. Screams won’t appear with further delay on this thirteen minutes track, as well as on Cumpat, that focuses on choirs to infect auditor’s mind. It’ time to leave with Donja. This track, for whom a video clips that shows numerous landscapes and every musicians, only involves clean sound and folkloric instruments. It’s also perfect to enjoy their diversity, and sound’s deepness that they offer.

Dordeduh is a band whose perfect style mix is pushed to an extreme. If Black Metal melts this good with folk music, the band is one of the few to use as far as possible in their songs. Their live shows are intense and Cernunnos 2017’s one, which is the one that I discovered them was truly appreciated by french audience. Hellfest also recieved them in 2014, and some warm up shows were also part of our audiences. Gentlemans, we’re waiting for new songs !