Let’s come back to my style of predilection, Swedish Melodic Death Metal ! You should probably know Soilwork (formerly known as Inferior Breed from 1995 to 1996), created by Björn “Speed” Strid, who is the only former member from the original line-up.

Nowadays, he plays alongside with Sven Karlsson (ex-Evergrey) on keyboards since 2001, Sylvain Coudret on guitar since 2008 (also in Scarve) and his buddy David Andersson on the other guitar since 2012 (Mean Streak, The Night Flight Orchestra) and recently Markus Wibom on bass since 2015 and Bastian Thusgaard behind the drumkit since last year after Dirk Verbeuren lefts to join Megadeth after 12 awesome years.

Björn was motivated all these years by his will to prolong “Gothenburg Death Metal”, and it’s this passion that made him write ten full-length and two EP. Let’s focus on the sixth record. Sworn To A Great Divide, released in 2007, is literally the crux of the band’s discography. By the year it was out, but also by the composition itself, the fourteen songs don’t even deny the band’s firsts violent sounds but make us dive into a melodic and heady rhythm parts. A cover drawn by Seth Siro Anton (Septicflesh) and a production by Devin Townsend (Devin Townsend, ex-Strapping Young Lad…) and Peter Wildoer (Darkane, James LaBrie…), is it enough for you ? I let you enjoy. 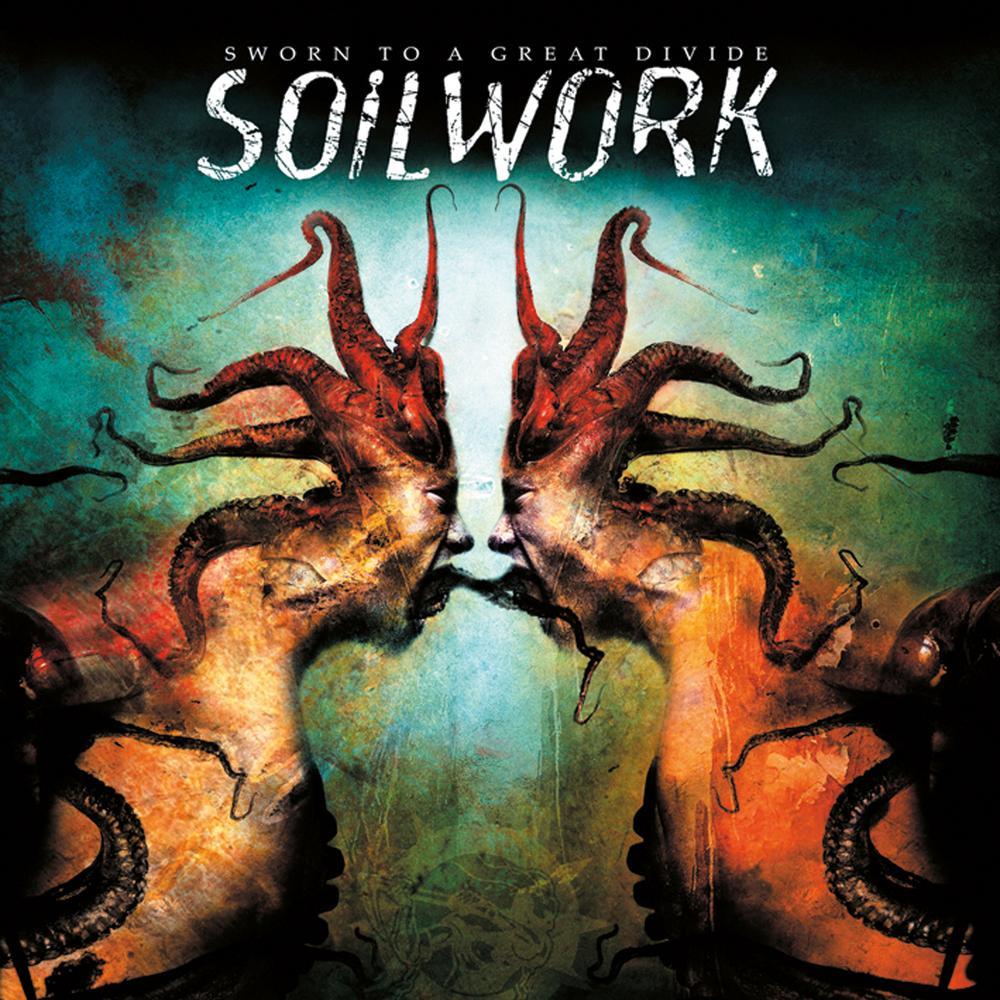 The record starts in finesse with the tortured and sick riff of the eponymous track, Sworn To A Great Divide. Blast beats are here to gather Björn Strid’s awesome voice on a huge rhythm part by his bandmates. A break is done right before the chorus to better start again. Let’s turn to Exile that comes slower for a melodic-focused track, while Breeding Thorns skilfully blends both aspects. The band definitely imposed their touch on a style made by numerous bands.
Your Beloved Scapegoat stays tied to your mind with highly atmospheric riffs, supported by a catchy keyboard, while The Pittsburgh Syndrome will redefine violent aspect from the very beginning. Blast beats, fast rhythmic and bestial screams. I, Vermin will be more subtle with power chords reinforced by the keyboard whereas Light Discovering Darkness will only focus on the melodic side, with an inherent violence. However, it’s quite likely that you will be knocked out by As The Sleeper Awakes’ warlike riff.
Silent Bullet comes back on a jerky riff while Sick Heart River will contrast with a heavy but also atmospheric rhythmic. It’s possible that you’ll enter in a kind of trance if you enjoy this track as much as I did. Now it’s my favorite track… On both lyrics and instrumental, 20 More Miles is Soilwork’s perfect song in my mind. Björn Strid alternates clean and harsh voice to surprise us all along the composition.
Is the record over ? No, there’s also bonus tracks ! Martyr and its introduction as mesmerizing as the chorus, the catchy Sovereigns and the heady Overclocked. The last song’s break is, in my own opinion, an inspiration for a whole Metalcore/Deathcore bands generation.

I had warned you, isn’t it ? Soilwork is a real beast, and this record fits for me to the moment they really found their own style. A defined sound in a style that tirelessly renews itself without losing their roots since nearly thirty years. The band often tours in Europe, and their shows have the reputation to be excellent, both visually and humanly. Just go in the crowd for one of their show this summer during festivals. I’ll be there !