Are you tired of poetry and delicacy ? So you really need to hear the last Dying Fetus’ record.

Why ? Because this band that reigns on american Brutal Death scene since 1991 released a new bunch of destructive compositions. Lead by John Gallagher (guitar/voice) since the beginning, the band is now a solid trio : Sean Beasley (bass/voice) joined the band in 2001 while the last member is no other than drummer Trey Williams. If Wrong One To Fuck With is just the eighth album, you could feel a cleansing violence from beginning to end. Why ? Just because the sound doesn’t change since the firsts full-length. You’re tired of reading and you just want to head the band’s sound, isn’t it ? I let you go… 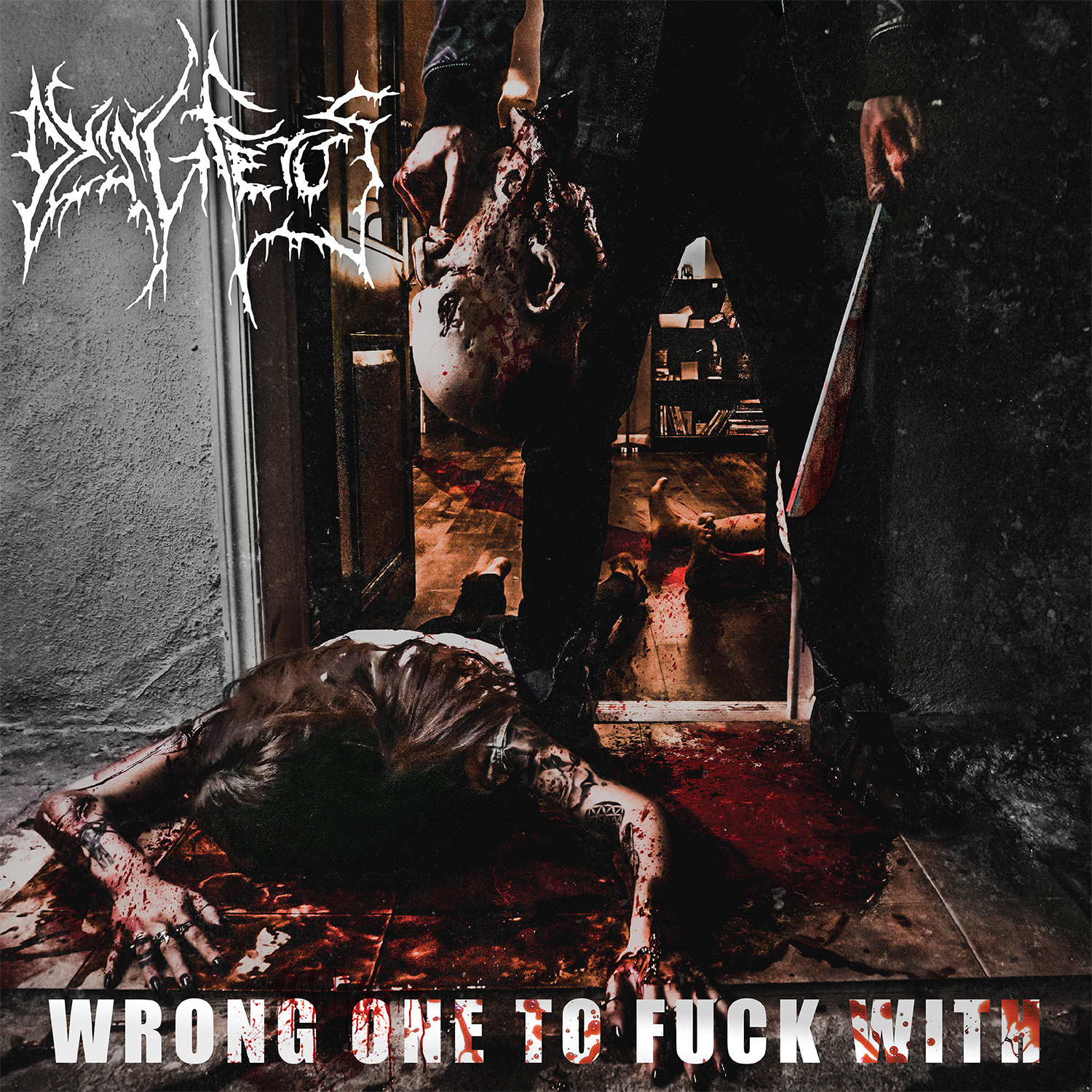 Fixated On Devastation is the best way to start a record. If you don’t like tapping, just wait some seconds for the heavy and violent riff, with the american voice duo. Panic Amongst The Herd will make place for quicker riffs than before and technicity will reach a peak, while Die With Integrity won’t hesitate to focus on heavy and massive triplets. Revealing In The Abyss is a track that will satisfy every Death Metal fan : a slow introduction, a huge main riff and an uncompromising voice.
If you miss harmonics, it’s probably with Seething With Disdain that you will love the record. There is a lot of harmonics in this track, but without forgetting ageless breakdowns while Ideological Subjugation just chains huge riffs. Weaken The Structure proves to many listeners that Brutal Death Metal doesn’t need to be fast to seduce, with a lead guitar that makes our mind travel.
Fallacy uses the same recipe than previously, with a rhythm part as technical than powerful, while Unmitigated Detestation comes back on Old School Death Metal that was made twenty years ago. This track’s riffs are far from being poor compared to the beginning’s technicity, but it’s on Wrong One To Fuck With, the eponymous track, that all the band’s potential will finally be revealed. It was necessary to wait the last track to release the whole power, but it will knock out everybody. Efficient riffs and a breathtaking voice, that’s all you waited for, isn’t it ? That’s perfect, because the band will serve it on a silver plate. In addition to skill.

Why negotiating with anyone while it’s possible to simply enter in a pit to express yourself ? It’s the question I’ll ask to myself on november the nineth after Dying Fetus’ show in Paris. I already saw their show at Hellfest 2015, and I’m impatientely attending to the next punches free distribution. Destruction has no parallel nowadays…