When we say Black Metal, Scandinavia and Sweden automatically come firsts on the top prolific countries of this art. United States are clearly underestimated on this subject, but The Noctambulant is here to change your opinion.

Created in 2013 by E.Helvete (guitare/voice, who also plays in Tengger Cavalry) and D.Franseth (drums/choirs), the band hires Lars G. (bass/choirs) and John Hoarfrost (guitar) to work on a Black Metal with melodic accents and powerful ambiences. They will release three EP to finally compose their full-length, Advocatus Diaboli, with the help of guitar player B.C., who replaced John Hoarfrost. American wave of Black Metal is coming, and it will make a clean sweep. 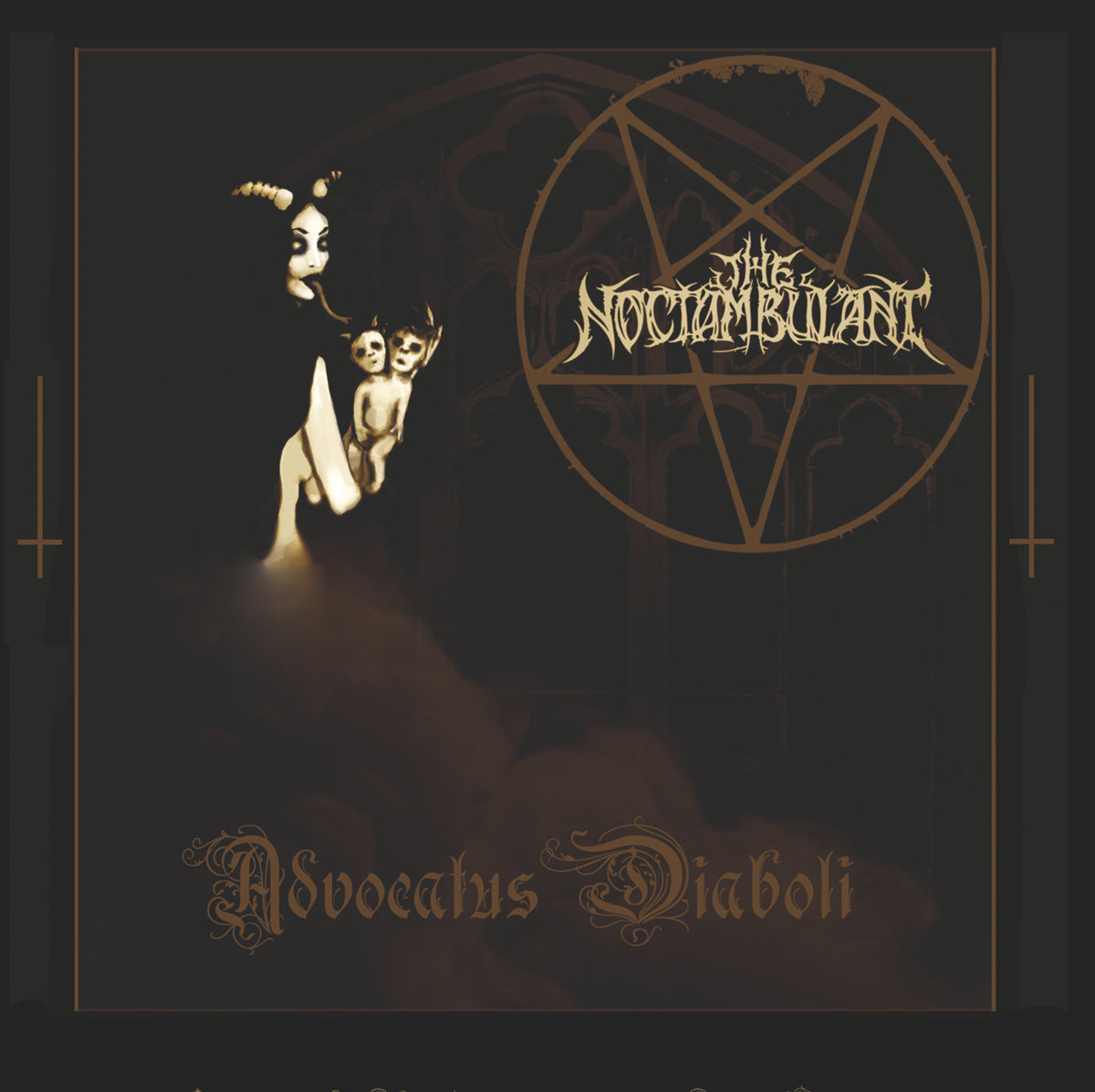 We won’t loose a single second and attack with Legion, a composition with an amazingly audible bass sound for Black Metal. While guitars come with every ambient parts, drums and bass are imposing rhythm part under E.Helvete’s screaming voice. Choirs make some moments near from esoteric, while bells on Dreams Of Rotten Silence add a formal aspect. The rest of the track is also focuses on a stern and massive sound. The sample of laughs on the beginning of Take What I Want allows to introduce the explosive and violent sound, with a perfect blast and as always choirs that gave more power to some key parts of the song.

Let’s come back on ambients on Creeping Dead, with a slower tempo and more harmonics, but despite a frightening voice this track is quite a relaxing one. The characteristic bass’ roar comes again with Death’s Lullaby and its mesmerizing rhythm part, that guitars perfectly sublimates, but the surprises will come from Evil Calling. While drums begins their introductory ballet, keyboards add themselves to the building, to slowly create this unhealthy sound. The more the song moves forward, the strongest the headbanging need is. It’s hard to resist to this impulse during this eight minutes long wonder.

With its violent video, Goddess is maybe not an unknown for you. Invocation starts with a worked and dark rhythm part that is quickly strengthened by a demonic voice, while Blood For Life is once again quieter. Still helped by choirs on the chorus, ritual succeeds to raw verses. Accept Or Burn starts with a melancholic keyboard, whose tone will be conserved for next riffs. But when tempo increases, we feel that energy is coming back to the guys. On the last track, Winter’s Hell Dominion, there is an acoustic sound that gives more conviction to the slow melancholy sheltered by the band’s music since the beginning.

Swedish Black Metal influences are really concrete, but the four musicians from The Noctambulant managed to forge a pure and recognizable sound. Violence melts with dark ambient for an explosive and penetrating cocktail. Their second record is on its way, and I really hope that a trip on the old continent will be on the list.