When we talk about iconic musicians, we mainly know them for their main band, and barely for their side-projects. It’s the situation for an underestimated band in my opinion : Divine Heresy.

Created by the american guitar player Dino Cazares (guitar/bass, Asesino, Fear Factory, ex-Brujeria) in 2005, he quickly hires Tim Yeung on drums (I Am Morbid ex-Morbid Angel, ex-Hate Eternal, ex-Vital Remains) and Tommy Vext on vocals (Vext, Bad Wolves, ex-Westfield Massacre, ex-Snot) to record their first album, Bleed The Fifth in 2007 (with special guests Tony Campos, Marc Rizzo, Lucas Banker, Logan Mader and Nicholas Barker). In 2008, Dino replaces Tommy by Travis Neal in order to release a second album, but after this one, the guitar player reunited with Fear Factory, and lets its side-project abandoned. Nowadays, the band is still on hold, but who knews. Let’s go ten years back… 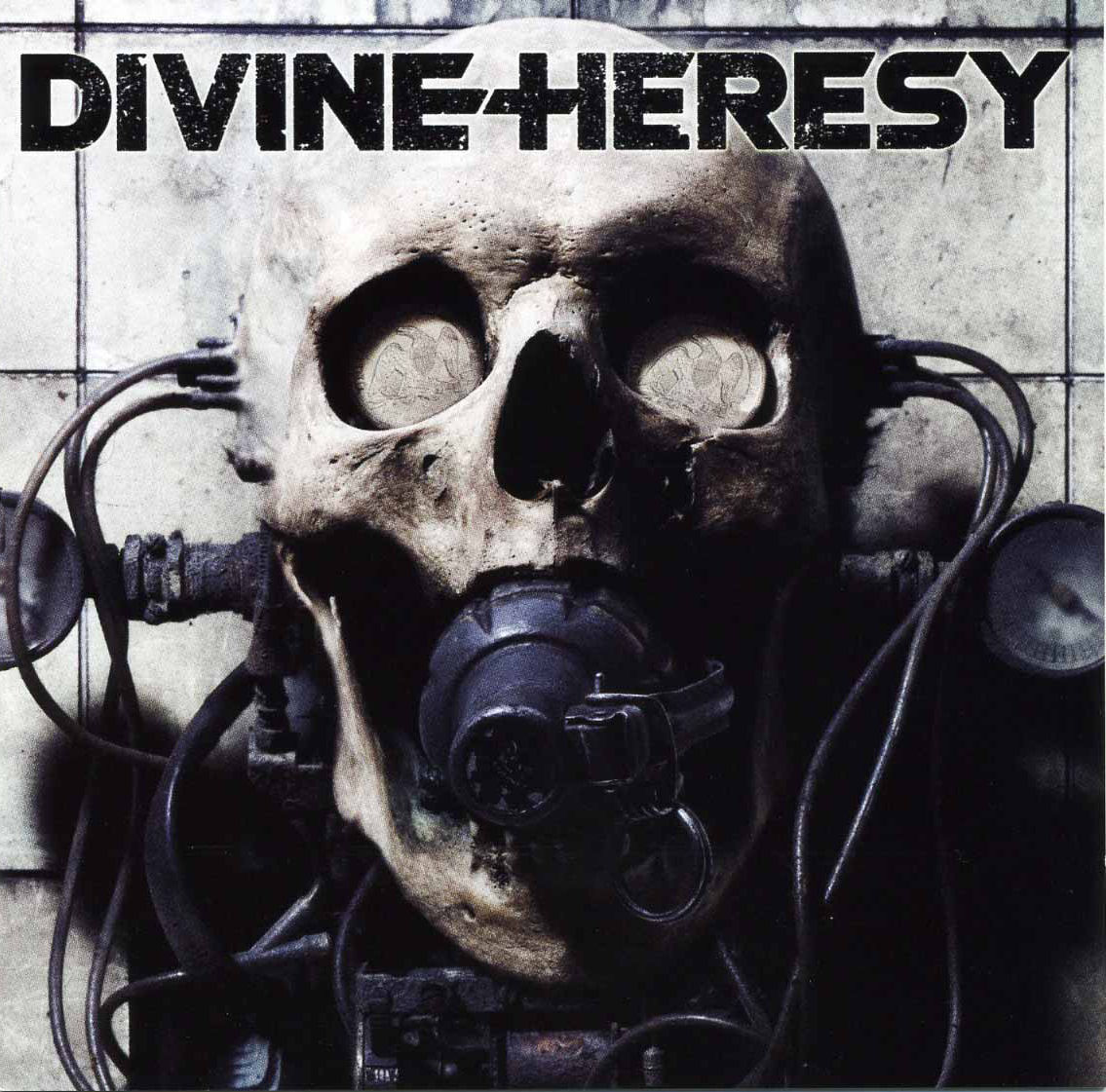 The americans begin with Bleed The Fifth, the eponymous track. A supersonic rhythm track, furious blasts and an ultra fast phrasing. This what was my first opinion of the band? On the break, chorus or during the solo, there is no rest allowed. Tommy’s screams support this track’s end, whose final riff flirts with Djent. On Failed Creation, in addition to a rhythm track which is worth of a gust from an automatic gun, clean voice creates a wonderful contrast. Technicity can be felt through their speed, but also with silences and harmonics that punctuates This Threat Is Real. The break that draws on symphonic sample and double voice is monstrously intense.
Pure free violence is back on Impossible Is Nothing, with some bloody harmonics in Dino’s super fast riffs, supported by double kick that perfectly follows any note. Once again, the clean voice chorus creates a contrast that strengthens the next part. It’s a real tornado that comes over the listener when Savior Self starts, and even if the chorus is barely only made of clean voice, we can feel a underlying ferocity that only asks to explode. Rise Of The Scorned also starts with a worrying clean sound to come back on raw power, with a chorus composed of cryptic sounds that immediately leaves again on blast beat. False Gospel’s massive riffs collides us, and the chorus’ atmospheric sample won’t soften anything.

Lumbering sound comeback on Soul Decoded (Now And Forever), that instantly gives us a headbanging will. This will is nothing but stronger when you hear Tommy’s screams, who does his best on this track. You need more orchestral stuff? Royal Blood Heresy is the perfect track for you. This introduction gets you into the best conditions possible to enjoy jerky riffs that will follow, supported by Tim’s surgical strikes. This track’s atmosphere changes after the spurt to return to normal with an impressive speed. The last song, Closure, is very different than the others. Using a clean sound then saturated riffs but way more quieter than usual, musicians achieve to create a melancholic composition, but that perfectly fits to the band’s style. Tommy’s clean voice works wonders, due to its accuracy and the emotion conveyed.

With Bleed The Fifth, Divine Heresy succeeded to create themselves an unique identity. Their fast and impactful riffs could break vertebras in less than a single track. Unfortunately underestimated, this album has a huge potential. Collaboration between members ends due to their other projects, but they allow them to make themselves a name, because the three guys are still very active nowadays. I recommend it to every Technical Death Metal fan as to speed lover.